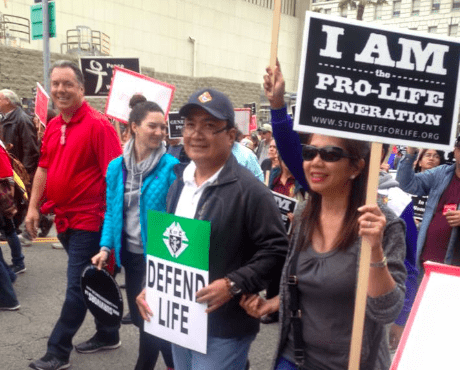 Filipino immigrant families join a pro-life march in the U.S. in 2016. WINNIE VENERACION

MANILA – Following a pro-life coalition’s call to the Food and Drug Authority to reverse the “hasty and impulsive” declaration of some 51 contraceptives as non-abortifacient, a medical doctor stressed the abortifacient mechanism of many contraceptives.

“It is important for us to understand how certain contraceptives can actually harm and destroy life at its most vulnerable stage – from the moment that life begins – upon conception – until the moment that it establishes its intimate connection with the mother’s womb –implantation,” said Leah Anne L. Zamora, MD, FPOGS, FPSUOG Department of Obstetrics and Gynecology consultant and Section of OB-GYN Ultrasound head at the Asian Hospital and Medical Center.

According to the medical doctor life begins at conception, that is, upon fertilization of the egg by the sperm.

“Any post-fertilization effect that prevents implantation of this new life or destroys it is an ‘abortifacient effect’,” explained Zamora.

Hormonal contraceptives, such as oral contraceptive pills, injectables, implants, patches, and intrauterine devices, she said, usually act by preventing the fertilization of the egg by the sperm.

“However, there are times when they fail to prevent fertilization. And so, their post-fertilization effects come into play, either to prevent the implantation of an already fertilized egg or, worse, to directly destroy it,” said Zamora, pointing out how it is possible that some of the 51 recently FDA-approved contraceptives could have the same action.

The medical consultant of Alliance for the Family Foundation Philippines, Inc. said it is close to impossible for a person to know a contraceptive’s real effect on the body. “Unfortunately, a woman taking hormonal contraceptives or using an intrauterine device would never really know whether it is the contraceptive effect or the abortifacient effect that is happening inside her body.”

She said that while IUDs usually induce a local, inflammatory reaction in the uterus that may affect the function or viability of the egg and sperm, thus preventing fertilization, fertilization is not always prevented.

“… When conception occurs, the local inflammatory reaction may destroy the embryo or make the ‘endometrium’ hostile or unreceptive to implantation of the embryo,” said Zamora, explaining how even intrauterine devices can also be abortifacient.

The doctor lamented how contraceptives transform “what should be the safest environment for a newly-conceived human being – a mother’s womb – into one that is hostile and capable of destroying life.”

The pro-life coalition, comprising groups like Prolife Philippines, Filipinos for Life, Doctors for Life, ALFI, charged that the FDA “disregarded the Supreme Court’s ruling on the need for due process before the Temporary Restraining Order (TRO) on the contraceptives can be lifted.”

In June 2015, the Supreme Court issued a TRO on some parts of the RH law, pending the re-certification of some 51 contraceptives as “non-abortifacient,” in recognition of the Philippine Constitution’s provision protecting the life of the unborn child.

The pro-life coalition revealed that “There were no rules of procedure, no opportunity given to the oppositor – the Alliance for the Family Foundation Philippines, Inc. (ALFI) – to confront the evidence, and no publication of resolutions giving evidence for its decision vs. the mass of scientific evidence presented by ALFI.” 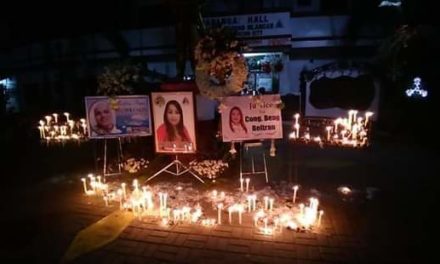 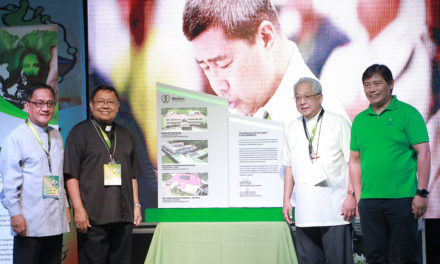