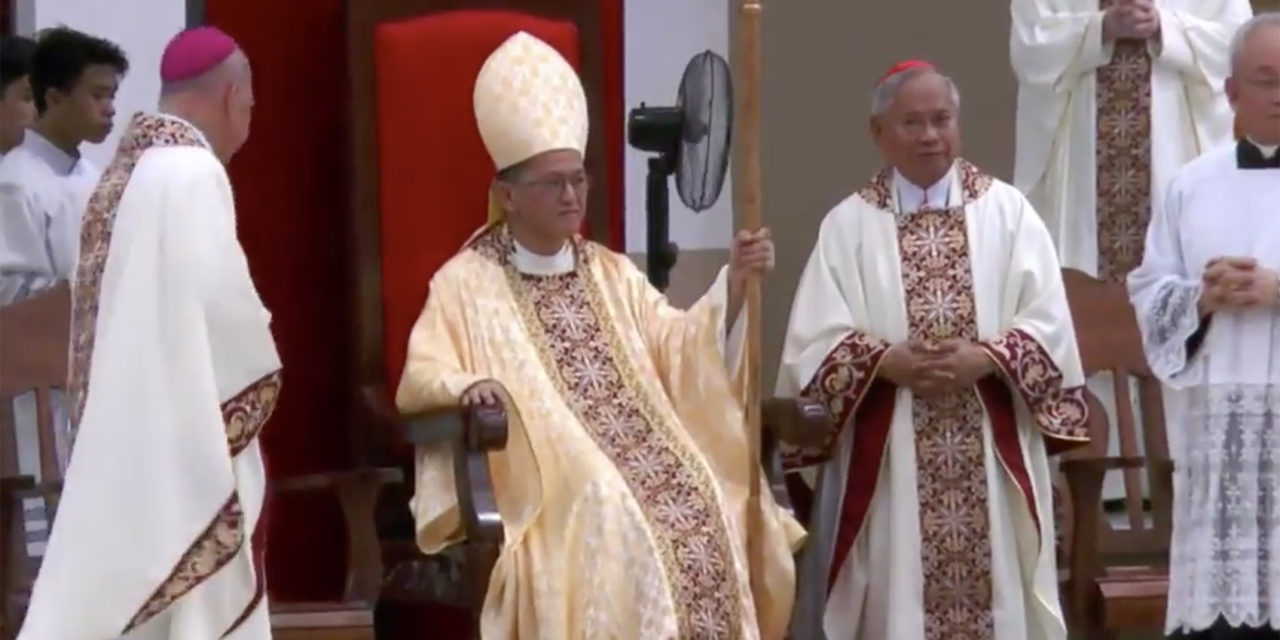 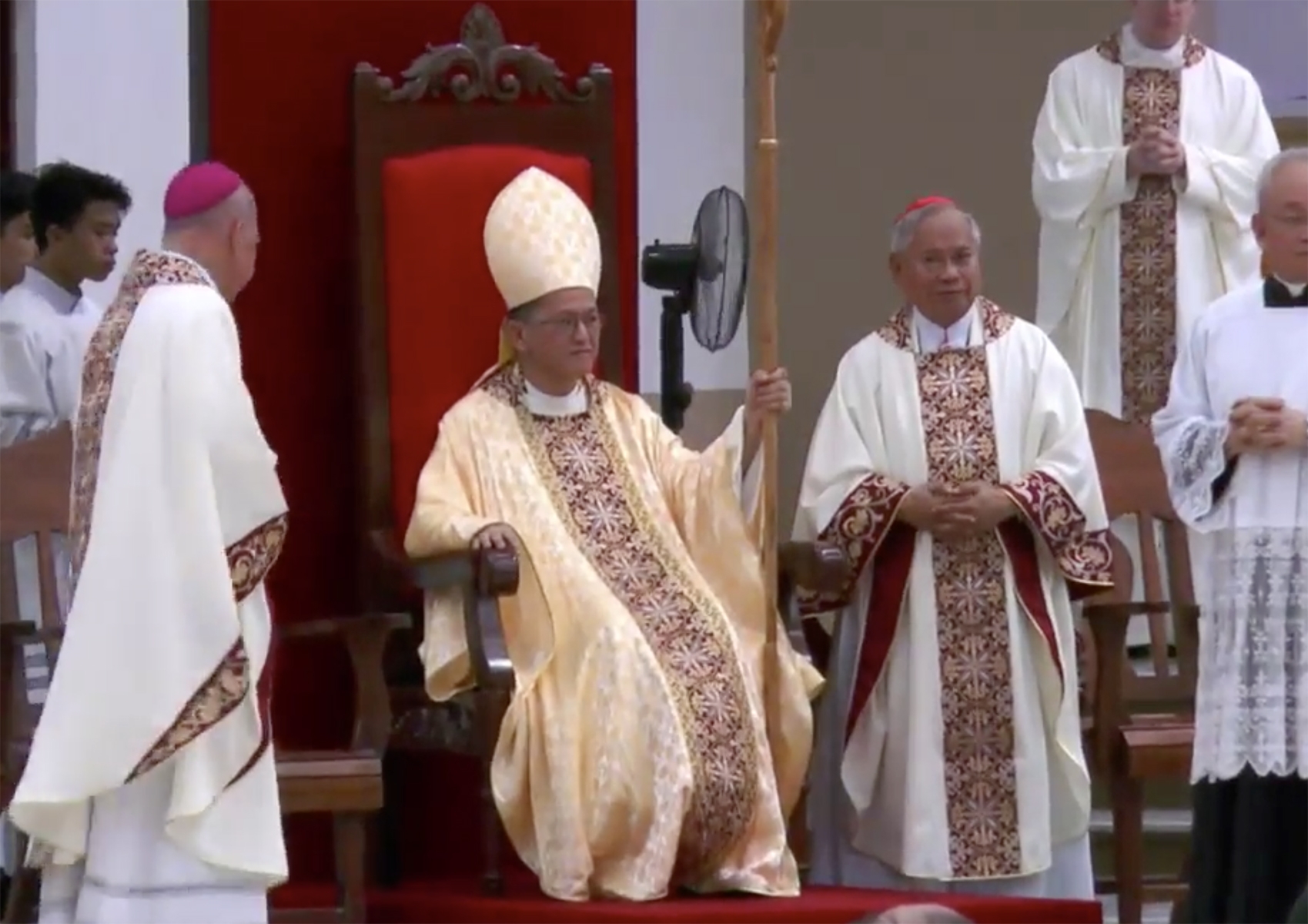 Newly ordained Bishop Cerilo Casicas is installed as the fourth bishop of the Diocese of Marbel at the Christ the King Cathedral in Koronadal City on July 11. JAYE MEMPIN PHOTOGRAPHY FACEBOOK PAGE/SCREEN GRAB

Vowing to serve Catholic Church as a “good shepherd”, Bishop Cerilo Casicas ascended to the episcopacy Wednesday, a special moment in the life of the Bohol native who has quietly served the priestly ministry for the past 23 years.

In a crowded ordination and installation rites at the Christ the King Cathedral in Koronadal City, Casicas, 51, became the fourth bishop of the Diocese Marbel and the first local priest ordained in the diocese to be named to the post.

He replaces retired Bishop Dinualdo Gutierrez who served the diocese for 37 years.

During the ceremony, Casicas received the signs of his office: a ring, a miter, and a crosier from Quevedo who served as the principal consecrator.

He assumed the responsibility of the pastoral care of the diocese’s more than 1.5 million Catholics.

In his homily, Quevedo reiterated the values of humility and simplicity at the heart of every bishop’s mission.

“Not that he (the bishop) stays in his palasyo or in the poblacion,” said Quevedo. “He has to seek out the poor in all the diocese, he has to travel to the villages and mountains, visit the B’laans and whoever they are.”

Recalling the image of Christ’s humility in washing the feet of his apostles, the cardinal said that Casicas’s “silent example of his life is the most eloquent way of proclaiming the Gospel of the Kingdom.”

“The gift of episcopacy is not earned by one’s brilliance of mind, or by one’s skills and merits,” said Quevedo. “It is totally the Spirit’s gift to be in union with God’s Son in the mission of preaching the Kingdom.”

He then urged the faithful of Marbel to pray for their new bishop as he undertakes the tasks of teaching, sanctifying, and ruling.

“[Your bishop] has many responsibilities and many of which will lie beyond his own skills and intelligence,” he added.

Pope Francis appointed Cacicas, who was then serving as the Director of Pastoral Formation and professor at the Saint John Vianney Theological Seminary in Cagayan de Oro City, as bishop of Marbel on April 28. 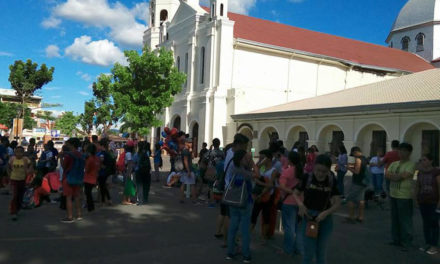 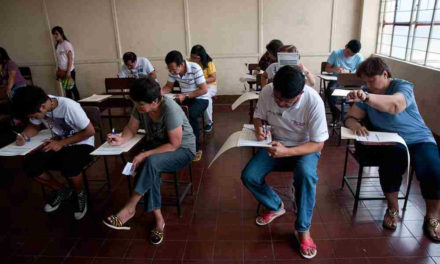 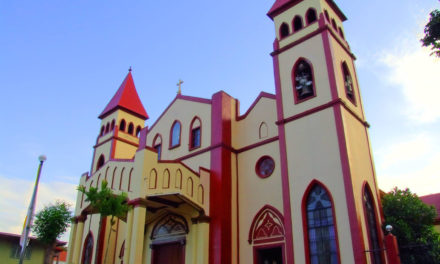 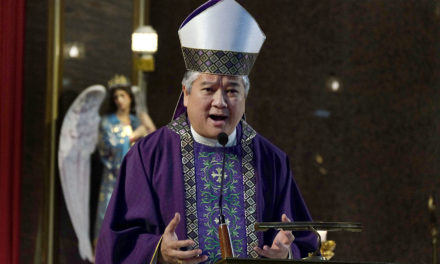