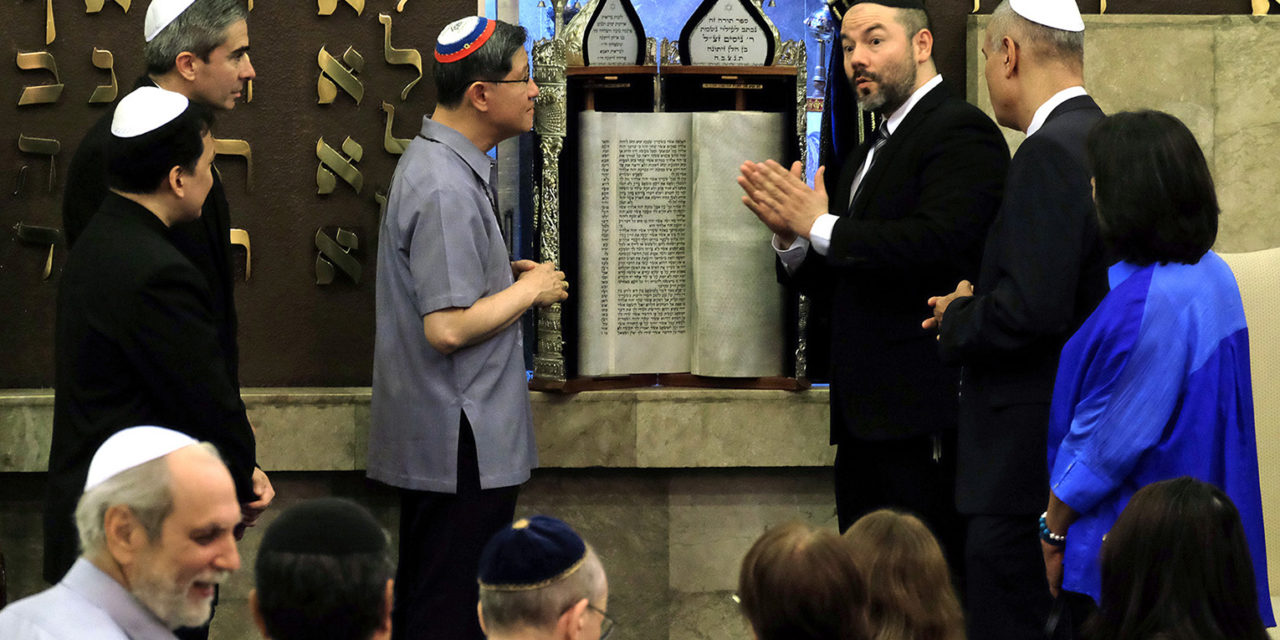 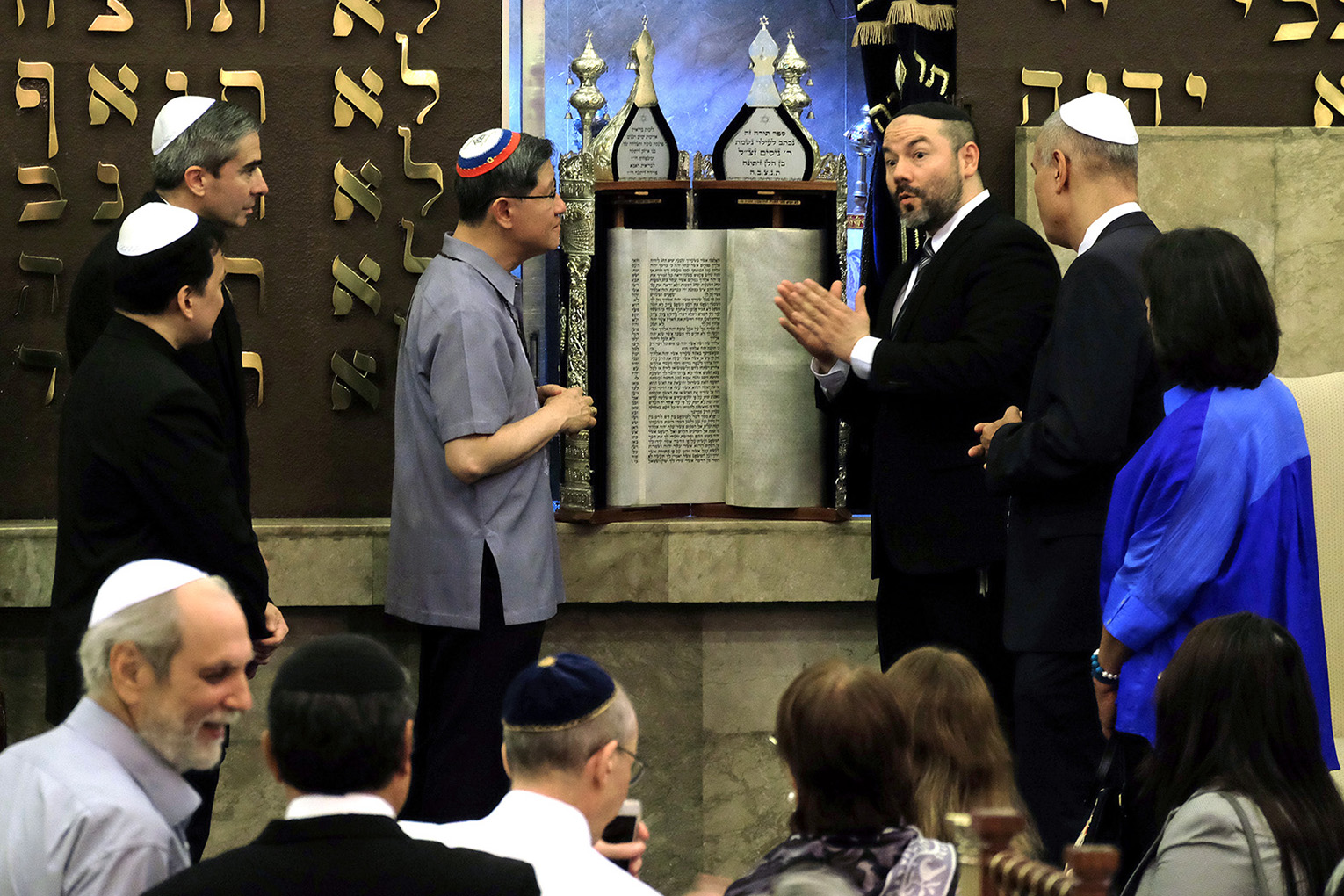 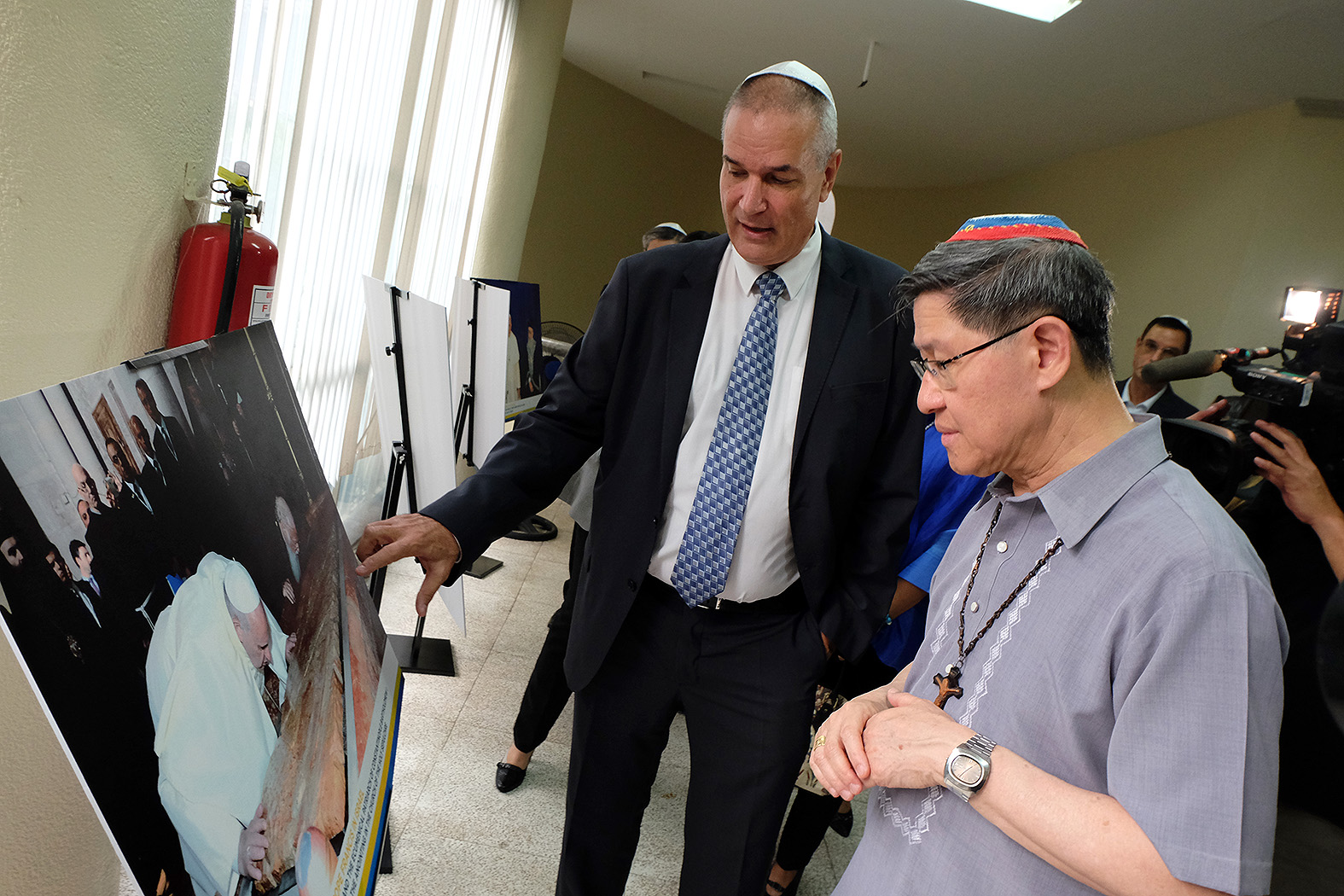 Cardinal Luis Antonio Tagle of Manila visits the synagogue of the Jewish Community in the Philippines in Makati City to mark the 25th year of diplomatic relations between the State of Israel and the Holy See June 11. ROY LAGARDE

It was the cardinal’s first visit to the Temple Emil of the Jewish Community in the Philippines, few days after he arrived from his recent “ad limina” trip to Rome.

Monsignor Arnaldo Catalan of the Apostolic Nunciature said the visit allowed them to appreciate the value of dialogue between peoples and nations amidst diversity.

He said it was also a reminder to keep open the space for dialogue and a continuing “culture of encounter”.

“An encounter that is open to all, to meet, to speak and to respect one another,” Catalan said.

The visit to the synagogue was part of the commemoration of the 25 years of diplomatic relations between the State of Israel and the Holy See.

Rabbi Eliyahu Azaria said the visit of Catholic officials “shows the friendship between the Philippines, the Catholic Church and the Jewish people”.

“I think it is a beautiful thing when we can come together even though our beliefs may be a little different but we share so much in common,” Azaraia said.

“That is the actually the key message, the message of (religious) tolerance,” he added.

At one point of the visit, Azaria toured the cardinal inside the synagogue, showing the Catholic officials their 20-year-old Torah Scroll.

The Philippines was among the few countries that opened its door to fleeing Jews during the Holocaust.

About 1,200 European Jews found refuge from the Nazis in the predominantly Catholic southeast Asian nation.

Israel Ambassador to Manila Rafael Harpaz said the Philippines has been a “blessing” to the Jewish people.

“It always opened its doors to Jews. There is no anti-Semitism here,” he said. 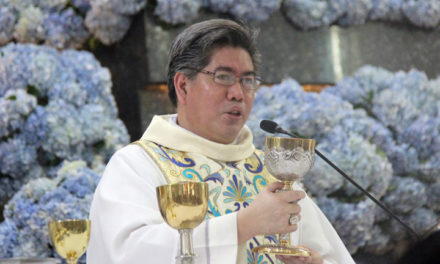 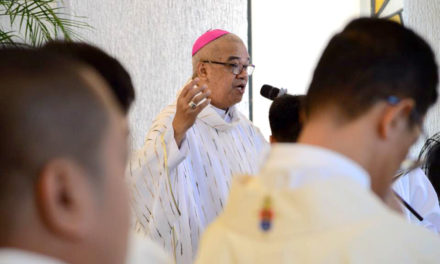 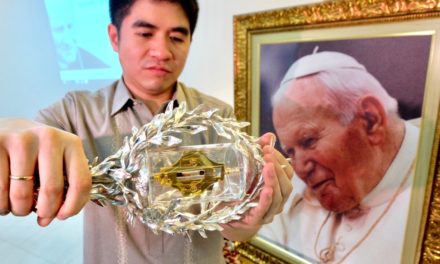