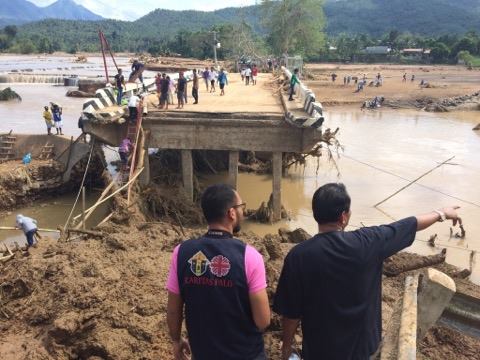 Caritas Palo conducts a needs assessment in the area of the Caraycaray bridge in Naval, Biliran, which was heavily damaged by Tropical Storm Urduja. CARITAS PALO

MANILA – The Catholic Church in Leyte through its humanitarian arm, the Archdiocese of Palo Relief and Rehabilitation Unit (Caritas Palo), delivered relief goods for 500 families affected by Tropical Storm Urduja in Biliran Province on Wednesday, Dec. 20, less than a week before Christmas.

“It’s almost Christmas time. We want to help more people in the coming days even if it means working doubly hard during the holidays. We at the Catholic Church believe that no one should be left behind,” said Caritas Palo director Fr. Al Cris Badana.

According to him, the relief goods, which were turned over to the Diocese of Naval Social Action Center in Biliran Province, were sourced from the emergency funds of the Archdiocese of Palo.

“We aim to help the most vulnerable people in the province, especially those from affected areas not yet reached by the government and other organizations. As of now, the Diocese of Naval is coordinating the distribution of relief goods to the affected communities that will be identified,” he said.

He added that they are also looking at the delivery of additional relief goods from the National Secretariat for Social Action (NASSA)/Caritas Philippines, the social action arm of the Catholic Bishops’ Conference in the Philippines, in the coming days.

Based on the initial assessment of Caritas Palo, access to clean, drinking water remains a big problem in the area. Difficulty in accessing Biliran province is also a challenge as many roads and bridges remain impassable.

“From the usual two hours, it now takes 5 hours to reach the province,” said the priest.

Aside from relief goods, Badana said the Archdiocese of Palo, led by Palo Archbishop John Du, also donated through the Diocese of Naval burial assistance for the families affected by the landslides in Naval, Biliran.

At least six landslides were reported across the province, killing more than 30 people after heavy rains caused by Tropical Storm Urduja devastated the province.

It can be recalled that the Archdiocese of Palo established Caritas Palo following the devastation of Super Typhoon Yolanda back in 2013.

Since then, Caritas Palo was able to successfully implement the Catholic Church’s largest three-year Yolanda rehabilitation program in Leyte. It was also able to respond to various calamities that hit Eastern Visayas such as Typhoons Ruby and Seniang in 2014, and the earthquake in Ormoc City early this year. 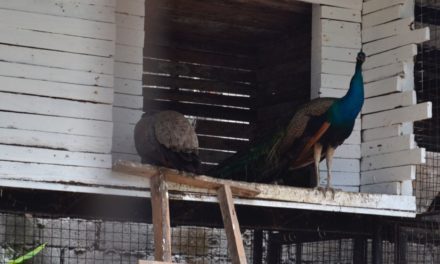 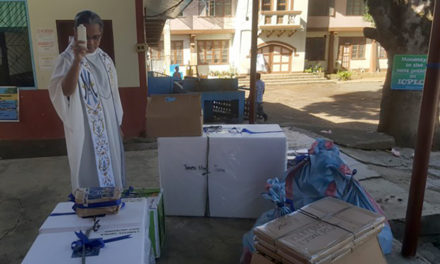 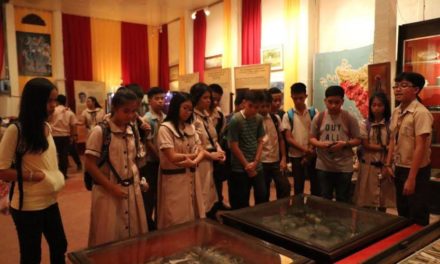