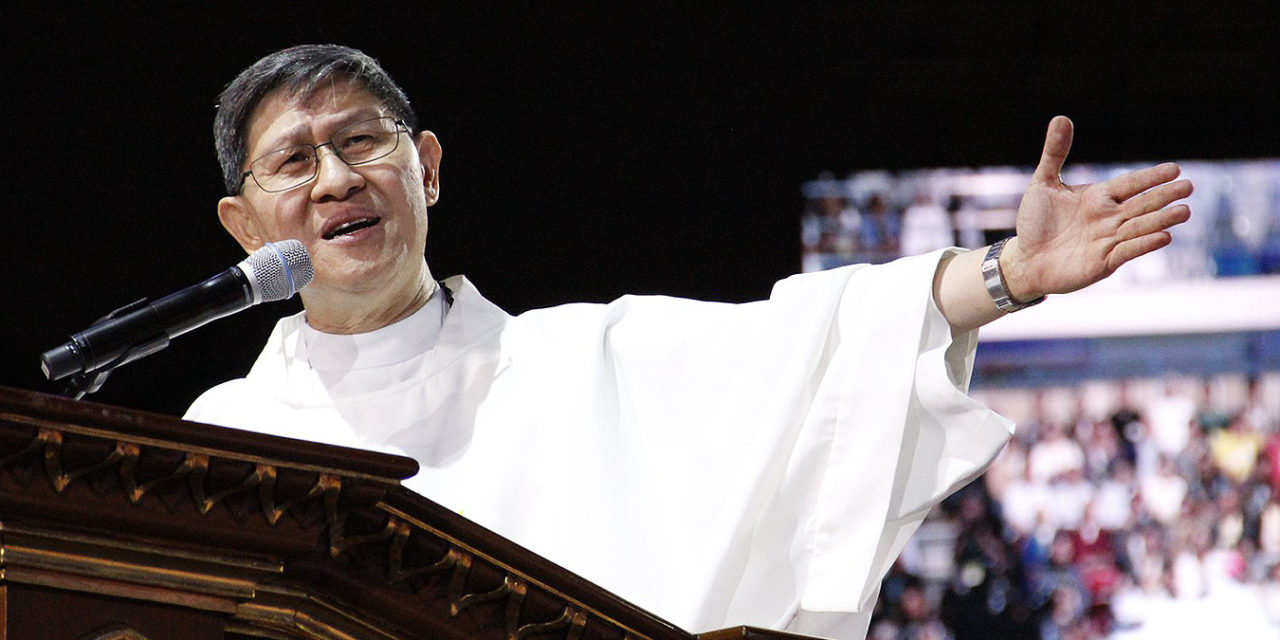 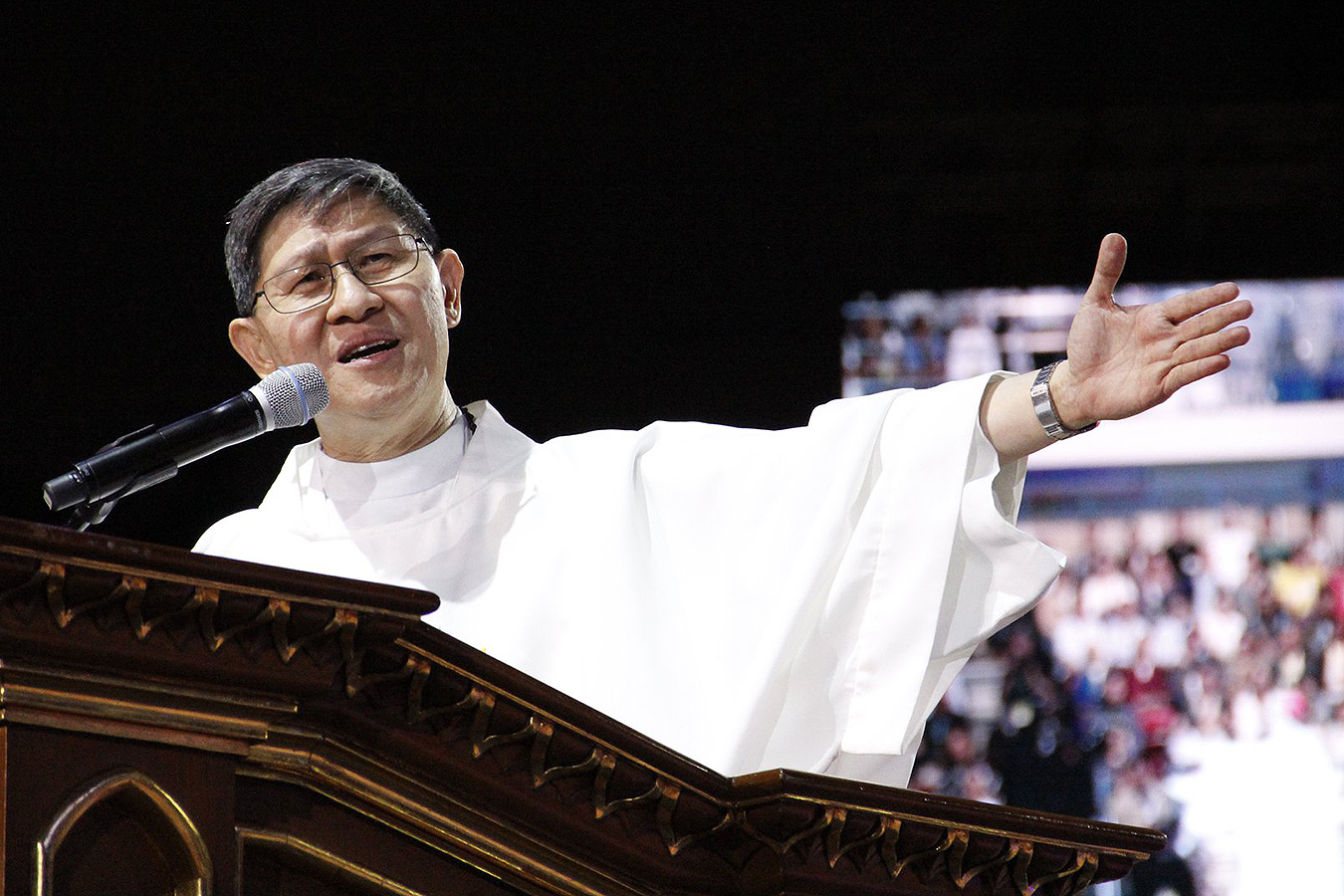 Cardinal Luis Antonio Tagle gestures while delivering his homily at the closing Mass of the Philippine Conference on New Evangelization at the UST Quadricentennial Pavilion in Manila, July 23, 2018. MARTINA SUMMER DAGAL

Cardinal Luis Antonio Tagle of Manila said that church people are called to unite people and not create division in society.

Speaking at the end of the Philippine Conference on New Evangelization on Sunday, he stressed that God wants the “unity of His people” and for them “to be one in spirit of caring”.

According to him, the church and its leaders should be an earthly reflection of the oneness of God and are called to a type of leading that would bring people together.

“All of us who have been called to follow Jesus and who have been given positions, calling and responsibility over the others should be mindful of that,” he said.

Reflecting on the various talks and testimonies during the five-day gathering, the cardinal also warned against instrumentalizing the Gospel for self-interests and “non-evangelical purposes”.

He emphasized that Jesus refuses any attempt to instrumentalized the Good News for worldly goals.

The miracle of feeding the multitude is PCNE‘s icon for the Year of the Clergy and the Consecrated Persons who like the laity share in the common priesthood.

The gathering ended with a Mass presided over by Archbishop Gabrielle Caccia, the Apostolic Nuncio to the Philippines.

In his message, the archbishop urged the faithful to “move” with compassion and “always think of a person, never a number”.

“When you see that their needs are so many, don’t think you will accomplish that work but say what you can do and give what you have and what you are to Jesus. He will perform miracles,” Caccia said.

The liturgical service ended with the distribution of at least 6,000 pieces of bread shaped into fish.

PCNE Director Fr. Jason Laguerta said the fish reminds everyone of what has been written in the Gospel where the evangelists underscored the generosity of the boy who shared five loaves of bread and two pieces of fish which Jesus Christ multiplied and fed to thousands of believers.

“The fish-shaped bread which will be distributed to the congregation is a symbol of one’s generosity and the power of Jesus to multiply the meager resources they had,” he said.

The priest said one of the reasons they chose the theme was to highlight the mission of the Church “to feed the hungry world with love of Jesus and highlight the basic identity of every Christian to be bread, broken and shared for all.”

This is also in solidarity with the poor because bread and fish are the fare of the poor, Laguerta said. WITH REPORTS FROM MELO ACUNA 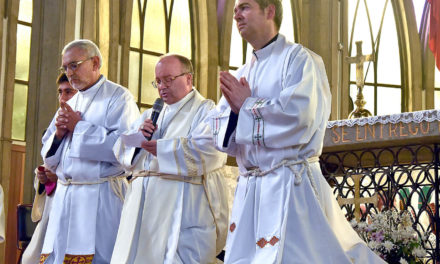 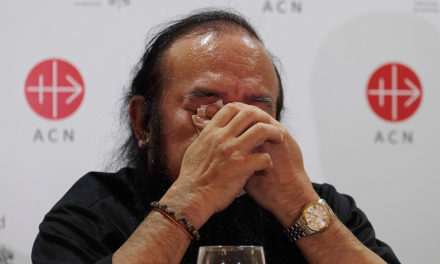 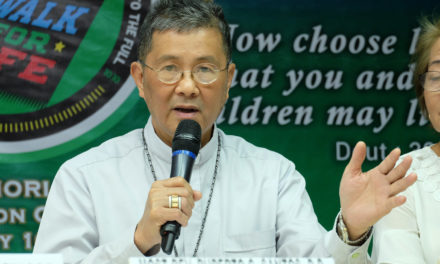 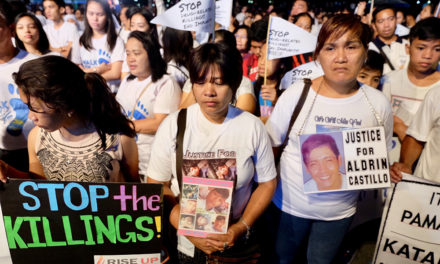