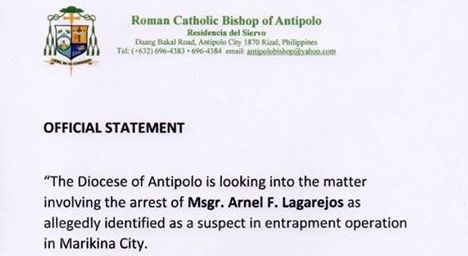 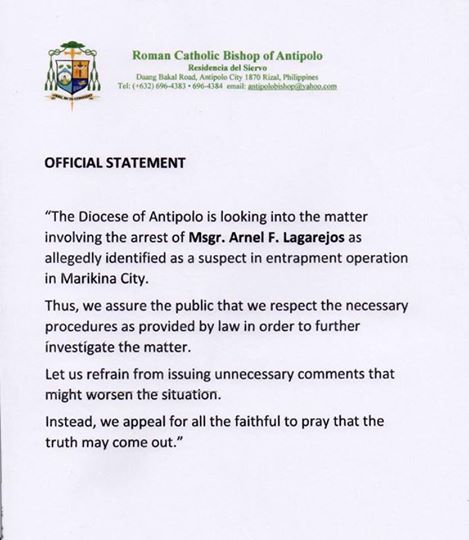 Official statement of the Diocese of Antipolo regarding the case of Msgr. Arnel Lagarejos.

MANILA— A Catholic priest has been relieved of his duties pending a police investigation into human trafficking allegations involving a minor girl.

Monsignor Arnel Lagarejos was relieved from his Taytay parish after he was caught in a police entrapment operation with a 13-year-old girl he allegedly met through a pimp on social media.

Antipolo Bishop Francis De Leon also stripped the priest all his other positions in the diocese including his being the president of Cainta Catholic College.

Citing a local police report, the diocese said the entrapment was conducted supposedly to apprehend minors involved in prostitution.

Initial investigation revealed a that 16-year-old gay pimp mediated between Lagarejos and the girl.

The priest was caught when he arrived at the at the Blue Wave Mall in Marikina City on Friday evening, where the entrapment was conducted.

The involved minors are now under the custody of the Department of Social Welfare and Development.

The 55-year old priest, on the other hand, has been subjected to inquest proceedings and facing possible criminal violations.

In an official statement, the diocese assured it “respects the necessary procedures as provided by law in order to further investigate this matter.”

The diocese also called on the public to “refrain from issuing unnecessary comments that might worsen the situation” and instead appeal “for all the faithful to pray that the truth may come out.” CBCPNews 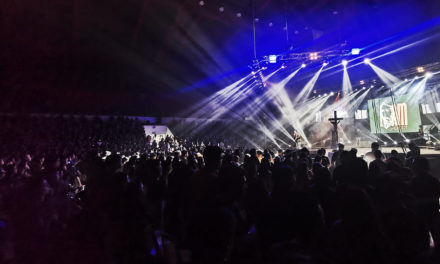 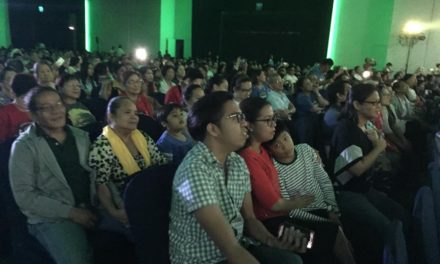 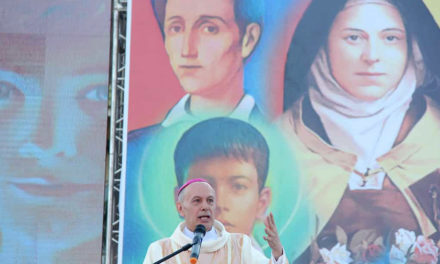 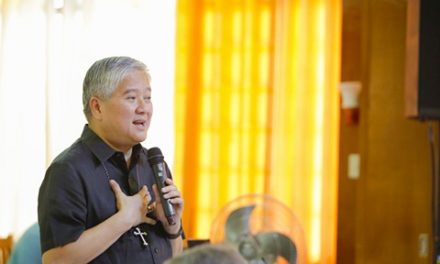 Archbishop on Marawi crisis: ‘Division not God’s plan for us’