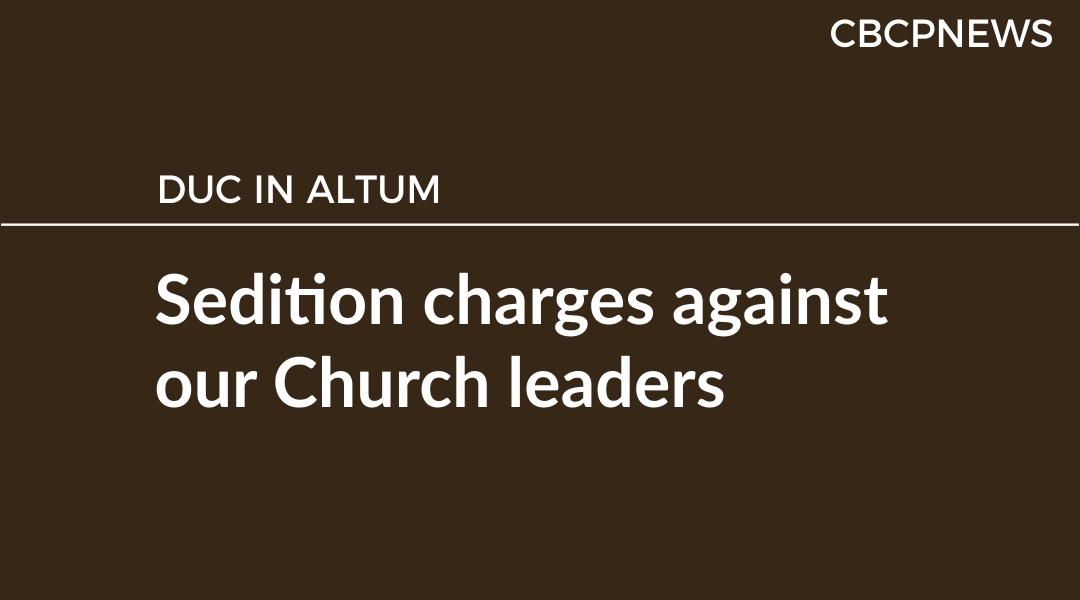 The public was not surprise when the evening news last week reported that the PNP (Philippine National Police) filed with the DOJ (Department of Justice) criminal complaint of Sedition/Inciting to Sedition, Cyber Libel, Libel and Harboring a Criminal/Obstruction of Justice (PD 1829) against, among others, Vice President Maria Leonor “Leni” Robredo and other members of the political opposition. The public knows it is coming, not because they are guilty, for that must be proven yet beyond reasonable doubt, but because it might be due to politics.

The Catholic faithful was, however, caught by surprise when some of the Church Leaders were included in the criminal complaint. I will not dwell on the other respondents, whom I do not know personally. I am more interested on our shepherds who were among the respondents.

The undated letter of the PNP requested the DOJ for appropriate action on the PNP’s criminal complaints. There is an apparent haste in the preparation of the “letter complaint” and its speedy submission to the DOJ. Some respondents were referred to by their first name, they do not have their address, a clergy was pre-emptively promoted to a higher position. Only a few of the respondents received a copy of the letter, others did not. Be that as it may, the PNP letter enumerated the complaints, leaving to the DOJ the find out what charges to file.

Let us discuss the charges slapped among the respondents. Sedition/Inciting to Sedition – Article 139 of the Revised Penal Code of the Philippines (RPC) defines sedition as “committed by persons who rise publicly and tumultuously in order to attain by force, intimidation, or by other means outside of legal methods, any of the following: (1) To prevent the promulgation or execution of any law or the holding of any popular election; (2) To prevent the National Government, or any provincial or municipal government or any public officer thereof from freely exercising its or his functions, or prevent the execution of any administrative order; (3) To inflict any act of hate or revenge upon the person or property of any public officer or employee; (4) To commit, for any political or social end, any act of hate or revenge against private persons or any social class; and (5) To despoil, for any political or social end, any person, municipality or province, or the National Government (or the Government of the United States), of all its property or any part thereof.”

On the other hand, Art. 142 of RPC defines Inciting to Sedition – is committed by any person who, without taking any direct part in the crime of sedition, should incite others to the accomplishment of any of the acts which constitute sedition, by means of speeches, proclamations, writings, emblems, cartoons, banners, or other representations tending to the same end, or upon any person or persons who shall utter seditious words or speeches, write, publish, or circulate scurrilous libels against the Government (of the United States or the Government of the Commonwealth) of the Philippines, or any of the duly constituted authorities thereof, or which tend to disturb or obstruct any lawful officer in executing the functions of his office, or which tend to instigate others to cabal and meet together for unlawful purposes, or which suggest or incite rebellious conspiracies or riots, or which lead or tend to stir up the people against the lawful authorities or to disturb the peace of the community, the safety and order of the Government, or who shall knowingly conceal such evil practices. (Reinstated by E.O. No. 187). (Underscoring supplied).

Cyber Libel and Libel – Cybercrime Prevention Act of 2012 (R.A. 10175) defined and punished offenses, among others cyber libel, however, it does not define cyber libel. It penalizes libel, as defined under the RPC, but imposes a higher penalty because of the use of information and communication technologies.

Harboring a Criminal/Obstruction of Justice (PD 1829) — any person who knowingly or willfully obstructs, impedes, frustrates or delays the apprehension of suspects and the investigation and prosecution of criminal cases by committing any of the acts mentioned in the law such as preventing witnesses from testifying, destroying evidence in any investigation,  harboring or concealing, or facilitating the escape of any person he knows committed any offense, publicly using a fictitious name for the purpose of concealing a crime, (e) delaying the prosecution of criminal cases by obstructing the service of process or court orders, etc.

Having defined the charges raised by the PNP against the Church Leaders, we know deep in our hearts that they cannot and will not commit such atrocious criminal acts. They are servants-leaders of Jesus, and they are men of peace. The Church and the local government units are actually partners in implementing pastoral and religious activities for the good of everyone. The help and assistance given by the Church to the public are more than the corporal works of mercy. Their help are open to all, irrespective of religion, faith and belief, whether they are Catholics or not. Some of these pastoral activities are the medical and dental missions, aids to victims of natural and man-made calamities, housing to typhoon victims, educational scholarship for elementary, high school and college students, financial and livelihood programs, visitation and assistance to sick persons and PWDs (persons with disabilities), street children, detained persons and their families, rehabilitation of persons with substance use disorders. It is, therefore, beyond our imagination that the clergy would commit such crimes. We pray that our Lord Almighty will let truth and justice prevail. God bless our Church Leaders! God bless the Filipinos and the Philippines! 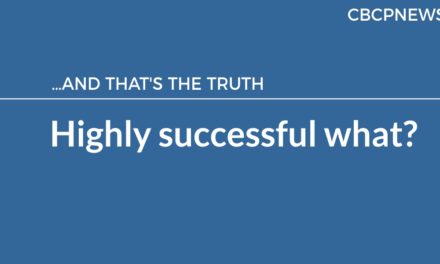 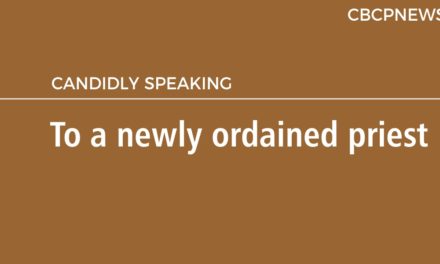