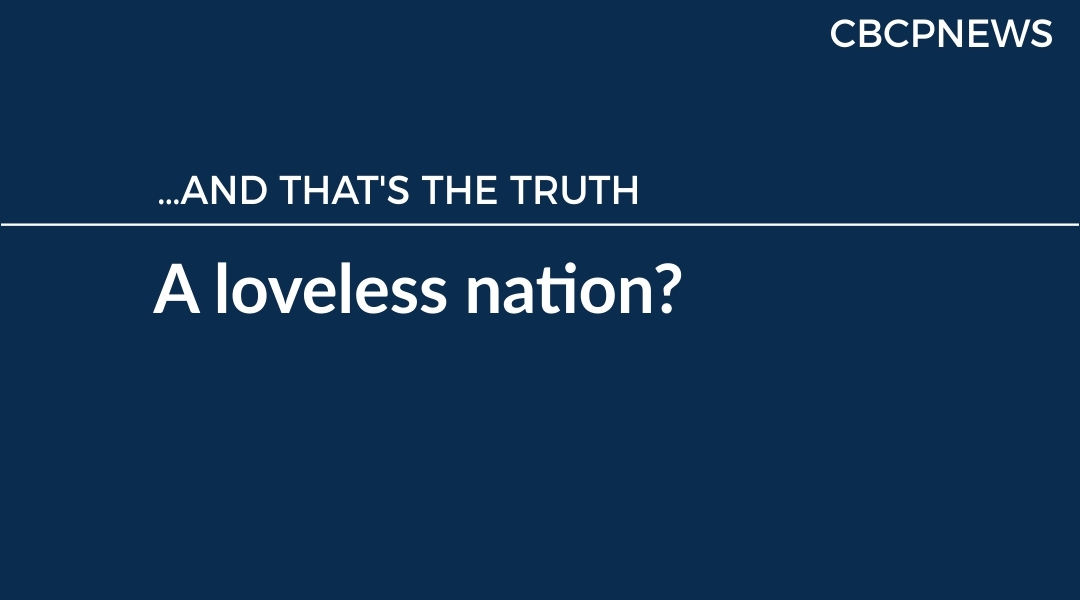 Two days after the president’s State of the Nation Address (SONA) of 2019, people are still reacting to it.  No one seems totally for or against it, because, understandably, it’s a mix of nice and nasty.  On the whole, the content of Digong Duterte’s 4th SONA reads like any other SONA before it, delivered by any other president—accomplishments, plans, hopes, goals, promises, etc.—though this one sounds naturally spicier due to a sprinkling of expletives, threats, and kanto-boy jokes typical of this chief executive’s style.

After sitting through the 93-minute presidential report, and combing the strands of my memory for more SONAs heard before, I could only wonder why despite the best intentions of our country’s leaders, our nation remains to be an underachiever of sorts.  We have pockets of successes here and there, our people occasionally display brilliance in some fields, we’re not lacking in good ideas on how to help ourselves, and yet we seem to continue to remain a “Third World country.”

Years ago, a Caucasian lady visiting the Philippines casually remarked at a dinner gathering of friends and strangers: “I loooove the Philippines—your country is so beautiful!  But there is no love in it.”  It hurt my ear, and although I was smiling, I hurled her a challenge:  “Where have you been?  Whom have you met?  What do you mean by ‘no love?’”

She rattled on about some experiences she had had, but my ear didn’t just hurt—it totally stopped working.  Hastily I classified the woman, an avowed New Age follower, as one of those “three-day experts”, foreign journalists who come to tour the country for a weekend and then go home as judges who think they know how to right every rotten thing they find here.

I was saved from spiralling into a negative mood by the memory of another dinner with friends and strangers that took place about five years earlier—this time I was the visitor, in Bogota, Colombia.  The daily “El Siglo” had published my impressions of the city—written in Spanish so bookish they had to translate it into Spanish (!)—and so the guests naturally wanted to hear more about my impressions and the purpose of my visit, etc.

Quite naively, I told them about my one-night sortie in downtown Bogota, looking for the lairs of the “gamines.”  The gamines lived on the streets, but they were not ordinary street children, according to my guide—they were “hijos de puta”, unwanted children of unwilling mothers.  Then, late 70s, they were still seen as innocent and nonviolent victims of poverty.  I saw them in vacant lots, huddled together for warmth like puppies, sleeping on cardboard mats—much like the homeless of Luneta.  When I told the guests I was writing about the gamines, the quiet gentleman seated next to me blurted out, “Why do you want to write about them?  Why don’t you write about the problems of your own country?”  I was about to say it was an assignment from the UNICEF, but I chose to shut up—no one argues against an erupting volcano.

Reacting to the Caucasian woman’s remark as I did, I finally appreciated the feeling of the Colombian guy.  And then, pondering the essence of the 2019 SONA, I was confronted with the ugly and painful truth that maybe, just maybe, she was right—there is “no love” in our country.  We have no love for our country.  Wading through the rhetorics of Rodrigo Duterte’s long-winding and rambling SONA, I spot an oasis that could lead to genuine change, as he says:

“Honestly, I have identified the enemy who dumped us into this quagmire we are in. I have met the enemy face-to-face and sadly, the enemy is ‘us.’  We are our own tormentors (addressing the Filipino people), we are our own demons; we are as rapacious predators preying on the helpless, the weak and the voiceless.

“We find corruption everywhere in government with every, malefactor watching his cohort’s back in blatant disregard of his oath when he assumed public office. Even the language has evolved to soften the wickedness of the criminal act.  ‘For the Boys’, ‘sponsoring an event’ or what-else-have-you. No amount of euphemism can trivialize or normalize betrayal of public trust or any other criminal offense…  It is both a national embarrassment and a national shame… For every transaction, a commission; for every action, extortion; and a request that goes on and on—endlessly and shamelessly… What we, individually and collectively, need to do today – not tomorrow but today (is)… self-purgation followed by the resolve to do what is right and proper… it is good for the nation’s health…

“My countrymen, it is a sad commentary that we cannot distinguish our need from our greed, our principles from our prejudices, the real from the fake, and the truth from a lie. The reason is because to many of us, what matters above all is the ‘self.’  It is selfishness at its worst, with no purpose other than personal aggrandizement.”

The president’s sentiment evokes the words of Muslim theologian, philosopher and mystic Al Ghazali:  “Declare your jihad on enemies you cannot see—egoism, arrogance, conceit, selfishness, greed, lust, intolerance, anger, lying, cheating, gossiping, and slandering. If you can master and destroy them, then you will be ready to fight the enemy you can see.”  And that’s the truth. 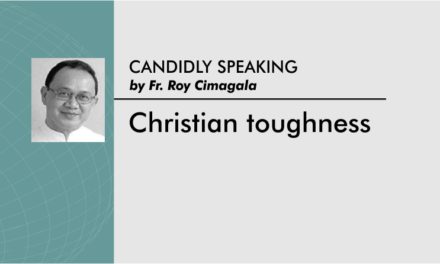