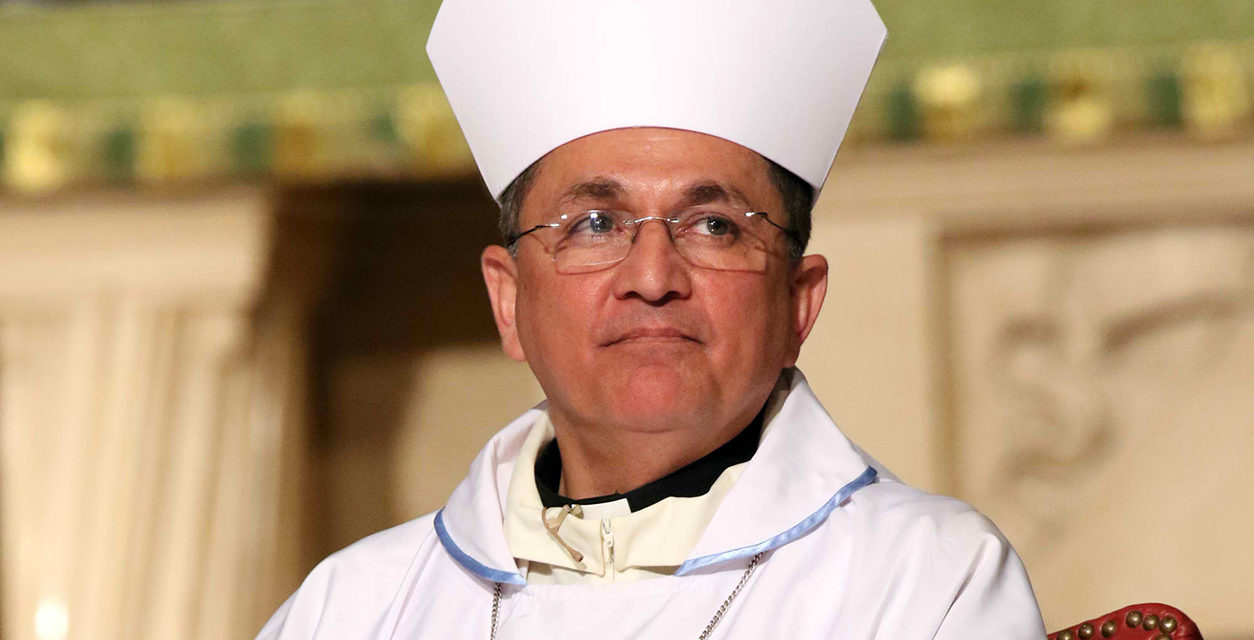 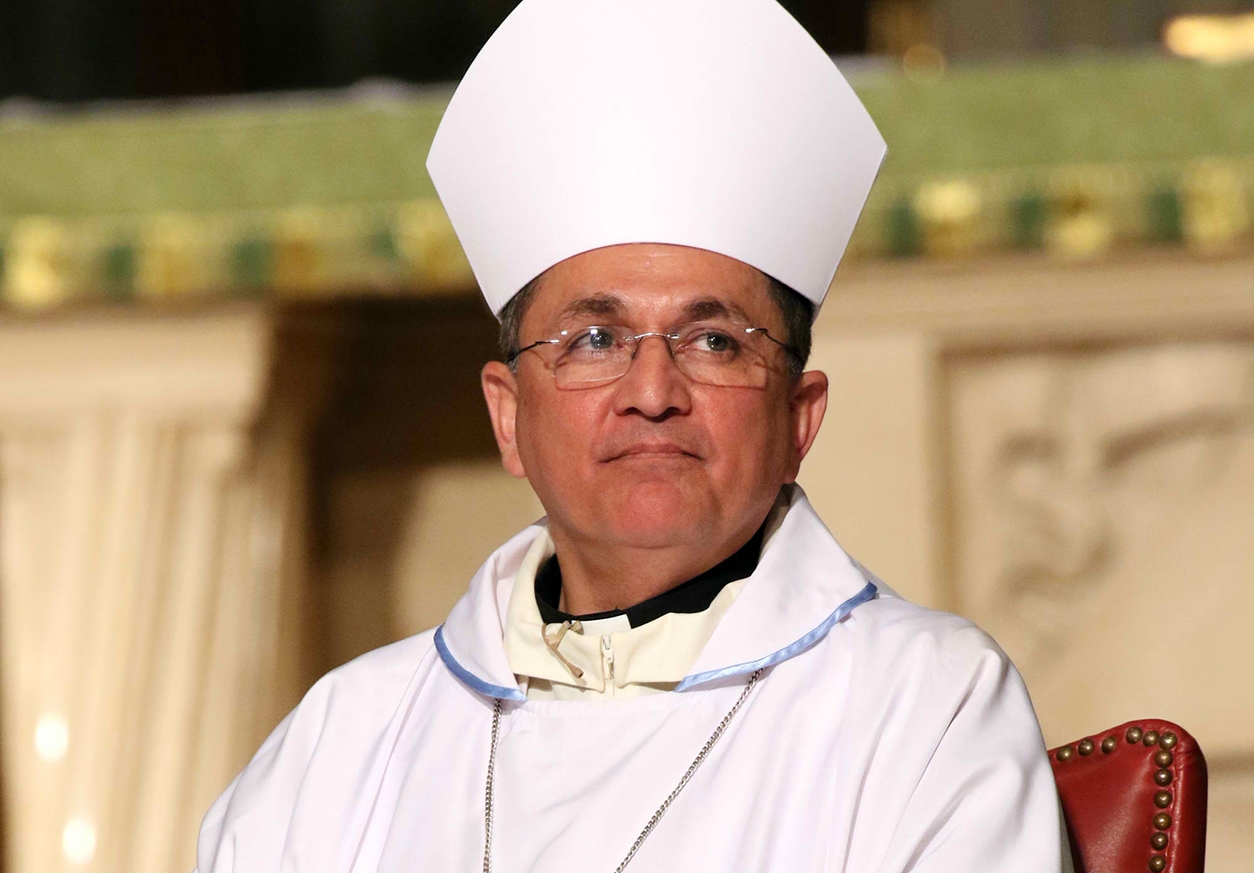 Auxiliary Bishop Juan Jose Pineda Fasquelle of Tegucigalpa, Honduras, listens to the readings while celebrating Mass in early February at St. Patrick’s Cathedral in New York City. After an investigation into alleged irregularities in the Archdiocese of Tegucigalpa, Pope Francis accepted the resignation of Bishop Pineda. GREGORY A. SHEMITZ/CNS

VATICAN—  After an investigation into alleged irregularities in the Archdiocese of Tegucigalpa, Honduras, Pope Francis accepted the resignation of 57-year-old Auxiliary Bishop Juan Jose Pineda Fasquelle.

The Vatican made the announcement July 20 without specifying the reasons the bishop stepped down. The normal retirement age for bishops is 75.

In a letter dated July 20 and released to the press, Bishop Pineda wrote that he wanted to serve his archbishop, the clergy, seminarians and the people of God. “If I succeeded, blessed be God. If I failed, I ask forgiveness.”

The reasons for stepping down, he wrote, are known to God and his superiors.

Bishop Pineda said he had asked Pope Francis several months ago to allow him to resign. “I wish all of us to be at peace,” he wrote.

The bishop said he would use his time for prayer, reflection and personal formation, which everyone should take time out for, he added. And if the moment were to arise, he said, to “continue to give my best to the church and you.”

An unsigned communique from the archdiocese thanked the bishop for his 13 years of service as auxiliary bishop and offered prayers “for the new mission entrusted to him.”

Vatican spokesman Greg Burke confirmed in late 2017 that Pope Francis had ordered an investigation into alleged irregularities in the archdiocese, but he did not provide further details.

Allegations had surfaced at the time that Cardinal Oscar Rodriguez Maradiaga of Tegucigalpa had inappropriately used money received by the archdiocese from the Catholic University of Honduras; the cardinal, a member of the pope’s international Council of Cardinals, is chancellor of the university.

An online report by the Italian news outlet, L’Espresso, said local newspapers had reported Bishop Pineda, the cardinal’s deputy, had played a role in the alleged mismanagement of diocesan funds.

Cardinal Rodriguez denied the allegations and said in December that Bishop Pineda had asked the pope for an apostolic visitation “in order to clear his name.”

The U.S. weekly National Catholic Register has reported it obtained some of the testimonies given to the Vatican investigator by two former seminarians who accused the bishop of serious sexual misconduct.

Born in December 1960, Bishop Pineda entered the Claretian religious order; he was ordained a priest in 1988. Pope Benedict XVI named him auxiliary bishop of Tegucigalpa in 2005. 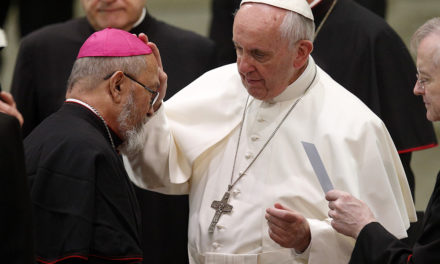 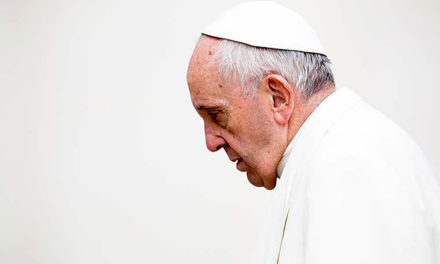 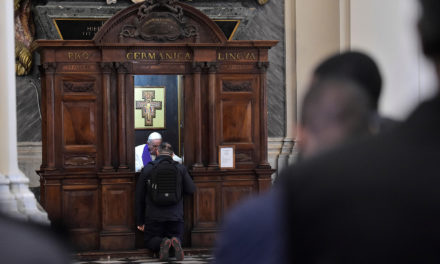 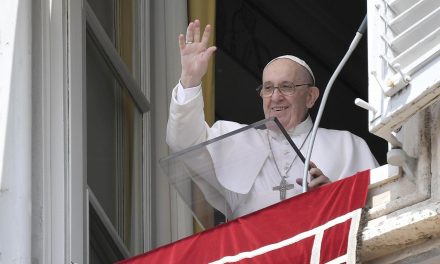 Pope Francis: ‘The Lord wants a loving relationship with us’