Today is a day of deep sadness and indignation for our nation.

We, the Association of Major Religious Superiors in the Philippines, are saddened over the decision of the Committee on Legislative Franchises of the House of Representatives to deny the petition to renew the franchise of the media network ABS-CBN.

We are indignant that after submitting itself to the inquisition of the committee and after satisfactorily answering all its accusations, it chose to deny the franchise renewal of ABS-CBN.

Today’s disgraceful act is nothing more than a brazen display of trapo power! The heavens now weep for this blow to the Constitutional guarantee of the freedom of the press and the people’s right to receive information on matters of public concern from the sources they trust. Today, the voices we heard in Congress were not representative of our voices, but of their own personal Interests gripping shamelessly.

We pray for the thousands affected by the closure and offer them our sincerest solidarity and prayers. Rest assured that we continue to be with you during these trying times.

We salute the eleven lawmakers who stood up until the end in defending not only the franchise renewal, but most importantly the hard-won democratic right of press freedom forcibly taken away during the dark era of Martial Law.

We are appalled by the way the entire proceedings were conducted. Statements and allegations hurled against ABS-CBN by some during the hearings were so scandalous that we could not help but feel that the hearings were nothing but a complete sham. We are wondering why, despite the evidences and statements from several government agencies clearing the allegations thrown against the media giant, the recommendations given by the Technical Working Group (TWG) merely repeated these baseless allegations.

Why close the network that has provided not only information and entertainment, but also concrete relief and assistance, to millions of Filipinos, especially during these trying times of COVID-19 pandemic? Where will the poor people in the rural areas get news and information much needed, especially that their areas can only access ABS-CBN? What will happen to the 11,000 employees of the media network who will lose jobs especially during these rough times? Will they be able to find employment easily, as one senator suggested yesterday? But most importantly, who will benefit from this closure?

We affirm that the issue of the franchise renewal is not merely an issue of renewing the franchise permit of ABS-CBN, but more so, it is an issue of upholding the fundamental right of press freedom and access to information by the people. This is also an issue of the right to job security of the thousands of workers who will lose their jobs in the midst of the pandemic. Truth, no matter how inconvenient or painful, must never be fettered nor suppressed. The closure of ABS-CBN is simply about the wounded egos of those in power and their Machiavellian mindset of brooking no question to their pride and authority.

We remind our public servants that those who lust for absolute power will eventually have their day of reckoning, those who put their interests above that of the people who voted for them will eventually be thrown in the dustbin of history. 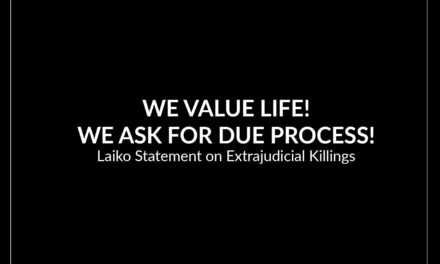 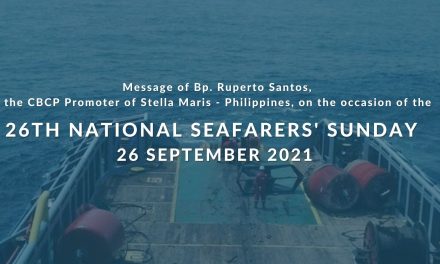 Filipino seafarers: A gift to the world and to the Church 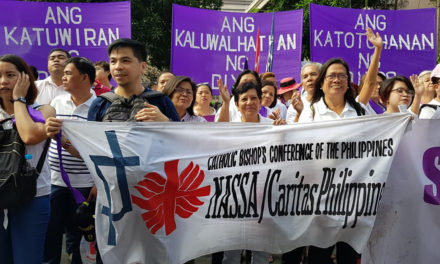