At Via Crucis, Pope Francis prays for those serving the suffering 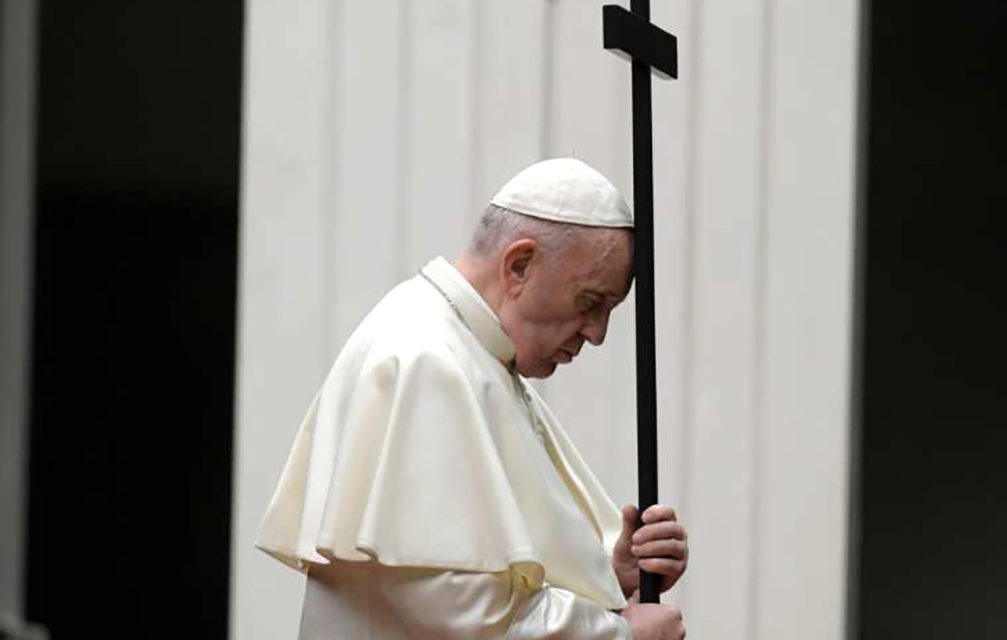 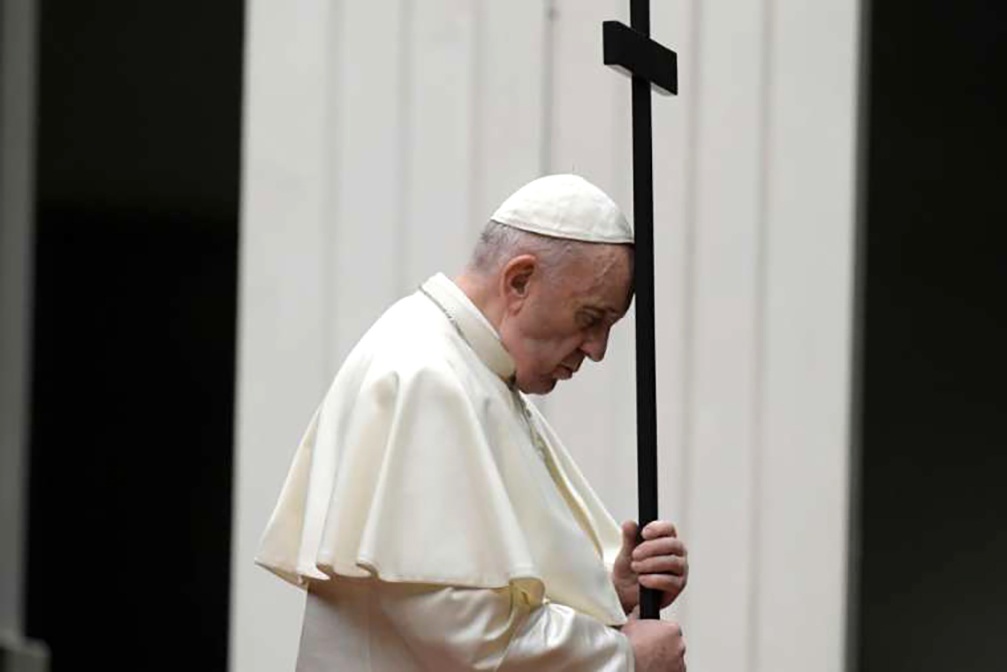 Pope Francis presides at the Stations of the Cross outside St. Peter’s Basilica. VATICAN MEDIA

VATICAN— Pope Francis prayed for those who are serving the suffering as he presided at the Stations of the Cross in a deserted St. Peter’s Square on Good Friday evening.

At the conclusion of the Stations, the pope prayed: “O God, eternal light and day without sunset, fill with your goods those who devote themselves to your praise and the service of those who suffer, in the countless places of humanity’s sorrow. Through Christ our Lord. Amen.”

The official booklet for the ceremony suggested the pope would then offer a short reflection, but instead he simply imparted his apostolic blessing.

With Italy under lockdown due to the coronavirus pandemic, this was the first time in decades that the Via Crucis was not held at the Colosseum, a Roman amphitheater associated with the Christian martyrs.

The pope had asked the chaplaincy at the “Due Palazzi” House of Detention in Padua, northern Italy, to prepare the meditations for this year’s Stations of the Cross. Contributors included parents whose daughter was murdered, the child of a man sentenced to life imprisonment, a magistrate, a prisoner’s mother, a corrections officer and a priest acquitted after eight years in the justice system.

The reflections, which were written in the first person but did not identify their authors by name, were read out as the small group carrying the cross processed around the Egyptian obelisk at the center of St. Peter’s Square, which was lit by lines of small fires.

Among those who carried the cross were two medical professionals helping to lead the fight against COVID-19 in Rome. Esmeralda Capristo, an internist, and Paolo Maurizio Soave, an anesthesiologist, are treating coronavirus patients at the Gemelli University Hospital and the Columbus Covid 2 Hospital.

After the first eight stations, the group bearing the cross moved to a fan-shaped area in front of St. Peter’s Basilica. The 12th Station, “Jesus dies on the cross”, took place before the Crucifix of San Marcello, which is credited with liberating Rome from plague in 1522.

The crucifix was displayed on March 27, when the pope gave his Urbi et Orbi blessing amid a torrential downpour, as well as on Palm Sunday and at the Solemn Celebration of the Lord’s Passion.

At this evening’s ceremony the miraculous crucifix stood facing Pope Francis, who led the Stations from a platform beneath the facade of St. Peter’s.

The introduction to the meditations, which were compiled by chaplain Fr Marco Pozza and journalist Tatiana Mario, said: “Accompanying Christ on the Way of the Cross, with the raw voices of those who live behind the walls of a prison, is an opportunity to view the great battle between life and death, to discover how the threads of good and evil inevitably intertwine.”

It continued: “Contemplating Calvary from behind bars is to believe that an entire life can be played out in a few moments, as happened to the good thief.”

The Holy See Press office released a message Friday from Pope Francis thanking members of the parish of “Due Palazzi” for composing the meditations.

“Thank you for sharing a piece of your story with me,” the pope wrote. “God tells of Himself and speaks to us within a story. He invites us to listen attentively and mercifully. I want to thank you also because you have scattered your names not in the sea of anonymity, but of the many people linked to the prison world.”

“Thus, in the Way of the Cross, you will lend your story to all those in the world who share the same situation.” 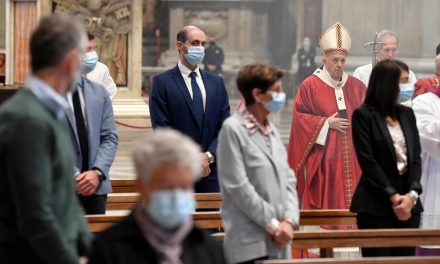 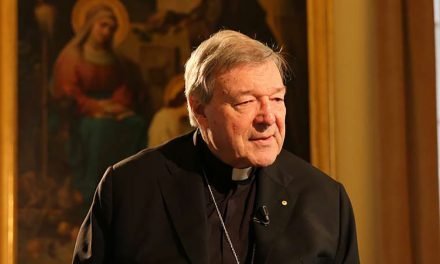 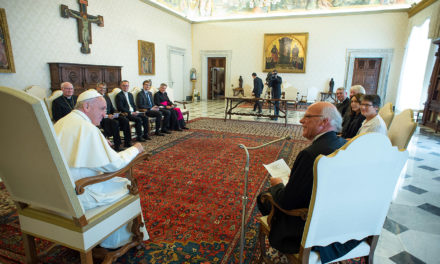