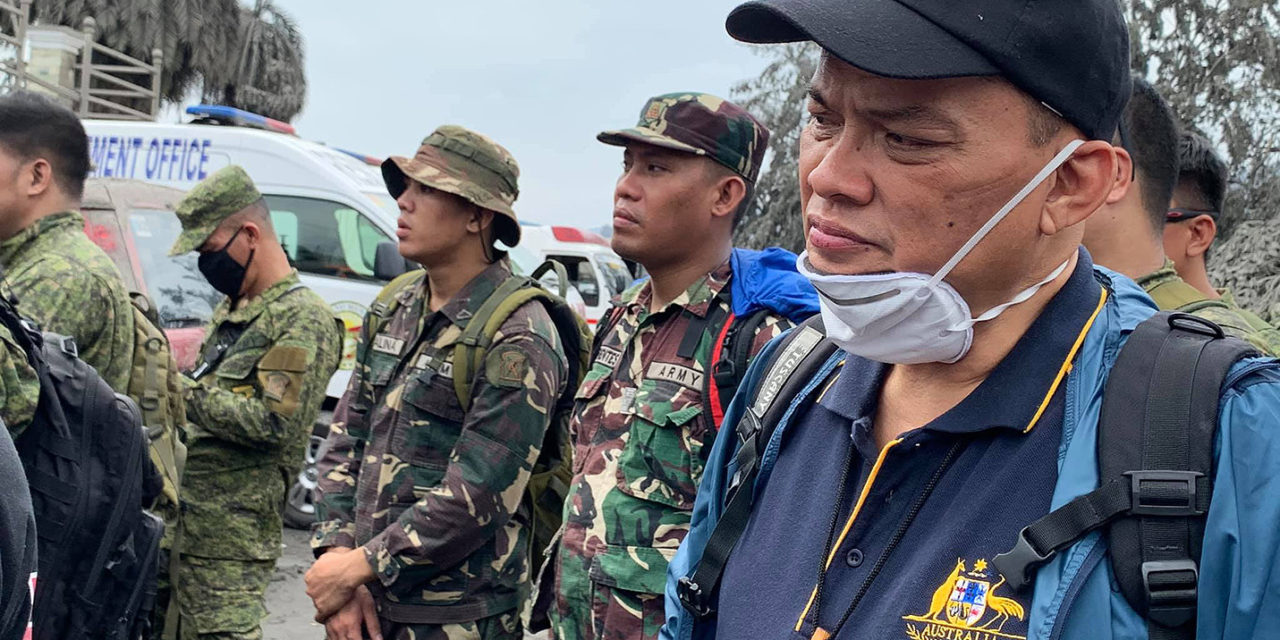 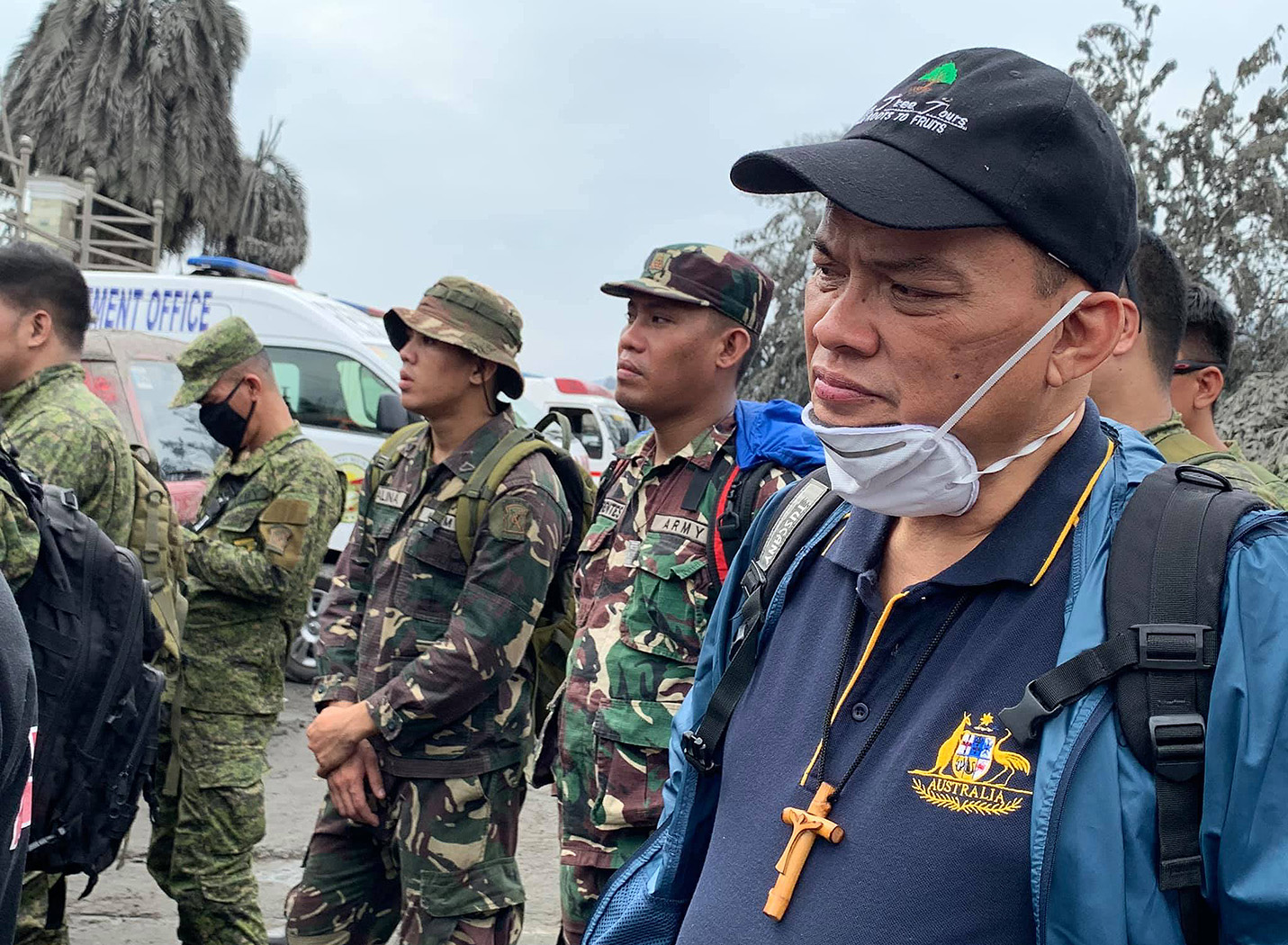 Archbishop Gilbert Garcera visits the town of Talisay in Batangas province after the eruption of Taal Volcano Jan. 13. COURTESY OF FR. JAZZ SIAPCO/LASAC

A Church official has called on the public not to spew fake news in social media amid the Taal volcano eruption.

Archbishop Gilbert Garcera of Lipa on Wednesday officiated Mass with volunteers helping the church’s relief efforts at its command center in the city.

In his homily, he lamented the spread of “fake news” which gives a false depiction of the situation and causes confusion.

“Let us get information from credible sources because many fake news are coming out,” Garcera said.

He cited, for instance, the online rumor of an alleged car crash in Agoncillo town that claimed 21 lives was false information.

The archbishop also lamented a post using his name asking for donations to certain bank accounts.

He clarified that archdiocese’s Social Action Commission (LASAC) is their only recognized entity to accept donations.

The Philippine Institute of Volcanology and Seismology earlier denied social media posts that an Alert Level 5, signifying that a “hazardous explosive eruption” was in progress, had been raised over Taal Volcano.

It clarified that the volcano, which experienced a phreatic eruption on Sunday, was still under on Alert 4, but may soon have a “hazardous explosive eruption”.

The archdiocese is working closely with emergency organizations. Several church institutions have been converted into temporary evacuation centers.

Aside from relief goods, the archdiocese has also been providing “psychological first-aid” to the victims.

Archbishop Garcera thanked the volunteers who are helping all efforts to help the thousands displaced by the eruption.

In the archdiocese, he noted the volunteers dominated by young people.

“Faith is service to our fellows. You receive faith, you share faith,” Garcera said. “Let us make this the moment of faith.”

Masses will also be held in all evacuation centers in Batangas province on Saturday.

“Aside from water and food that the government provides, what the Church can also give is strengthening of faith,” Garcera said. 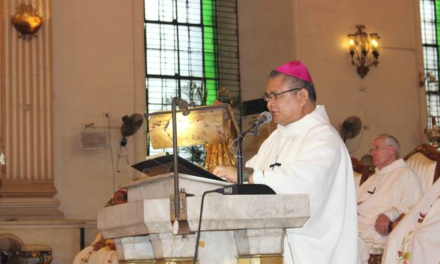 Keep the faith in our trying times — Marawi prelate