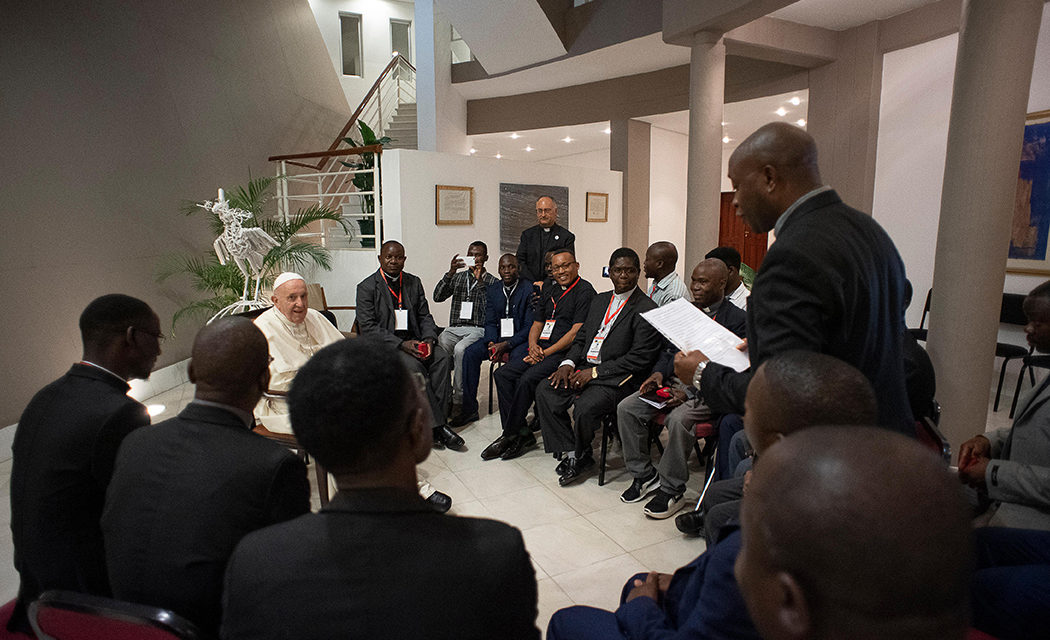 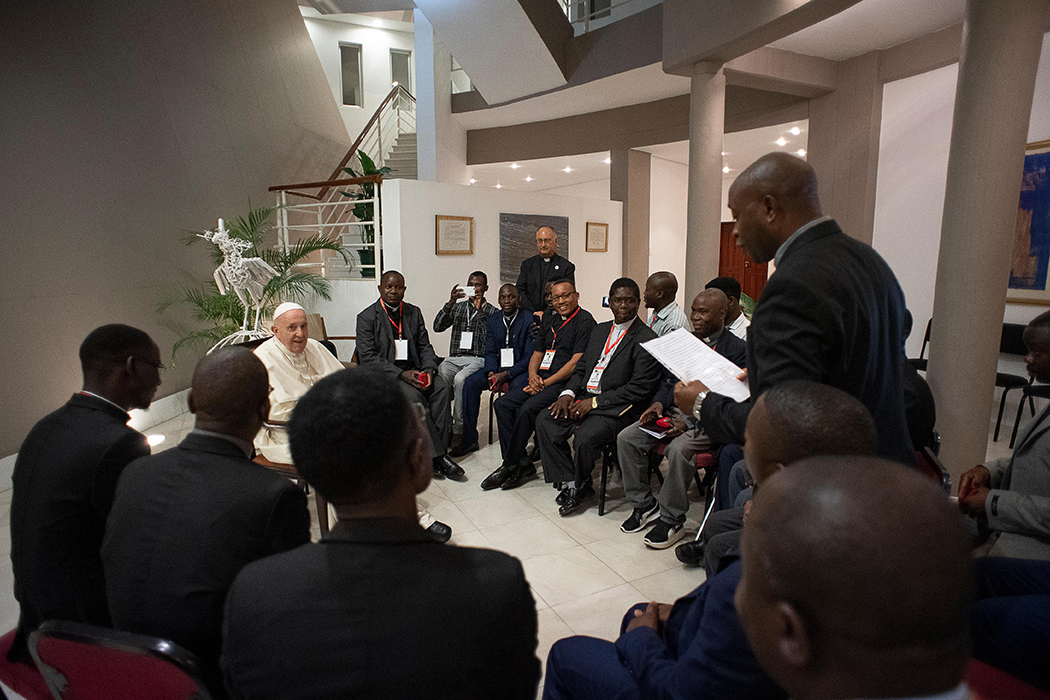 Pope Francis meets with Jesuits in Maputo, Mozambique, Sept. 5, 2019. One of the Jesuits asked Pope Francis how his experience of God has changed since he was elected pope in 2013; he replied that he has greater responsibilities now and his prayers of intercession include global concerns, but he is still a sinner who goes to confession every two weeks. CNS/VATICAN MEDIA

ROME— While his responsibilities are greater and his prayer list longer, Pope Francis said he’s basically the same person he was before he was elected in 2013, so he still goes to confession every two weeks.

“The mere fact that I now dress all in white has not made me any less sinful or holier than before,” he told Jesuits in Mozambique Sept. 5, according to a transcript of the meeting published Sept. 26 by La Civilta Cattolica.

Often on trips abroad, Pope Francis spends time with local Jesuit communities and holds a question-and-answer session with them. Weeks later, a transcript of the exchange is published by La Civilta Cattolica, a Jesuit journal in Rome.

In Mozambique, a Jesuit had asked the pope how his experience of God has changed since he was elected pope.

“I guess my experience of God hasn’t fundamentally changed,” he responded. “I speak to the Lord as before. I feel God gives me the grace I need for the present time. But the Lord gave it to me before. And I commit the same sins as before.”

“I am and I remain a sinner,” he told his fellow Jesuits. “That’s why I confess every two weeks.”

“My relationship with the Lord has not changed, apart from a greater sense of responsibility and a prayer of intercession that has spread to the world and to the whole church,” he said. “But the temptations are the same and so are the sins.”

The question led Pope Francis to talk about St. Peter, the apostle’s insecurities and sometimes-wobbly commitment to the Lord and to conclude, “There is no magic in being elected pope. The conclave doesn’t work by magic.”

Another Jesuit asked about the old Jesuit-staffed Apostleship of Prayer, which is now known as the Pope’s Worldwide Prayer Network.

Catholics, Pope Francis said, need to learn the art of the “the prayer of intercession,” courageously and boldly holding up someone else’s needs to God and asking God to intervene.

As for the global network that encourages people to pray for the pope’s intentions, specifying a new intention each month, Pope Francis said: “It is important that people pray for the pope and his intentions. The pope is tempted, he is very besieged: Only the prayer of his people can free him, as we read in the Acts of the Apostles. When Peter was imprisoned, the church prayed incessantly for him.

“If the church prays for the pope, this is a grace,” he said. “I really do feel the need to beg for prayer all the time. The prayer of the people is sustaining.” 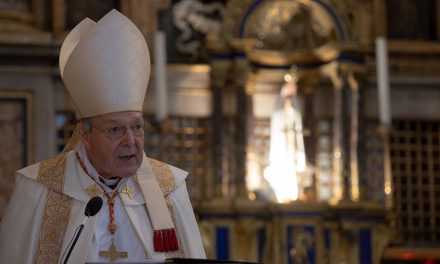 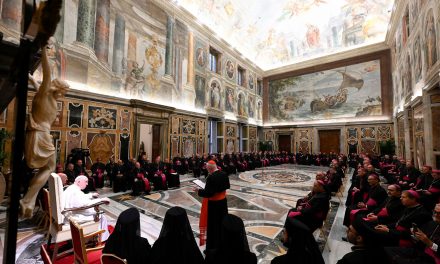 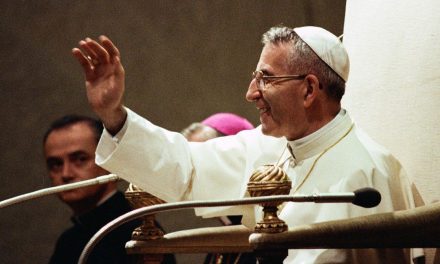 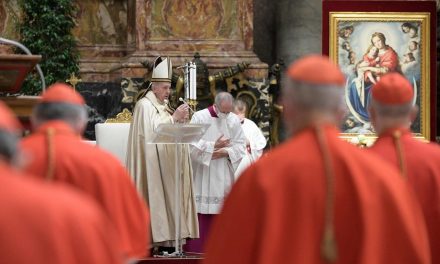 What changes may be coming to the College of Cardinals in 2021?