Benedict XVI meets with recipients of the Ratzinger Prize 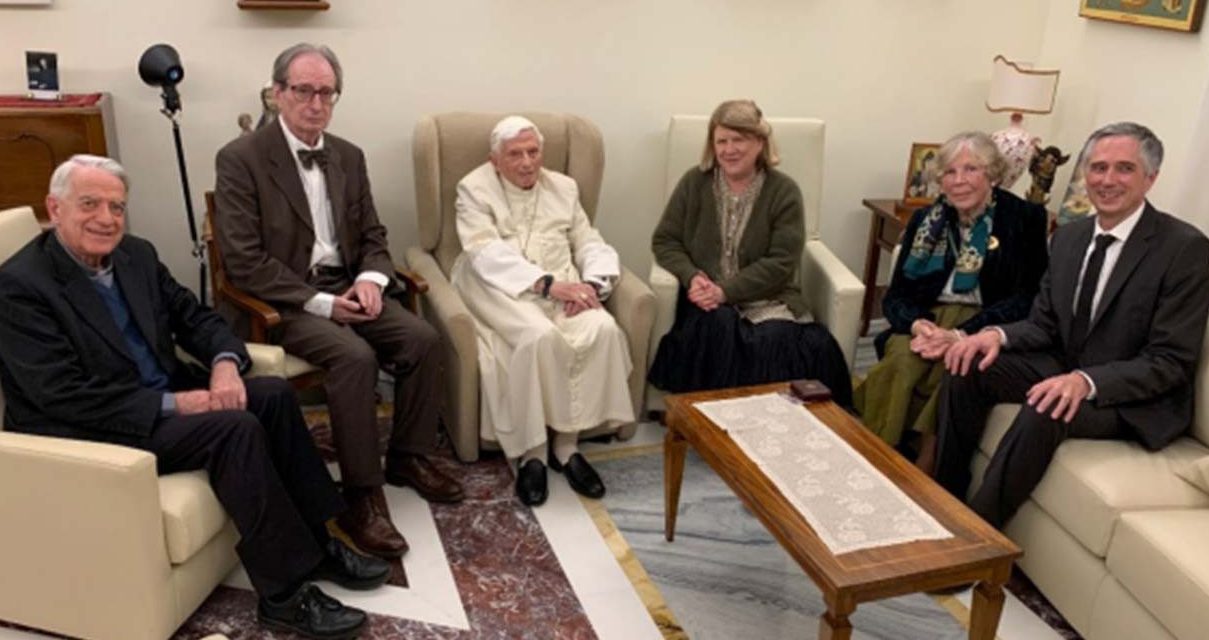 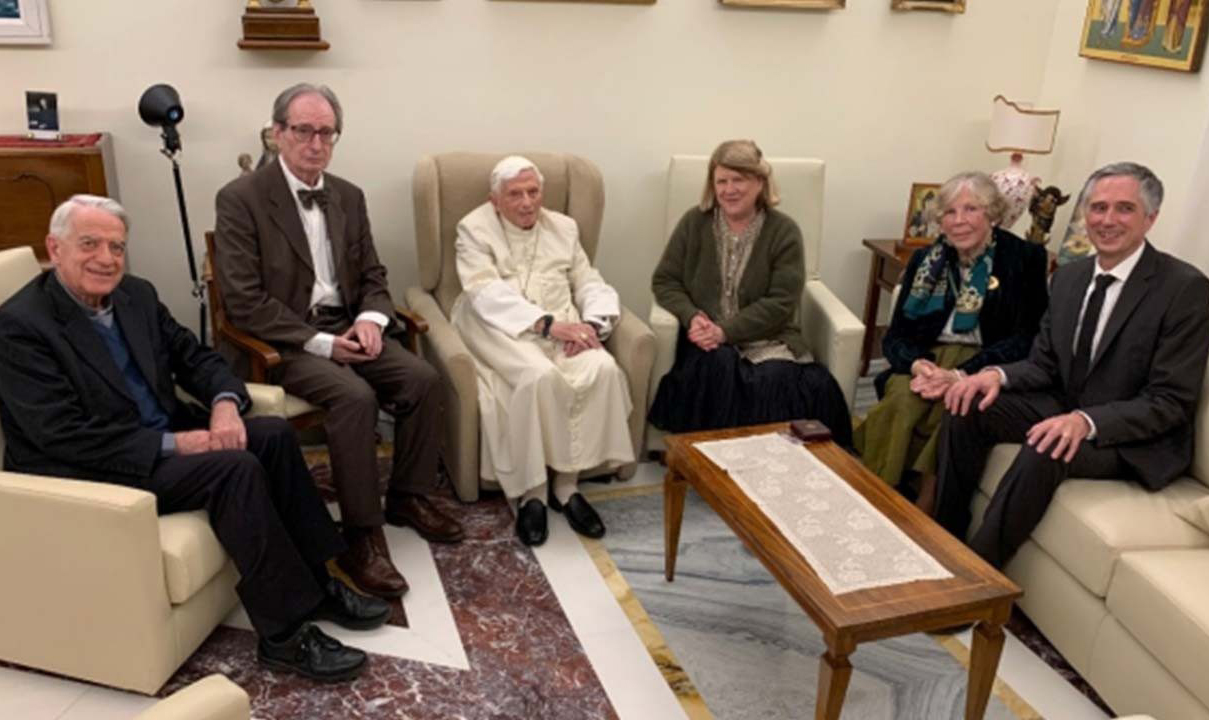 Benedict XVI meets with recipients of the Ratzinger Prize on Nov. 13, 2021. PHOTO COURTESY OF THE JOSEPH RATZINGER-BENEDICT XVI FOUNDATION

VATICAN— Benedict XVI met with four recipients of the Ratzinger Prize at the Mater Ecclesiae Monastery in the Vatican on Saturday.

The meeting lasted one hour and allowed each of the academics to discuss their work with the pope emeritus, according to a statement from the Joseph Ratzinger-Benedict XVI Vatican Foundation. Before parting ways, the group prayed a Hail Mary together.

Hanna-Barbara Gerl-Falkovitz, a specialist on the German philosopher Edith Stein, and Ludger Schwienhorst-Schönberger, an Old Testament theologian from Germany, were presented with the 2021 Ratzinger Prize by Pope Francis in an award ceremony at the Vatican on Nov. 13.

The 2020 Ratzinger Prize winners, Australian professor Tracey Rowland and French philosopher Jean-Luc Marion, were also present to receive the award due to the fact that the 2020 prize ceremony was canceled because of the coronavirus pandemic.

At the awards ceremony in the Clementine Hall of the Apostolic Palace, Pope Francis said that the conferral of the award was an opportunity to express “affectionate, grateful and admiring thoughts” for his predecessor for whom the award is named.

The Ratzinger Prize was launched in 2011 to recognize scholars whose work demonstrates a meaningful contribution to theology in the spirit of Cardinal Joseph Ratzinger, who went on to become Benedict XVI.

“Today we thank him in particular because he has also been an example of passionate dedication to study, research, written and oral communication; and because he has always fully and harmoniously united his cultural research with his faith and his service to the Church,” the pope said.

Candidates for the prize are chosen by the scientific committee of the Ratzinger Foundation and presented to the pope, who approves the winners.

Pope Francis said that he was fascinated by the brief presentations of the award-winners. He highlighted that their works “range from philosophical reflection on religion to listening to and interpreting the Word of God and from the Song of Songs to the phenomenology of being and love as a gift.”

Schwienhorst-Schönberger, 64, studied theology and Holy Scripture in Münster, Germany, and Jerusalem, Israel, and is considered one of the foremost experts on the Sapiential books in the Bible, especially the Song of Songs.

Gerl-Falkovitz, 76, is a specialist on the German philosopher Edith Stein — also known by her religious name, St. Teresa Benedicta of the Cross — and the prominent intellectual Servant of God Romano Guardini. She has also edited books of the complete works of both 20th-century Catholic figures.

She received her doctorate in philosophy in 1971 and was a professor of philosophy of religions and comparative religious sciences at the University of Dresden from 1993 to 2011.

Gerl-Falkovitz now leads the European Institute of Philosophy and Religion at the Pope Benedict XVI Philosophical-Theological University in Austria. In recent years she has been publicly critical of “gender theory,” which she said instrumentalizes the body.

In his speech at the awards ceremony, Pope Francis said: “The dynamic of the human mind and spirit in knowing and creating is truly boundless.”

“This is the effect of the ‘spark’ ignited by God in the person made in His image, capable of seeking and finding ever new meanings in creation and history, and of continuing to express the vitality of the spirit in shaping and transfiguring matter.”

“But the fruits of research and art do not ripen by chance and without effort. Recognition therefore goes at the same time to the prolonged and patient effort that they require to reach maturity,” he said.

Pope Francis also recalled that Benedict XVI celebrated the 70th anniversary of his ordination to the priesthood earlier this year.

The 94-year-old pope emeritus is “full of zest for life,” according to his private secretary, Archbishop Georg Gänswein.

“He is stable in his physical weakness, crystal clear in his head, and blessed with his typical Bavarian humor,” Gänswein told Germany’s Bild newspaper on Oct. 20.

Pope Francis said that he can feel that Benedict XVI “accompanies us in prayer, keeping his gaze constantly fixed towards the horizon of God.”

“You only have to look at him to realize this,” he added.

“Let us not forget that Benedict XVI continued to study and write until the end of his pontificate. About ten years ago, while fulfilling his governmental responsibilities, he was busy completing his trilogy on Jesus and thus leaving us a unique personal testimony of his constant search for the face of the Lord,” Francis said.

“It is the most important search of all, which he then continued to pursue in prayer. We feel inspired and encouraged by it, and we assure him of our remembrance to the Lord and our prayers.” 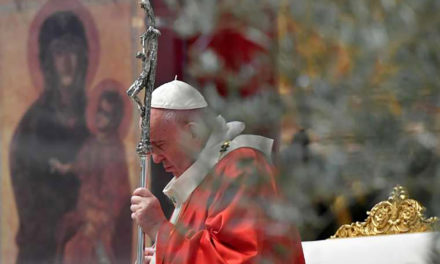 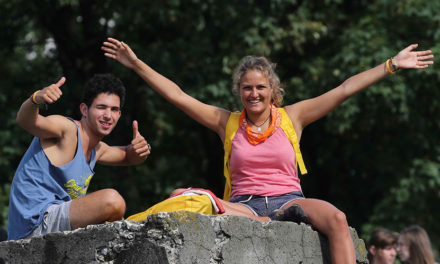 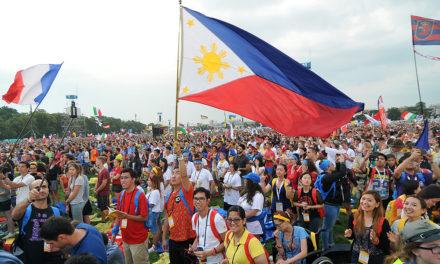 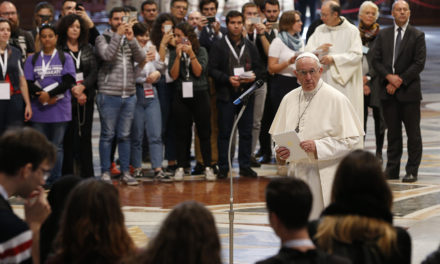