Bicol Bishops’ Pastoral Letter on the Year of St. Joseph 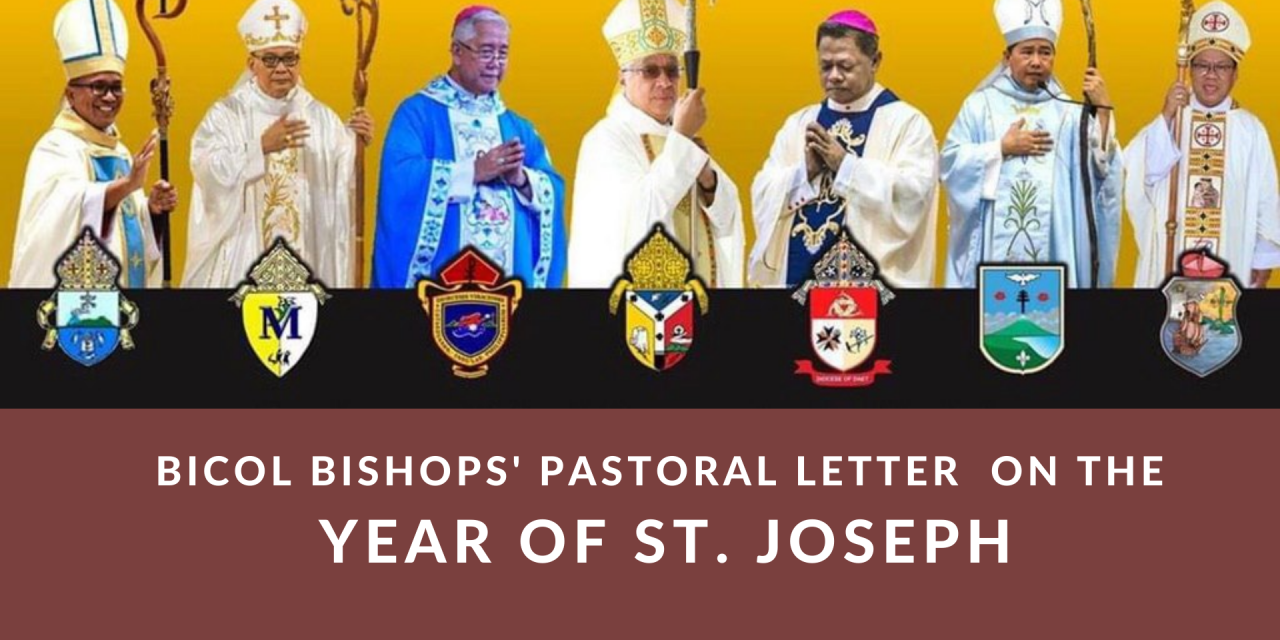 Last December 8, 2020, on the Feast of Our Lady of the Immaculate Conception, Pope Francis, in his Apostolic Letter Patris Corde (With a Heart of a Father), proclaimed the celebration of the Year of St. Joseph, in order to commemorate the 150th anniversary of the declaration of St. Joseph as the Patron of the Universal Church by Pius IX on December 8, 1870. Such a celebration in the mind of Pope Francis, is meant not only to honor and thank St. Joseph for his role in protecting the Church all these years. It should also allow “every member of the faithful, following St. Joseph’s example, to strengthen his/her life of faith daily in the complete fulfillment of God’s will.”

Providentially, here in the Philippines, we are also celebrating the Year of Mission (ad gentes) in commemoration of the 500th anniversary of the arrival of Christianity in the Philippines. It is an occasion not only for Filipinos to thank God for the gift of Christian faith but also to take up the challenge to share that gift to the world. Indeed, as the theme of the celebration reminds us, we Christians are gifted in order to give in return. Venerating St. Joseph also at this time enables us to see in St. Joseph what it means to be gifted as to be able to give. Like Mary, Mother of Our Lord Jesus, St. Joseph was gifted with the vocation of being the earthly Father of Jesus, God’s only begotten Son. St. Joseph not only treasured that gift, he also shared that gift to us, indeed to the whole Church. In fact, by being the faithful husband to Mary and the loving father that he was to Jesus, it was the gift of the Holy Family of which he was the head, that he shared to the Church.

This brings us to a third coincidence. This March 19, 2021, Pope Francis is also inaugurating the Year “Amoris Laetitia Family” to commemorate the 5th anniversary of his Apostolic Exhortation Amoris Laetitia, on the joy and beauty of familial love. It is hoped that this commemoration will help families to discover and experience both the joy of having a gift, and of being a gift for the Church and society — and thereby become a light in the darkness of the world (cf. AL 66). Incidentally, it is this kind of family, the Sagrada Familia, which St. Joseph, being its head, shared with the Church and the world.

In all three celebrations then, St. Joseph shines as an inspiration, a unifying and central figure to look up to, if we are to benefit from the grace and fruits these celebrations are meant to bestow and impart. It will be helpful to recall at this point Pope Francis’ characterization of St. Joseph in Patris Corde, that makes him such an inspiration: “he was a beloved father, a tender and loving father, an obedient father, an accepting father, a creatively courageous father, a working father, and an earthly shadow of the heavenly Father.” That is the figure that we can behold at this time when we are called to reflect on our individual mission in the Church, in our families, in society, and in the world at large—especially in these critical times.

During the pandemic lockdown, the central role of the family as the domestic church was profoundly felt and experienced by everyone, more than ever before. Most of us were all confined to our homes and families, which have become for us a place of refuge in a time of crisis. The family has become a community of faith that strengthened us in moments of fear because of the threat of Covid-19, if not of the impending death being infected with this virus may lead to. We clung together, we prayed together, we worshipped together, in our homes— outside of the church. Even those of us who were unfortunate to have been quarantined elsewhere away from home, realized how much we needed to be there, with our loved ones.

In this Year of Mission, when we are challenged once more to spread the good news, we ask ourselves how we can take up that challenge when our movements are restricted, when we have to cover our faces with masks and shields, if only to limit physical interaction and observe safe distance from one another to keep the virus from spreading. The past months though have already taught us that such restrictions cannot prevent meaningful dialogue, that we can be “socially” close and “spiritually” intimate even if we are “physically” distant. Electronic means, such as social media through the internet, have made that possible. But even without the internet, our closeness remains, for physical absence cannot inhibit spiritual intimacy in love and in faith. After all, that is how we are with God whom we do not see—but with whom deeper intimacy is attainable even without physical presence. Indeed, we are able to transcend physical space and limits. Through our familial relationships, our friendships, our being brothers and sisters all (fratelli tutti)—we are able to connect and reach out in whatever way we find possible and safe.

Even the typhoons that ravaged our region the year past, with all the destruction they have inflicted on our poor people, could not dampen our spirit and halt our efforts to reach out to one another amidst the pandemic. In fact, the aftermath these typhoons have left behind only brought us even closer to one another as it became an opportunity in mission, moving many of us—and many others outside our region—to stretch out our hands to those whose homes were destroyed and left with barely something to eat. After all then, there is a way, as there ought to be a way, that mission can and may continue in these times of pandemic.

With St. Joseph as our inspiration in mission, we recall how he himself seems to have carried out his mission even in times of threat and peril, and all of that in silence. Recall how he took his family out into Egypt to escape Herod the Great who commanded the slaughter of children in and around Bethlehem at the time his son, Jesus, was born. All throughout the gospel narrative, Joseph did not have to say a word that any of the four evangelists remembered as to find space in print. Yet he left a very powerful witness that has been emulated by many a faithful disciple of Jesus down to our day. Countless saints have found in him an edifying example of what it means to be a disciple of the Lord. Beyond his son’s childhood, there is no record either to tell us that Joseph, like Mary, came to personally witness Jesus’ ministry. Yet the example he left behind was no less a realization of what his Son preached and taught.

In this time of crisis, we then find the words of Scriptures being reechoed: “Go to Joseph and do whatever he tells you.” [1] That was what the Pharaoh said to all the Egyptians when all the land of Egypt became hungry and the people cried for food. Indeed, not only were the Egyptians called to go to Joseph—the son of the Patriarch Jacob—for food, but the whole world as well, for famine had gripped the whole world.

Alluding to this story in Genesis, on December 8, 1870, during “most troublesome times” when “the Church [was] beset by enemies on every side, and [was] weighed down by calamities,” at a time of turbulence that was felt throughout the whole world, Pius IX likewise summoned everyone to the “new Joseph“, a carpenter of Nazareth, by proclaiming him as the Patron of the Universal Church, [2] thereby committing himself and all the faithful to his most powerful patronage.

One hundred fifty years later, again amidst trying times in history, when the Church, the whole world in fact, is weighed down again by a more pernicious crisis of the ideological kind, and overwhelmed by disease and calamities—both natural and man-made—Pope Francis beckons us to go to St. Joseph once more for protection. Ite ad Iosephum. Not only does Pope Francis desire that we “increase our love for this great saint… and to imitate his virtues and his zeal” but also “to encourage us to implore his intercession” in these times of need and uncertainty.

Indeed, if we go to him, we will find in him a father, for he has the heart of a father (cor patris). In his company, we will likewise find his wife, Mary, being the most chaste spouse (sponsus castissimus) that he was to her. Most of all, however, we will find in his arms and embrace his son Jesus, being the father that he also was to him—the guardian and protector of the redeemer (custos redemptoris) and of his mystical body, the Church.

Heeding Pope Francis’ summons this jubilee year, which promises to be a grace-filled year like no other, we also wish to make his prayer our very own:

Hail, Guardian of the Redeemer,
Spouse of the Blessed Virgin Mary.
To you God entrusted his only Son;
in you Mary placed her trust;
with you Christ became man.

Blessed Joseph, to us too,
show yourself a father
and guide us in the path of life.
Obtain for us grace, mercy and courage,
and defend us from every evil. Amen.

1 Gen. 41,55
2 Quemadmodum Deus, Decree of the Sacred Congregation of Rites, Vatican, December 8, 1870
3 John Paul II, Redemptoris Custos, Apostolic Exhortation on the Person and Mission of Saint Joseph in the Life of Christ and of the Church, Vatican, August 15, 1989
4 Francis, Patris Corde, Apostolic Letter on the 150th Anniversary of the proclamation of Saint Joseph as Patron of the Universal Church, Vatican, December 8, 2020 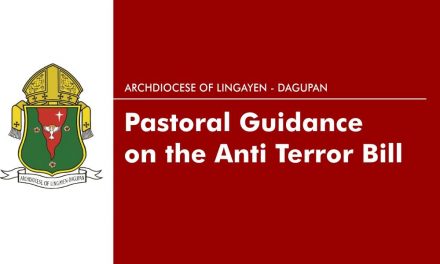 All who take the sword will perish by the sword (Matthew 26:52) 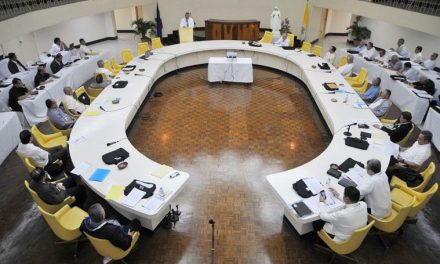 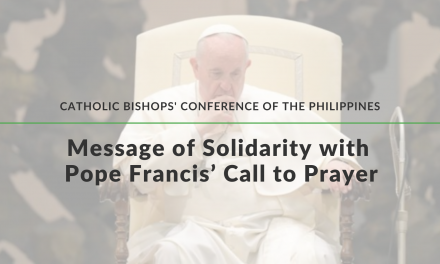