A Catholic bishop has called on the faithful to respond with prayer after a major fire ravaged a Manila parish church, a home to a four-century old image of the child Jesus.

Bishop Broderick Pabillo, administrator of the Manila archdiocese, urged Catholics to join him in prayer “for the immediate recovery of the parish” from the tragedy.

“But it’s good that no one was hurt and no other houses were damaged,” Bishop Pabillo said in a statement posted on the archdiocese’s website.

A huge fire has engulfed the Sto. Niño Parish Church in the city’s Pandacan district on Friday, and has reached third alarm.

The blaze, which stared at the back of the church at around 1:19pm, was declared under control at 1:44pm.

Bishop Pabillo personally visited the area and urged parishioners to support the rebuilding of the church.

As of Saturday, no words yet from the archdiocese or from the parish whether the historical image of the Sto. Niño was among those damaged in the fire.

The religious icon is an object of devotion to many Catholics, especially in the old district of Pandacan.

Believed to be more than 400 years old, the statue is carved out of dark wood that is similar to the dark Mexican wood of the images of the Black Nazarene of Quiapo and the Black Madonna of Antipolo.

The archdiocese said the image was brought to the Philippines by the Spaniards via galleon trade from Acapulco, Mexico to Manila. 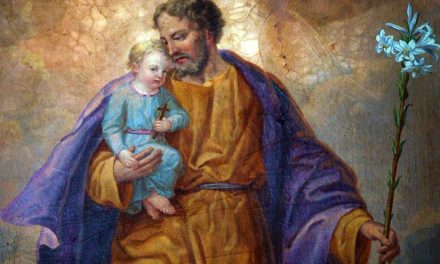 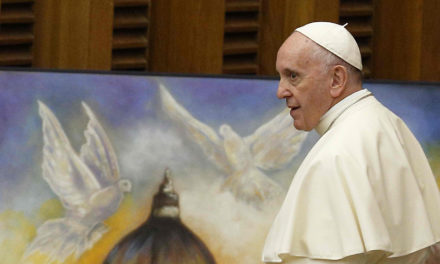 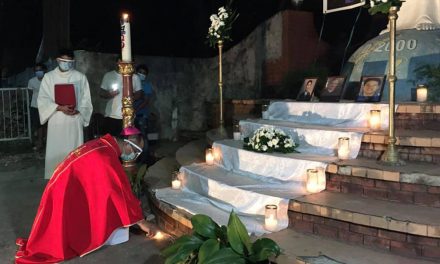 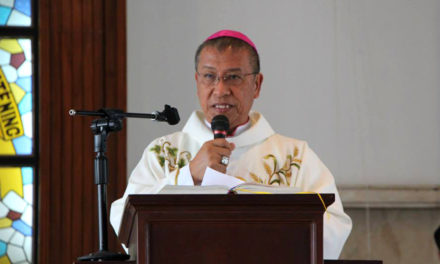