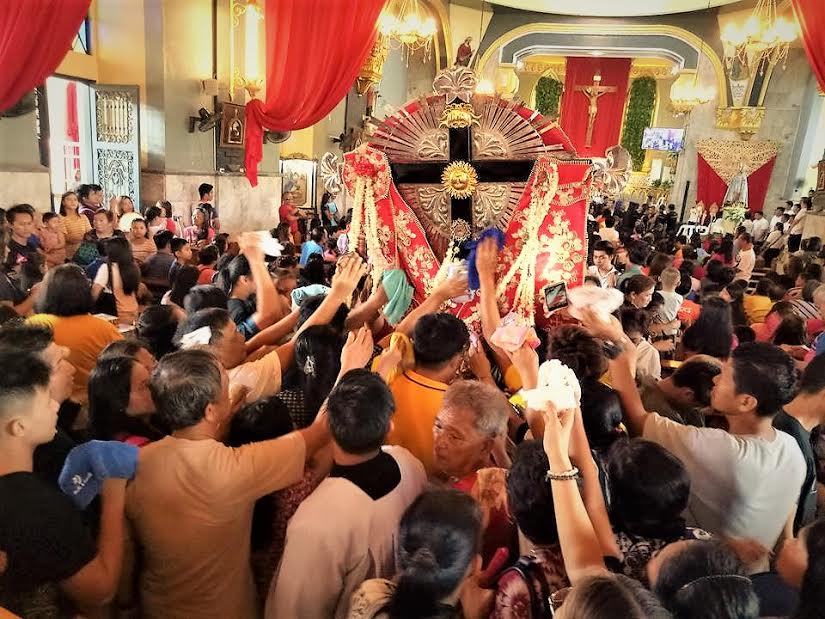 Pilgrims and devotees stretch out their hands to touch the “Krus sa Wawa”, asking for blessings and grace, after the concelebrated Mass held in honor of the said cross at the St. Martin of Tours Parish in Bocaue, Bulacan, Sunday, July 9, 2017. GILBERT MENDOZA

Bocaue, Bulacan – As huge number of natives, pilgrims, and devotees once again flocked to St. Martin of Tours Parish to witness and participate in the annual festivities held in honor of the “Krus sa Wawa”, Sunday, July 9, they were reminded again to carry their cross.

“The important lesson for us is to carry our own cross,” said Malolos Bishop Jose Oliveros in a concelebrated Mass to mark the event. “This is what the ‘Krus sa Wawa’ symbolizes.”

Parish priest Msgr. Albert Suatengco and some other members of the Malolos clergy concelebrated the Mass.

“This reminds us [about] what the Lord told us: Whoever does not carry their cross and follow Me cannot be My disciple,” the prelate continued. “It is difficult to carry our cross but Jesus is helping us to lighten our burden.”

He also urged the faithful not only to see the occasion as a mere tradition but most importantly, to allow its message to flow into their hearts.

Meanwhile, one of the hermanos of this year’s celebration, Editha San Luis Cruz, told CBCPNews in an interview that the cross was found in 1850 by a fisherman in the river called “Wawa”. The cross was brought to his house. After several years, locals were said to have experienced miracles through the cross.

Subsequently, the cross was transferred to the chapel. The people then created a pagoda where they set up the cross for an annual fluvial parade.

It was in 1993 when the pagoda infamously capsized and claimed numerous lives. The celebrations were simplified, and the pagoda was downsized in the following years. But in 2014, parish officials and the local government agreed to revive the Grand River Festival.

Taking all the precautions, organizers built a 48-foot or three story-high pagoda. Cruz said they strictly followed safety guidelines to avoid any untoward incidents. Only 250 persons were allowed on board with everyone wearing a life vest. CBCPNews 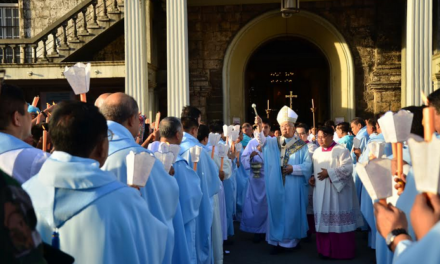 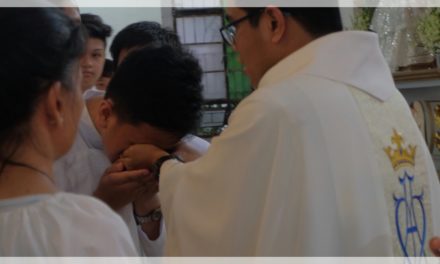 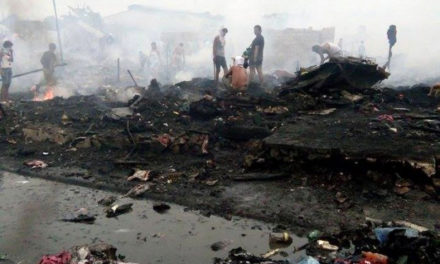 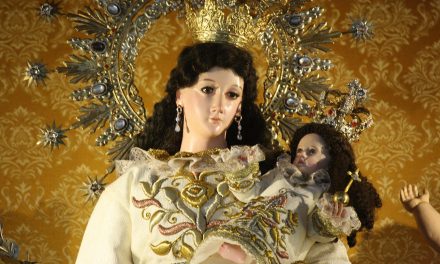