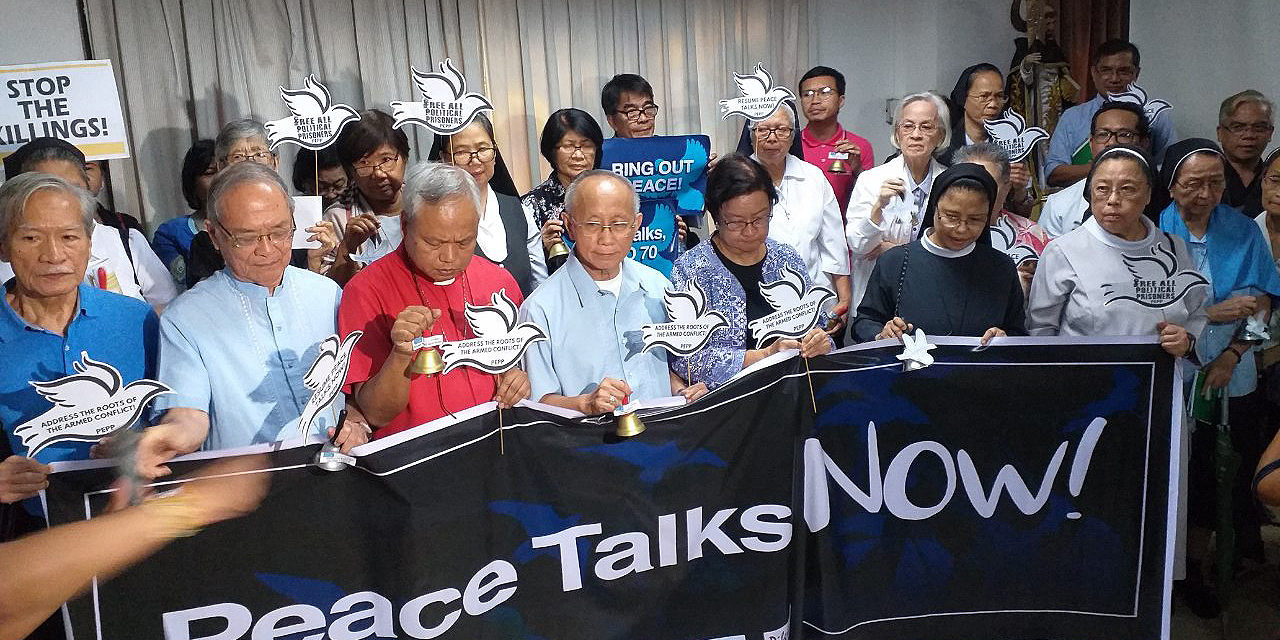 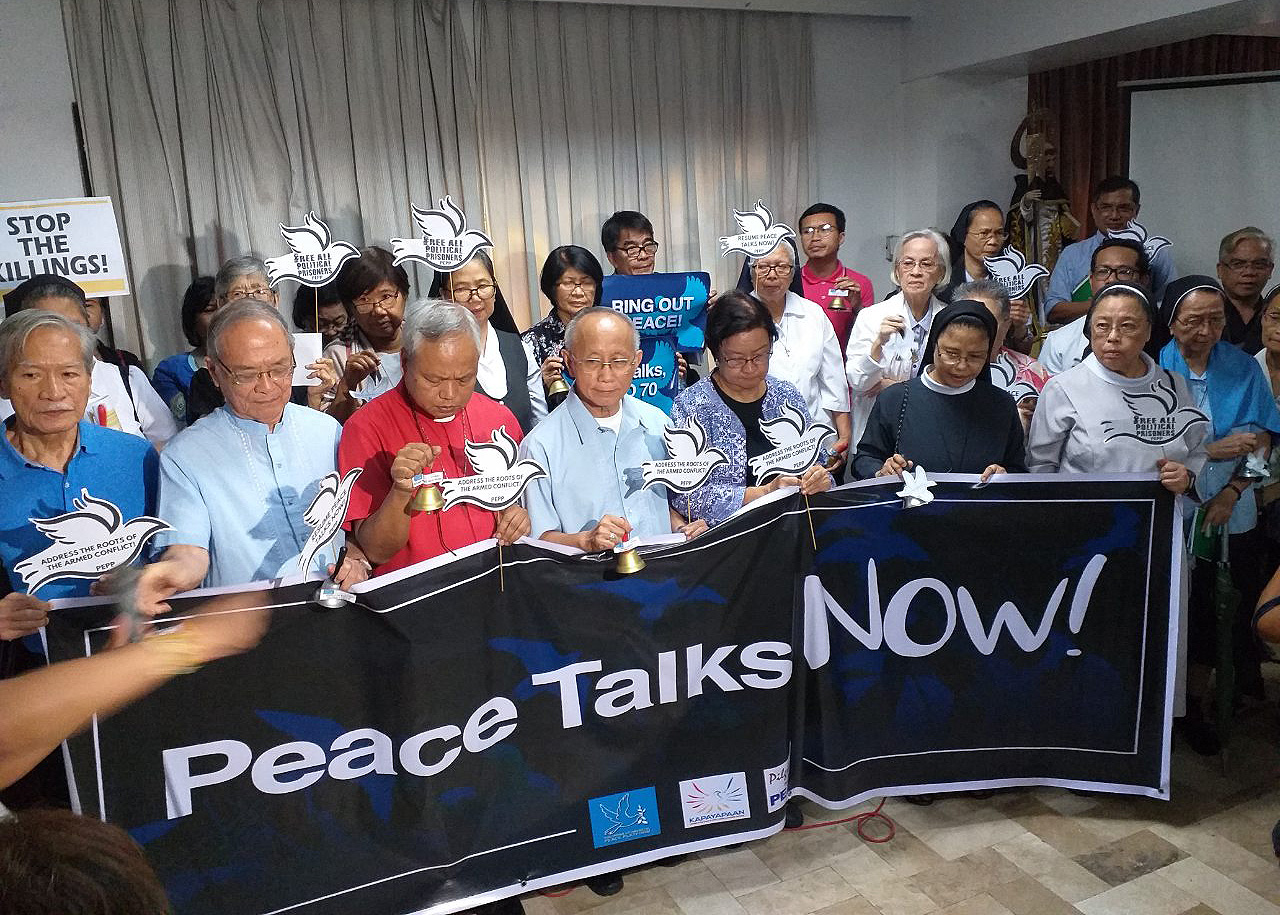 Peace advocates ring bells as they call for the resumption of peace talks between the government and communist rebels during an ecumenical peace forum in Quezon City, Sept. 12, 2019. CBCPNEWS

President Rodrigo Duterte’s threat for an all-out war with communist rebels will only worsen the animosity, a church official has warned.

“An all-out war will only bring about a divided country,” Ledesma said.

“So all the more we should work for justice, peace negotiations, and the culture of dialogue to bring about peace,” he said.

The archbishop was the keynote speaker at the “Ring Out Peace, Our Urgent Call” forum in Quezon City on Thursday.

Peace advocates renewed their calls for the resumption of the peace talks to prevent escalation of armed conflict and to reduce the climate of fear enveloping some provinces.

“What should be done is really to call for all-out peace. Let the whole nation be all about peace,” said Ledesma, who also co-chairs the Philippine Ecumenical Peace Platform.

For retired Bishop Deogracias Iñiguez of Kalookan, the key to lasting peace is dialogue and not war.

“At present, it is really important for the government and the National Democratic Front of the Philippines to resume dialogue in order for us to attain peace,” he said.

“That would be the first step as there are still a lot of actions that need to be undertaken in order for peace to be truly realized in the country,” Iñiguez added.

Duterte on Tuesday ordered an all-out war against the New People’s Army, six months after “permanently” terminating the peace negotiations with the rebels.

The talks between both parties have been in limbo since 2017 after Duterte called out a series of rebel attacks on the military.

Ledesma said that religious groups are willing to assist both parties should they return to the negotiating table.

“Church leaders are really mediators and they are in between. They are neutral ground as they can bring about the total aspirations for human rights, human dignity,” the prelate added.

“All the more, these religious leaders can bring about the spiritual element for a lasting and just peace in the country,” he also said. CBCPNEWS 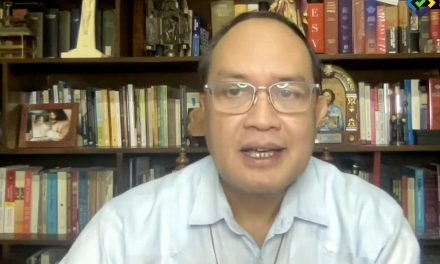 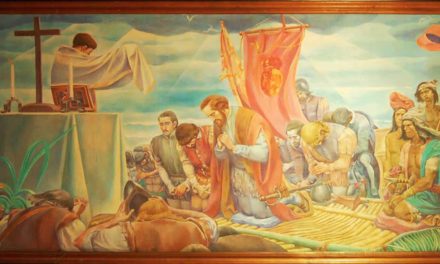 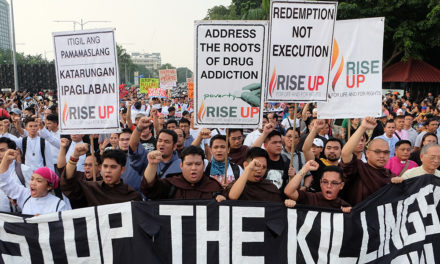