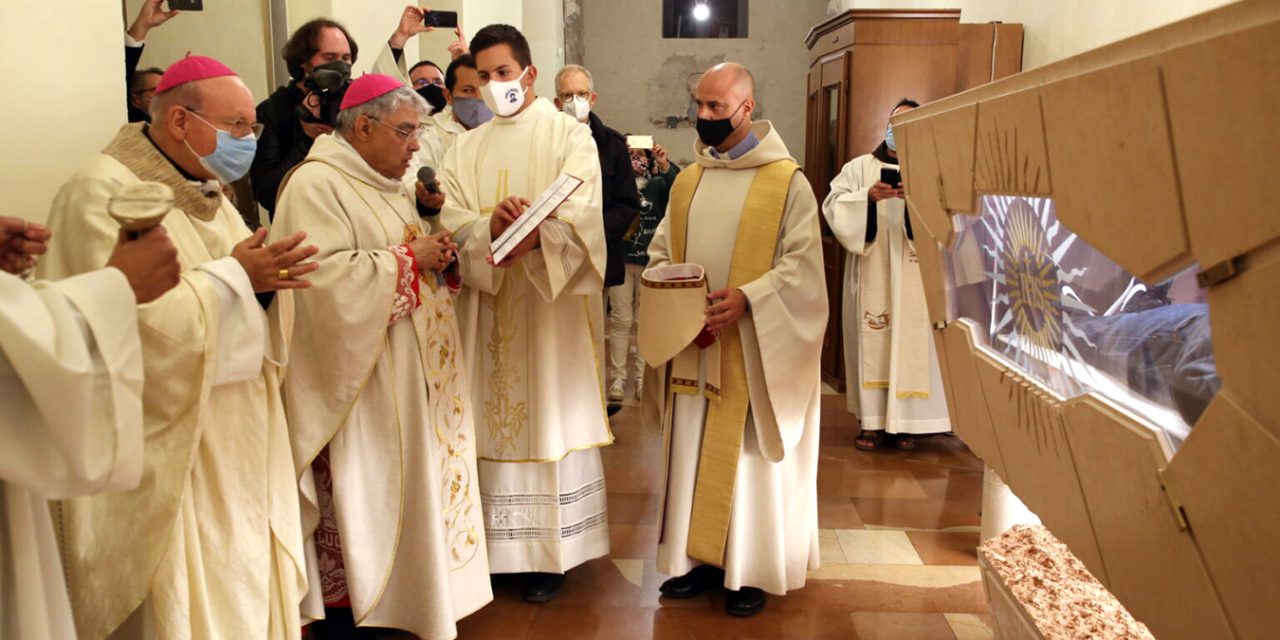 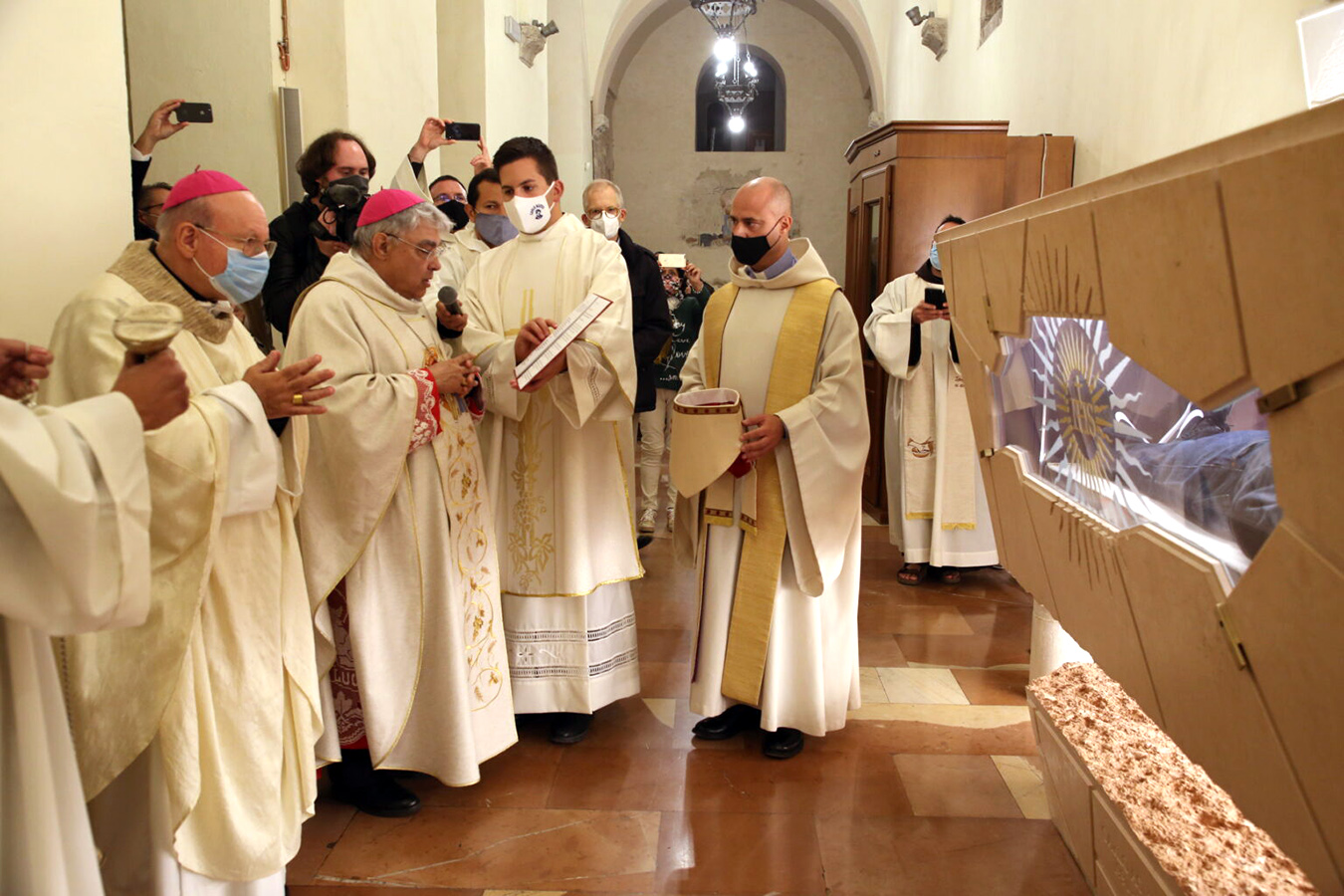 Bishop Marcello Semeraro presides over the closing of the tomb of Blessed Carlo Acutis in Assisi, Italy, Oct. 19. 2020. DIOCESE OF ASSISI-NOCERA UMBRA-GUALDO TADINO

More than 41,000 people visited Bl. Carlo Acutis’ tomb during the 19-day celebration of the Italian teen’s beatification, according to the Diocese of Assisi.

A daily average of 2,170 people visited Bl. Carlo’s tomb, in the Sanctuary of the Spoliation in Assisi’s Church of St. Mary Major, from Oct. 1 to Oct. 19, despite tight restrictions relating to the coronavirus pandemic. There they saw a young person on the path to sainthood, lying in repose in jeans and a pair of Nike tennis shoes.

During these 19 days, a glass allowed Acutis’ intact body to be viewed for veneration. On the evening of Oct. 19, a Mass was celebrated and the glass covered by a piece of marble, marking the end of the official beatification celebrations.

During the covering of the tomb, Bishop Marcello Semeraro, the new prefect of the Congregation for the Causes of Saints, indicated that the glass may be uncovered again in the future, and the body displayed.

“In the meantime, the sanctuary remains open for the ordinary attendance of the faithful,” he said. At the sanctuary, visitors will still be able to pray before Acutis’ closed tomb.

Bishop Semeraro gave thanks to the Lord for the previous weeks filled with “wonderful days that are truly unimaginable, incredible, truly beautiful.”

“What we have lived is truly a time of grace which will bring flowers and fruits in the future,” he added. “The large participation of the faithful is the sign that Carlo is the saint among us.”

In his homily at the Oct. 19 Mass, Semeraro, said “today we have before our eyes the image of a young man who risked his life by focusing on Christ. There are many aspects that make his figure fascinating.”

Photos released after the opening of Acutis’ tomb on Oct. 1 caused some confusion online as to whether the teen might have been incorrupt, which led the bishop of Assisi, Domenico Sorrentino, to clarify that the boy’s body, though intact, “was found in the normal state of transformation typical of the cadaveric condition.”

In a Mass at the Basilica of St. Francis of Assisi, Acutis became the first millennial to be beatified by the Catholic Church.

Growing up in Milan in the 1990s and early 2000s, he played video games and taught himself C++ and other computer programming languages. But many have testified that the center of the teen’s life was his strong devotion to the Real Presence of Jesus in the Eucharist.

From a young age, Acutis expressed a special love for God, even though his parents weren’t especially devout. As he grew older, he started attending daily Mass, often making Holy Hours before or after Mass, and went to confession weekly.

He built websites to inform others about Eucharistic miracles and Marian apparitions around the world. On his site, he told people, “the more often we receive the Eucharist, the more we will become like Jesus, so that on this earth we will have a foretaste of heaven.”

Acutis died of leukemia in 2006 at the age of 15. He offered his sufferings for Pope Benedict XVI and for the Church, saying: “I offer all the suffering I will have to suffer for the Lord, for the pope, and the Church.” 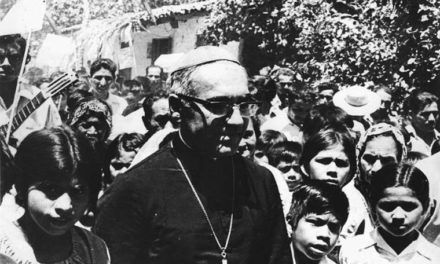 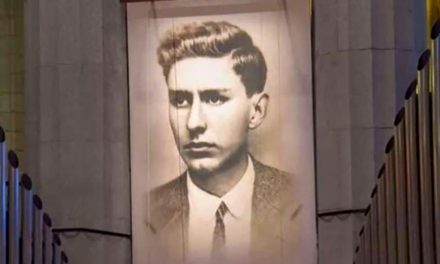 Teen martyred while protecting the Eucharist beatified in Spain 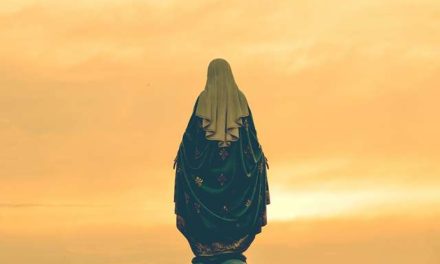 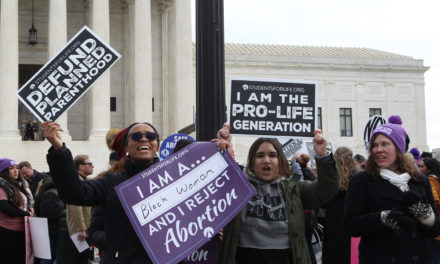