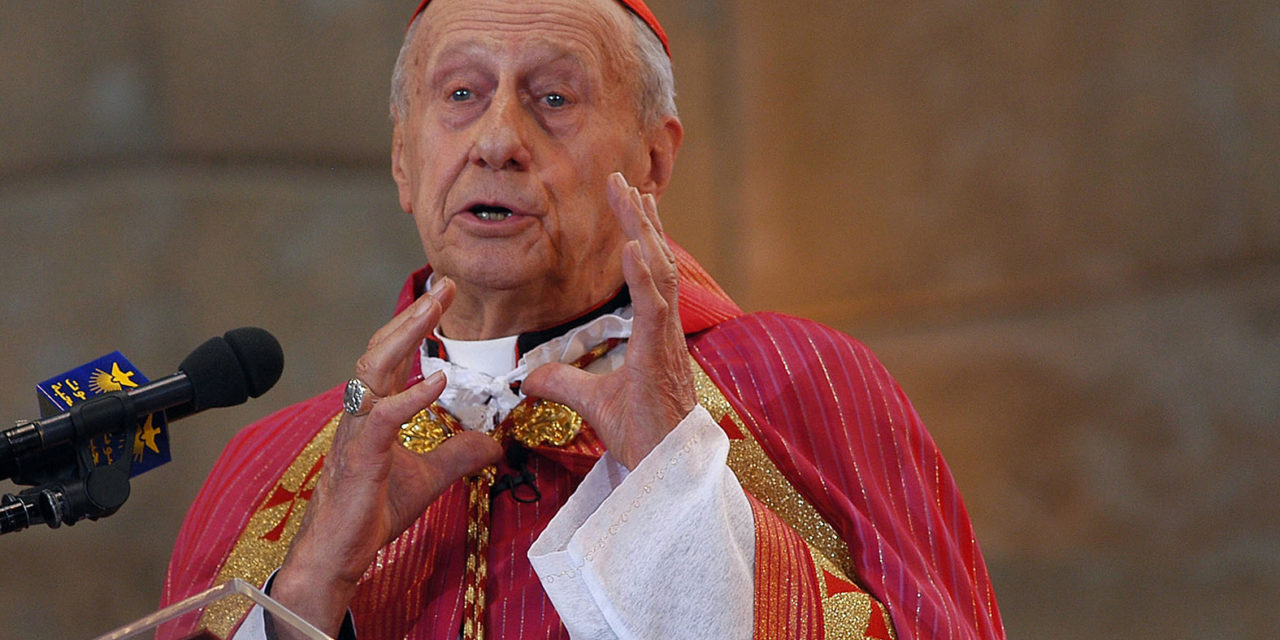 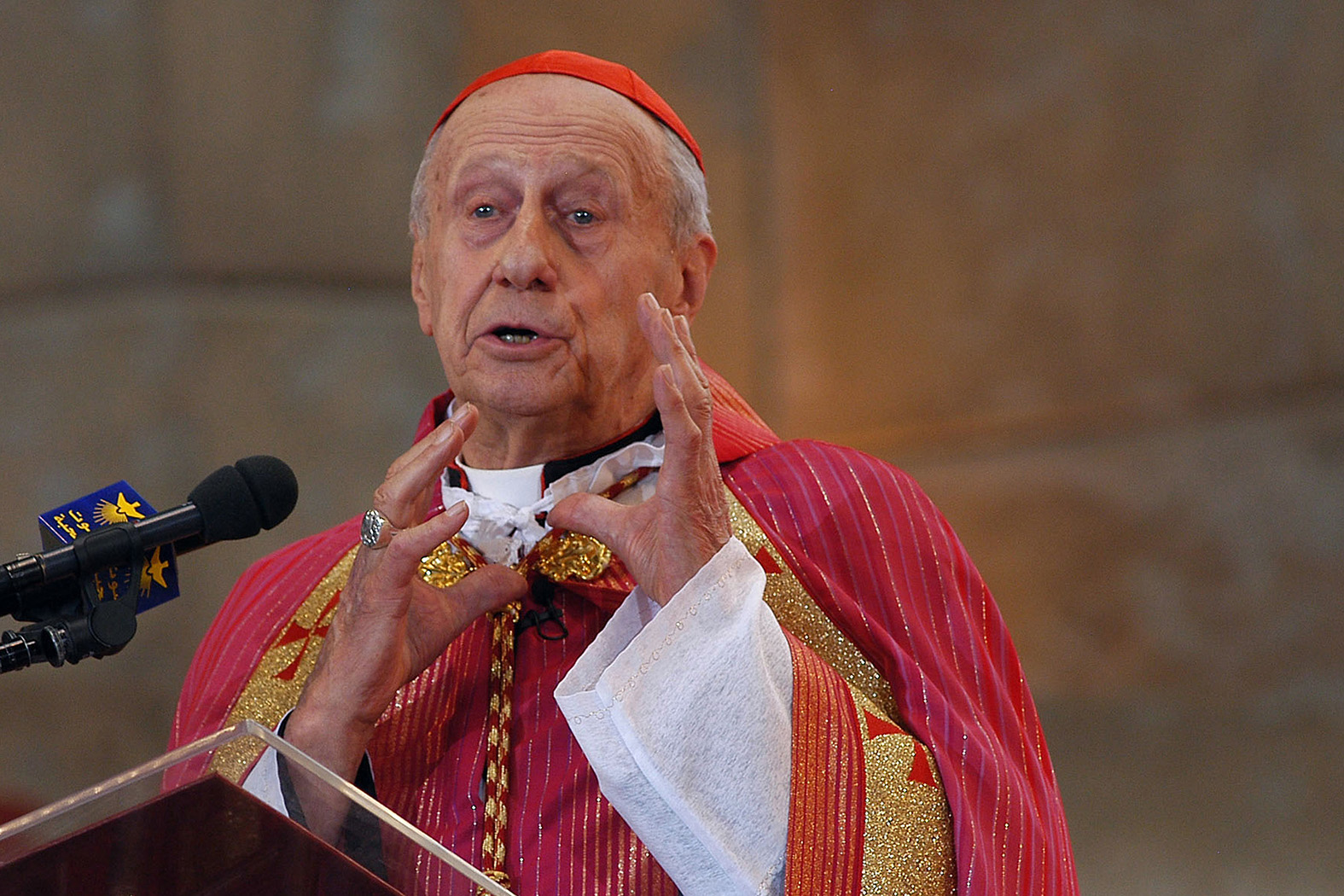 Cardinal Roger Etchegaray, a longtime Vatican official and papal envoy who had been sent to some of the world’s most troubled and difficult places, died in France Sept. 4 at age 96. He is pictured in an Aug. 15, 2006, photo. NORBERT SCHILLER/CNS

VATICAN— Cardinal Roger Etchegaray, a longtime Vatican official and papal envoy who was sent to some of the world’s most wounded and challenging places, died in France Sept. 4. He was 96.

A tireless bridge builder, the French cardinal also played key roles in ecumenical relations, including with the late Orthodox Patriarch Alexy II of Moscow, and in interreligious dialogue; he was one of the key organizers of the first Day of Prayer for Peace in Assisi in 1986, which brought 160 religious leaders together at a time of increasing world tensions and fears of nuclear war.

But it was his efforts spanning two decades as an able negotiator for St. John Paul II that stood out the most: being sent to the Middle East to seek peace, meeting Iraqi leader Saddam Hussein in the hopes of avoiding war in 2003, visiting communist Cuba to meet Fidel Castro, witnessing the aftermath of the genocide in Rwanda and encouraging Lebanon to rebuild after 16 years of civil war.

Pope Francis, who was visiting Mozambique Sept. 4, expressed his sorrow after hearing the news of the cardinal’s death.

The cardinal “profoundly influenced the journey” of the universal church and the church in France, the pope said in a telegram of condolences released by the Vatican Sept. 5.

“I have fond memories of this man of deep faith” who was greatly esteemed and listened to as an adviser, “especially with delicate situations for the life of the church in different parts of the world,” the pope wrote.

Born Sept. 25, 1922, in Espelette, France, Cardinal Etchegaray studied in Rome before and after his ordination to the priesthood in 1947. He served in the Diocese of Bayonne, France, as secretary to the bishop, director of diocesan charitable agency and head of Catholic Action.

He attended the Second Vatican Council as an expert with the French bishops’ conference. During the council, he organized an informal international group of about 20 bishops — including the future St. Paul VI — to look deeper at certain issues and better coordinate approaches.

After the council ended, Pope Paul encouraged the cardinal to organize a way Europe’s bishops could collaborate. His effort built the beginnings of what would become the Council of European Bishops’ Conferences, and he served as its first president, 1971-1979. Cardinal Etchegaray was elected president of the French bishops’ conference in 1975 and received a second term, serving until 1981.

St. Paul VI appointed him auxiliary bishop of Paris in 1969 and, less than two years later, archbishop of Marseille — a port city that had one of the largest populations of Muslims in Europe at the time, many Jewish people as well as large communities of Greeks and Armenians.

He told the Vatican newspaper, L’Osservatore Romano, in 2014 that ministering in such a diverse diocese had been “a good school for me” for engaging with people of other faiths as moments of encounter rather than conflict.

After making him a cardinal in his first consistory as pope in 1979, St. John Paul asked the cardinal to come to Rome in 1984 to head the then-Pontifical Commission for Justice and Peace and the Pontifical Council “Cor Unum,” the Vatican’s aid-coordinating agency. The pope immediately let him know ecumenical issues were a priority and sent him on numerous trips to Turkey, Moscow, Canterbury and Geneva.

The pope sent him to Rwanda soon after the 1994 genocide left 800,000 people dead when Hutu extremists murdered ethnic Tutsis and moderate Hutus.

An eyewitness to the results of the violence, the cardinal called the massacres “without a doubt one of the most tragic” events in modern history. He returned there often in the following years, noting that even decades later, reconciliation was still “a Calvary full of open wounds” as he saw survivors living with “a community of executioners.”

The cardinal celebrated Christmas midnight Mass in Havana in 1988 and met with Castro for talks. He also was the first cardinal to visit communist China. Starting in 1980, his visits were never as a diplomat, but were “in a personal capacity” to speak with Chinese officials and visit members of the Catholic Patriotic Association and its seminaries.

On a papal mission to Lebanon in 1985 and in 1991, he said he was overwhelmed by the destruction civil war had brought there. He relayed the pope’s desire the nation be an example to the world of peaceful cultural and religious coexistence.

Seen as “the pope’s messenger,” the cardinal went to Jerusalem in 2002 to seek an end to an Israeli-Palestinian standoff at Bethlehem’s Church of the Nativity. He had repeatedly visited places in the Holy Land to meet with leaders to personally deliver St. John Paul’s desires for peace there.

Cardinal Etchegaray went to Iraq the month before the U.S.-led invasion in 2003. Meeting with Hussein for an hour and a half, the cardinal gave the leader a personal letter from Pope John Paul, who, the cardinal said, wanted to do everything possible to help prevent a war. He recalled he could hear Hussein clicking his prayer beads during the meeting as he gripped his rosary.

He was named president of the central committee that oversaw the Great Jubilee of the Holy Year 2000 and, as president of the council for justice and peace, he was responsible for the Vatican issuing landmark documents on racism, international debt and homelessness.

In 2005, Pope Benedict XVI approved the cardinal’s election as vice dean of the College of Cardinals, a role he retired from at 94 in 2017.

The cardinal suffered a broken hip after a mentally unbalanced woman rushed then 82-year-old Pope Benedict pontiff during a procession into St. Peter’s Basilica on Christmas Eve in 2009. The pope was unharmed, but the French cardinal fell in the confusion and required a total hip replacement.

His death leaves the College of Cardinals with 213 members, 118 of whom are under the age of 80 and therefore eligible to vote in a conclave. CBCPNEWS 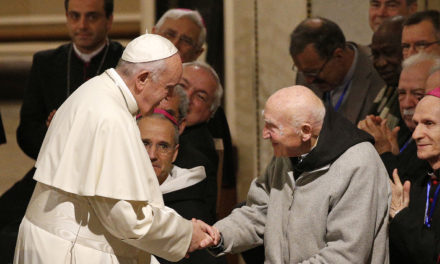 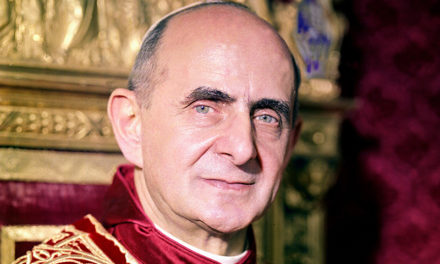 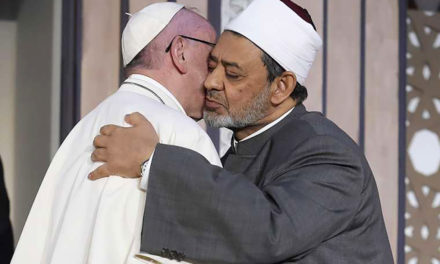 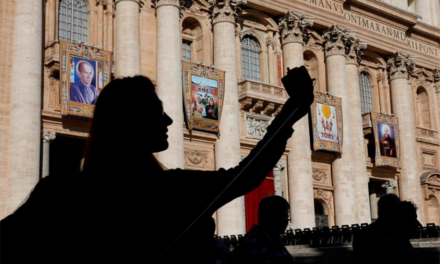