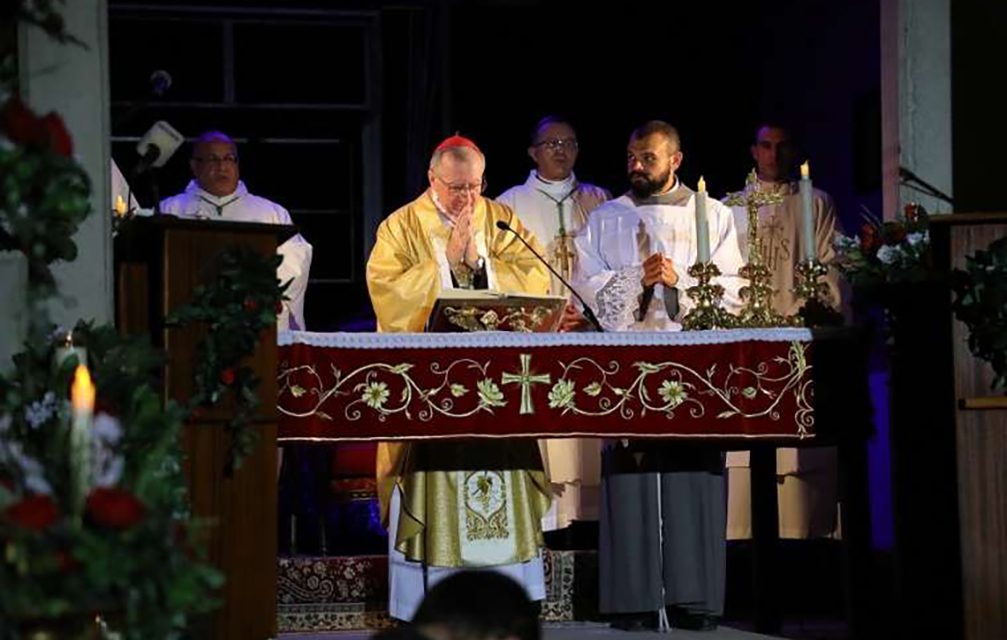 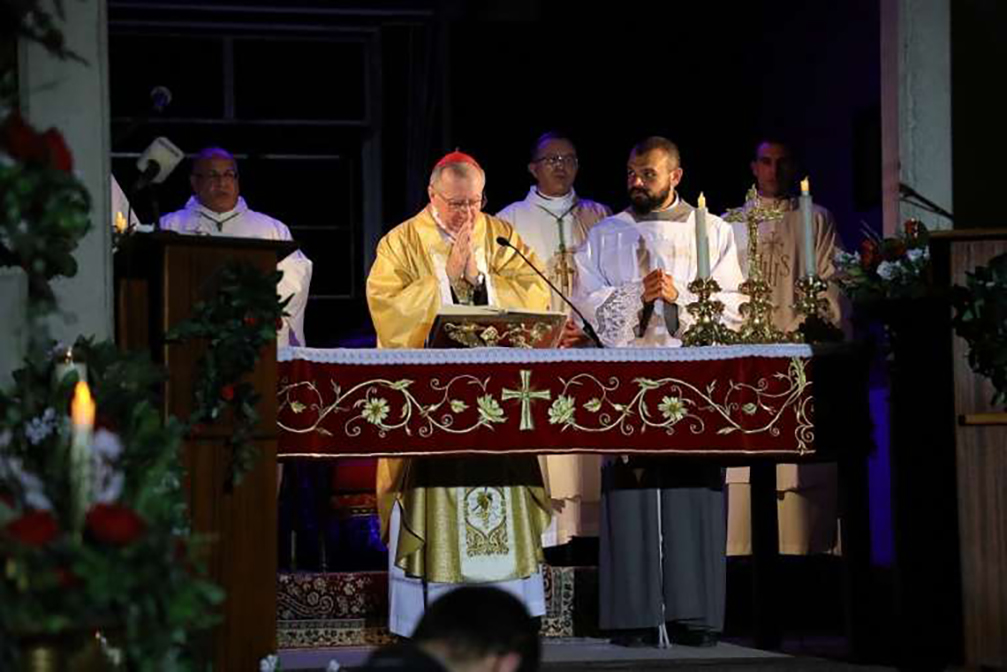 Cardinal Pietro Parolin says Mass at the Shrine of Our Lady of Lebanon in Harissa, Lebanon Sept. 3, 2020. FR. CHARBEL OBEID/CNA

Cardinal Pietro Parolin told Lebanese Catholics at a Mass in Beirut Thursday that Pope Francis is close to them, and praying for them, during their time of suffering.

“It is with great joy that I find myself among you today, in the blessed land of Lebanon, to express to you the closeness and solidarity of the Holy Father and, through him, of the whole Church,” the Vatican Secretary of State said Sept. 3.

Parolin visited Beirut Sept. 3-4 as the representative of Pope Francis, a month after the city experienced a devastating blast which killed nearly 200 people, injured thousands, and left thousands without a home.

The pope has called for Sept. 4 to be a universal day of prayer and fasting for the country.

Cardinal Parolin celebrated Mass for around 1,500 Maronite Catholics at the Shrine of Our Lady of Lebanon, a major pilgrimage site in the hills of Harissa, north of Beirut, on the evening of Sept. 3.

“Lebanon has suffered too much and the past year has been the scene of several tragedies affecting the Lebanese people: the acute economic, social and political crisis which continues to rock the country, the coronavirus pandemic which has worsened the situation and most recently, a month ago, the tragic explosion of the port of Beirut which ripped open the capital of Lebanon and caused terrible misery,” Parolin said in his homily.

“But the Lebanese are not alone. We accompany them all spiritually, morally and materially.”

Parolin also met with Lebanon’s President Michel Aoun, a Catholic, on the morning of Sept. 4.

Cardinal Parolin brought the president greetings from Pope Francis and said that the pope was praying for Lebanon, according to Archbishop Paul Sayah, who is responsible for external relations for the Maronite Catholic Patriarchate of Antioch.

Parolin told President Aoun that Pope Francis “wants you to know that you are not alone in these difficult times that you are experiencing,” Sayah told CNA.

The Secretary of State will conclude his visit with a meeting with Maronite bishops, including Cardinal Bechara Boutros Rai, the Maronite Catholic patriarch of Antioch, during lunch Sept. 4.

Speaking via phone from Lebanon the morning of Sept. 4, Sayah said that the patriarchs have a deep appreciation and gratitude to the Holy Father for his closeness “in such difficult times.”

“I’m sure today [Patriarch Rai] will express those sentiments to Cardinal Parolin face-to-face,” he noted.

Commenting on the Aug. 4 Beirut explosion, Sayah said “it’s a huge disaster. The suffering of the people… and the destruction, and the winter is coming and people will certainly not have the time to rebuild their homes.”

Sayah added, however, that “one of the beautiful things about this experience is the influx of people volunteering to help.”

“Young people especially have really flocked in the thousands into Beirut to help, and also the international community which has been present offering assistance in various ways. It’s a good sign of hope,” he said.

Parolin also met with religious leaders at the Maronite Cathedral of St. George in Beirut.

“We are still shocked by what happened a month ago,” he said. “We pray that God may render us strong to care for every person who was affected and to accomplish the task of rebuilding Beirut.”

“As I arrived here, the temptation was to say that I would have liked to meet you in different circumstances. I said, ‘no,’ however! The God of love and mercy is also the God of history and we believe that God wants us to accomplish our mission of caring for our brothers and sisters in this present time, with all its difficulties and challenges.”

In his homily, delivered in French with Arabic translation, Parolin said the Lebanese people can identify with Peter in the fifth chapter of St. Luke’s Gospel.

After fishing all night and catching nothing, Jesus asks Peter “to hope against all hope,” the Secretary of State noted. “After objecting, Peter obeyed and said to the Lord: ‘but at your word I will let go of the nets… And having done so, he and his companions caught a great multitude of fish.'”

He also said that “the Word of the Lord is addressed to the Lebanese through their faith, through Our Lady of Lebanon and through Saint Charbel and all the saints of Lebanon.”

Lebanon will be reconstructed not only on a material level, but also on the level of public affairs, according to the secretary of state. “We have every hope that Lebanese society will be based more on rights, duties, transparency, collective responsibility and the service of the common good.”

“The Lebanese will walk this path together,” he said. “They will rebuild their country, with the help of friends and with a spirit of understanding, dialogue and coexistence that has always distinguished them.” 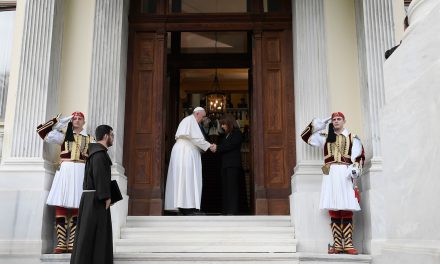 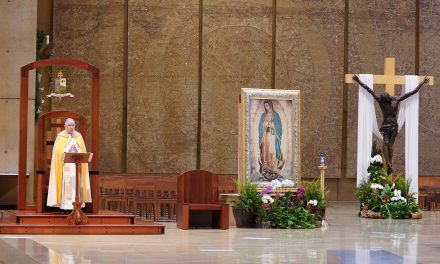 ‘We entrust to her all our fears’: US bishops reconsecrate country to Mary