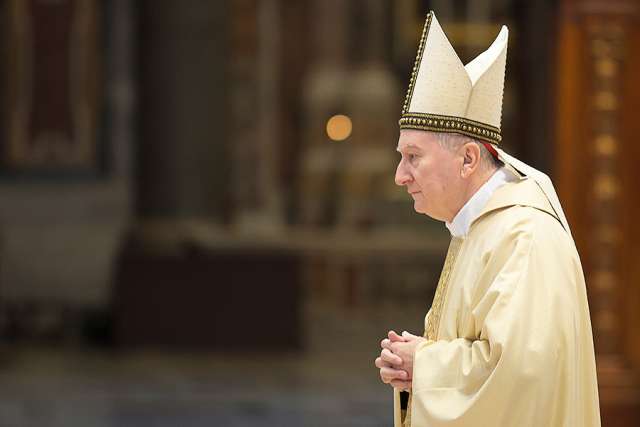 VATICAN— Vatican Secretary of State Cardinal Pietro Parolin has said he will be going to Russia Aug. 20-24 largely out of a desire to promote peace both there and with the West, and to solidify relations with the Eastern Orthodox.

Conflicts throughout the world, particularly in areas such as the Middle East, Syria and Ukraine, “are constant objects of attention and concern for the Holy See,” Cardinal Parolin said in the interview published Aug. 9 in Corriere della Sera.

“Because of this, the need and urgency of searching for peace and the way to do it will certainly be one of the principle themes” of his meeting with Russian President Vladimir Putin, he indicated.

In addition to meeting with with Putin, the cardinal is also expected to hold meetings with Russian Orthodox Patriarch Kirill, as well as several other high-level authorities in the Russian Orthodox Church.

In his interview, Cardinal Parolin stressed that the Holy See has always held “a special interest for the vast eastern portion of Europe,” which he said “has a role to play in the search for greater stability on the continent and greater unity, including relations between East and West.”

“After the period of ideological opposition, which obviously can’t entirely fade from today to tomorrow, and in the new scenarios that have opened up since the end of the Cold War, it’s important to take advantage of every occasion to encourage respect, dialogue, and mutual collaboration in a view to promoting peace.”

The visit, he said, is also understood as a completion of the tour he has made of the region over the past few years, which, through official papal trips or visits he has made alone, has brought him to Belarus, the Caucasus nations, the Baltic countries, and Ukraine.

Now “I will have the opportunity to complete the picture with the visit to Russia.”

When asked whether or not he is concerned about rising tensions between the United States and Russia, Cardinal Parolin said he trusts that both parties involved “will know how to act with due responsibility to avoid the escalation of tensions.”

He also voiced confidence that the two nations will be able to recognize “the eventual errors that could have been at the origin of that situation.”

U.S. President Donald Trump recently turned up the heat in the ongoing conflict with Russia, due largely to tensions over their involvement in Syria and Ukraine, and possible meddling in the 2016 U.S. presidential election.

Recently Trump hit Russia with more economic sanctions due to the country’s involvement in the election, prompting Putin to expel 755 people from its U.S. embassy and consulates.

“It would be dramatic if nothing were done in this respect and, as a consequence, relations would deteriorate further,” Cardinal Parolin said, and stressed the crucial role of both Churches and civil society “in encouraging every initiative that leads to creating a more positive general atmosphere.”

The cardinal was also questioned on a comment made by Pope Francis to German Chancellor Angela Merkel during a recent audience, when he said it is a “tragic contradiction” to promote unity and persist in war.

Asked if this would be a topic raised in his meeting with Putin, the Vatican Secretary of State stressed that the Church consistently calls on all political leaders “not promote national interests, or in any case, particular interests,” but rather to work for “the common good, to respect for international law.”

“Not the law of force, but the force of the law,” he said, noting that the Church also urges global leaders to make decisions which promote the integral development of man throughout the world, as well as “concord and collaboration among nations.”

“And the method is always dialogue,” he said, and pointed to a quote from a letter written by St. Augustine in which the saint says that for a true leader, “the greatest title of glory is that of killing war with the word.”

In the Latin verb, Cardinal Parolin said, this means “with negotiation, with discussions instead of killing men with the sword, and ensuring that peace is maintained with peace and not with war.”

On his meeting with Patriarch Kirill, the cardinal said relations between the Catholic and Russian Orthodox Church would obviously be a big priority, as well as how their respective Churches interact with society in facing the “great spiritual, cultural and political themes of today.”

“From this point of view, it’s important to seek a positive and open means to continue to weave inter-ecclesial relations and to contribute constructively, on the part of the Churches, to the resolution of the complex problems which afflict and challenge humanity,” he said.

“It is my living hope, then, that the encounter may serve for an ever greater awareness, mutual esteem and collaboration between Catholics and Orthodox.”

Cardinal Parolin said that while his trip is not intended as a preparation for an eventual visit from Pope Francis, he hopes that “with the help of God,” his visit “can offer some contribution in this regard.” 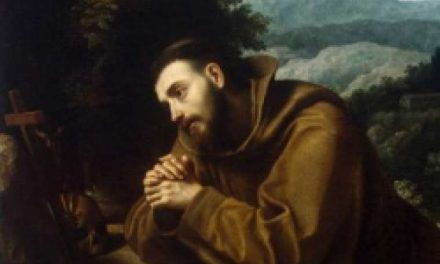 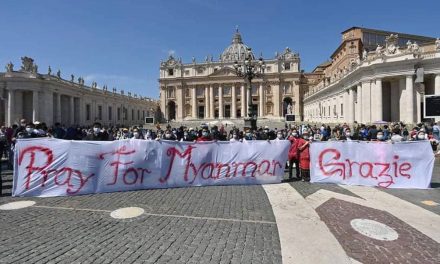 Pope Francis to preside at Mass for Rome’s Burmese community 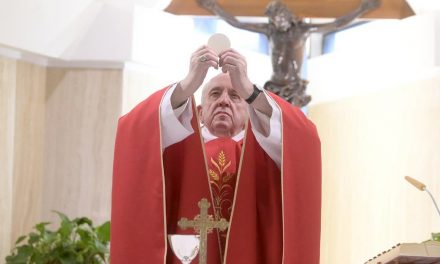 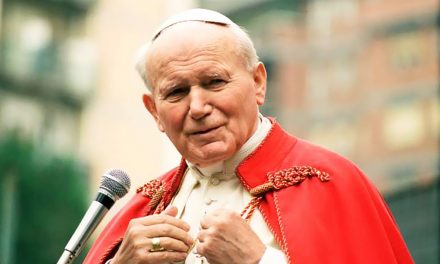