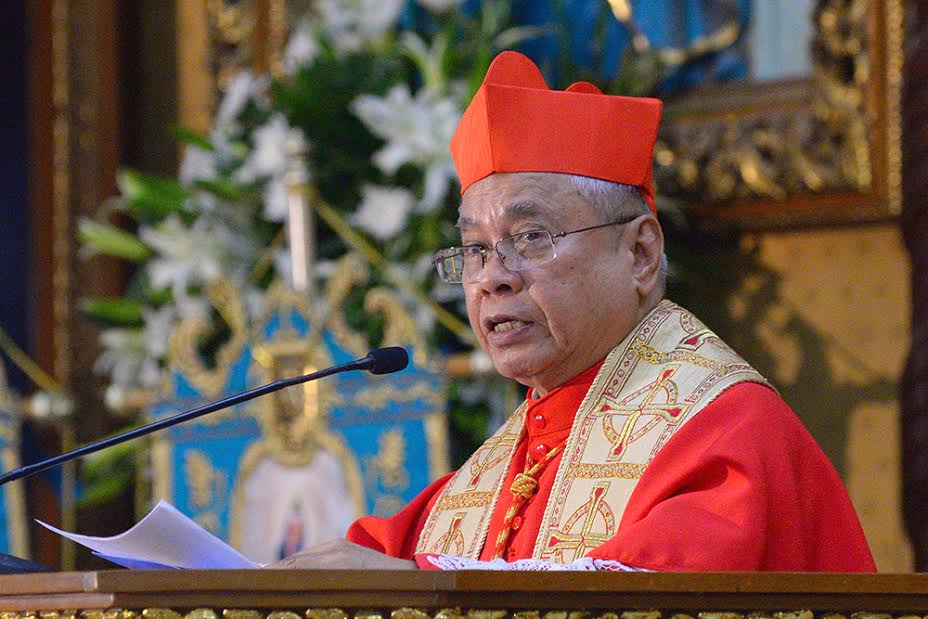 Cardinal Orlando Quevedo delivers his homily during the canonical coronation Mass of the image of the Nuestra Señora de Aranzazu in San Mateo, Rizal, May 31, 2017. MARIA TAN

MANILA – For Cardinal Orlando Quevedo, terrorism has no God.

In his strongest statement so far following the terror attack in Marawi City, the cardinal stressed that nothing can justify an ideology “that asserts the morality of killing in the name of God”.

“This is a demonic ideology. The true believers in Islam have condemned this ideology, and this violence of terrorism is creating the greatest of fear and anxiety in Mindanao,” he said.

The cardinal made the statement on Wednesday, May 31, in his homily during the canonical coronation of the Nuestra Señora de Aranzazu’s image in San Mateo, Rizal.

He said hundreds of people have died in Mindanao at the hands of extremists and other criminals such as those involved in the illegal drug trade.

He also lamented how “powerful people” go against the law through corruption “aggravating poverty and underdevelopment”.

“The specter of terrorism, hatred, hostility, of prejudices and biases… this specter of darkness is stalking our beloved land,” said Quevedo, a well-known peace advocate.

“Thousands of poor people are trodden underfoot and forgotten,” he added, as the clash between the government troops and the Maute group in Marawi City entered its 8th day.

Quevedo went further by invoking God and the Blessed Mother “to reign over our minds and hearts today”.

“Let us beg them to bring peace, unity, and integrity to our country. Let them be the queen and the king of our minds and hearts, the king and queen of our families,” he said.

He also called on the faithful to help the thousands of families displaced by the ongoing siege in Marawi, especially the children traumatized by the violence.

“Service is needed in the poor of your own neighbourhood, and Our Lady and her Son, are calling us to help them in any way that we can. The bell that hung in the thorn bush is calling us,” Quevedo said.

Malacañang said the crisis’ death toll has reached 104 as of yesterday with 65 from the militant group and 20 government casualties.

Civilian deaths also remain at 19, including eight workers who were found dead in the outskirts of Marawi. CBCPNews 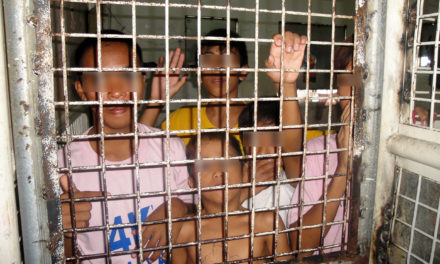 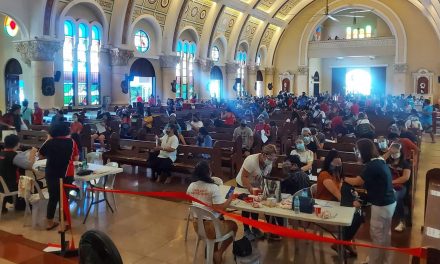