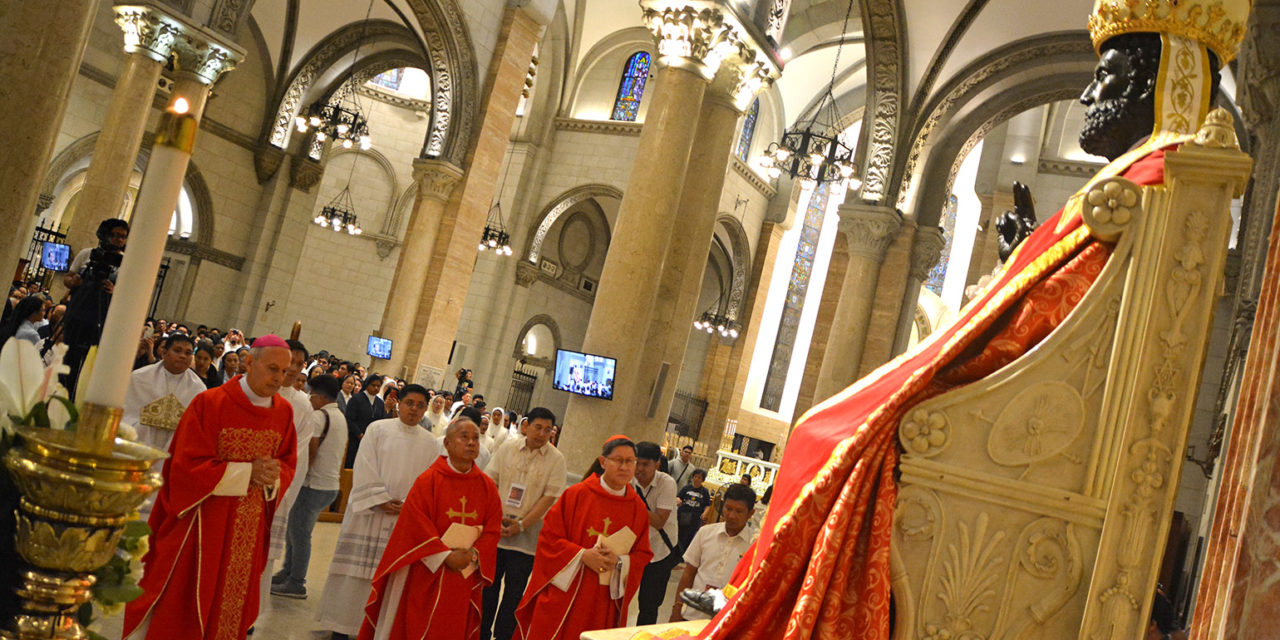 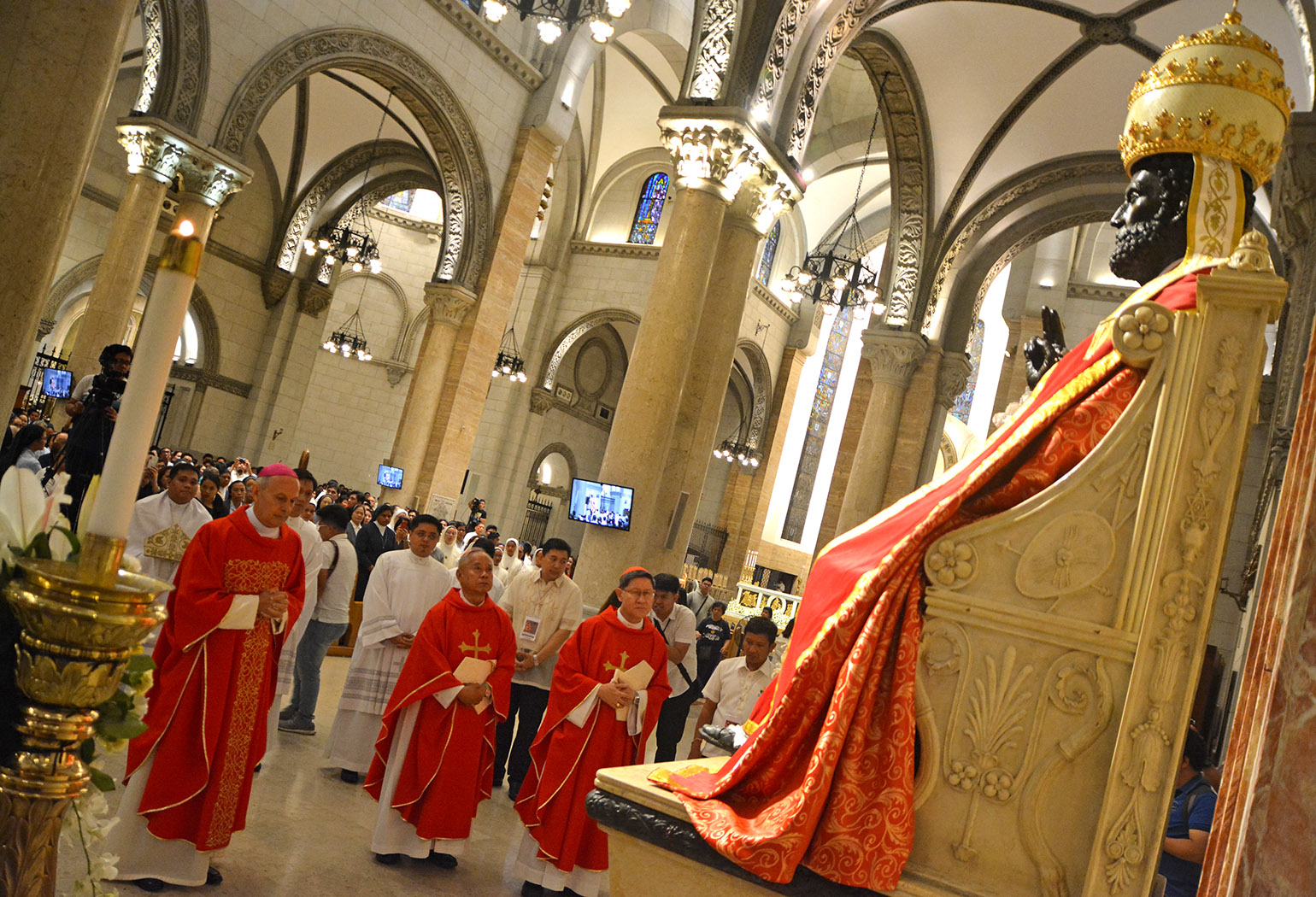 Archbishop Gabrielle Caccia, the Apostolic Nuncio to the Philippines, Cardinal Orlando Quevedo and Cardinal Luis Antonio Tagle stand in front of the statue of St. Peter decorated for his feast day at the Manila Cathedral June 29. CBCPNEWS

On the Solemnity of Saints Peter and Paul, Cardinal Luis Antonio Tagle of Manila said that Christians are called to openness, humility and to graciousness.

He said only in being open to the Lord will someone become a disciple and missionary of the church.

“We are not Peter, we are not Paul. But we are all disciples and missionaries,” Tagle said in his homily at the Manila Cathedral on Saturday.

Hundreds of Catholics, including top church officials gathered at the cathedral and joined the rest of the world in observing Pope’s Day.

Dressed in red vestments, cardinals, bishops, and priests filled the cathedral’s altar during the celebration.

The Mass was presided over by Archbishop Gabrielle Caccia, the Apostolic Nuncio to the Philippines.

Retired Cardinal Orlando Quevedo of Cotabato and seven other bishops graced the celebration.

Cardinal Tagle stressed that “it is this humble and openness to God that makes a Peter and a Paul pillars of the church”.

“And the church will grow by the action of Jesus and the animating spirit if, like Peter and Paul, we will also be the humble servants waiting for our identity and action from the Father and from Jesus himself,” he added. 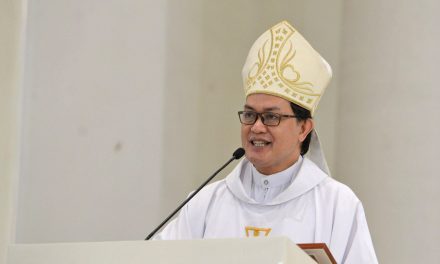 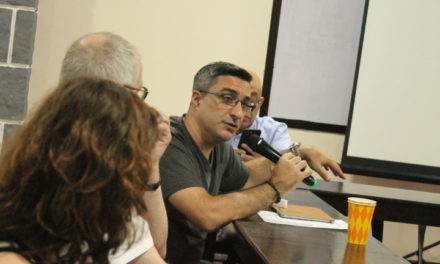 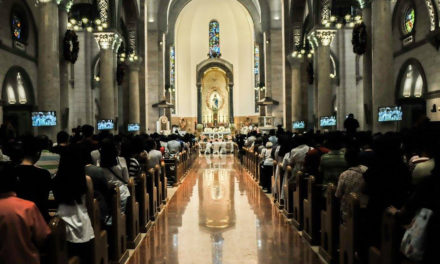