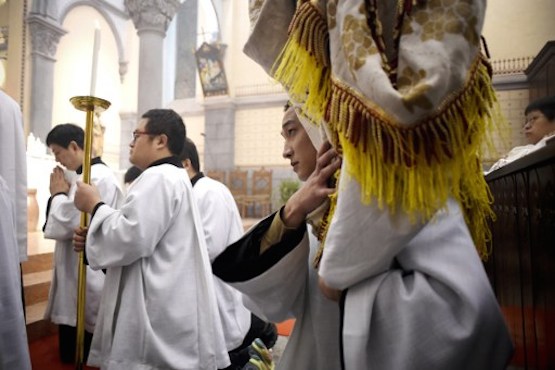 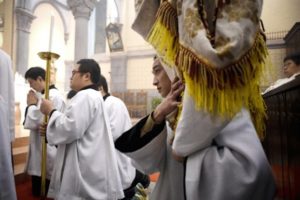 Chinese Catholics attend a Mass at a church in Beijing. Police detained a pastor at Easter for singing a worship song, which authorities said was illegal. AFP

BEIJING — A Taiwanese Christian pastor was detained for singing the worship song Jesus Love You in Zhengzhou, Henan, in China, which officials there have branded as an “illegal religious activity.”

China Aid, which reports on persecution and human rights abuses in the world’s most populous nation, said Pastor Xu Rongzhang from Taiwan was detained at Easter, because he led a group of Christians in Zhengzhou in singing the song.

Local officials never explained why singing Jesus Loves You is now deemed an illegal activity, though several Christians across China in recent months have been arrested and even sentenced to prison for participating in religious activities.

Five Christians, including a pastor, were sentenced back in February by a court in northeastern Liaoning province to between three to seven years in prison for purchasing and selling what authorities called “forbidden Christian devotional books.”

“Most of them belong to a Korean ethnic minority group that resides within China, and all of them attend registered churches. They were arrested last June,” China Aid said at the time.

The persecution watchdog group also reported in January that a Christian woman was arrested by police along with four other believers for holding a Bible study without government approval and were subsequently sentenced to three years in prison.

Ma Huichao was reportedly convicted of “gathering a crowd to disturb public order,” a charge that is often thrown at underground Christians in China. 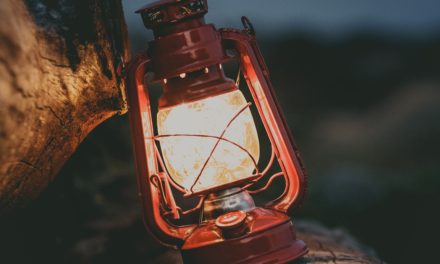 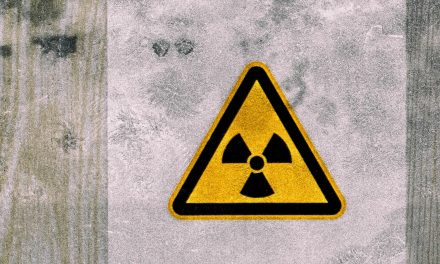 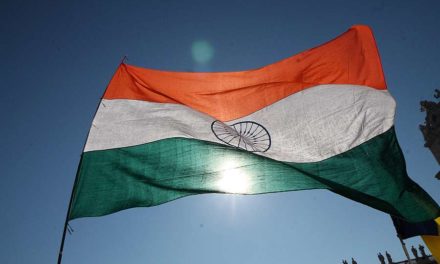