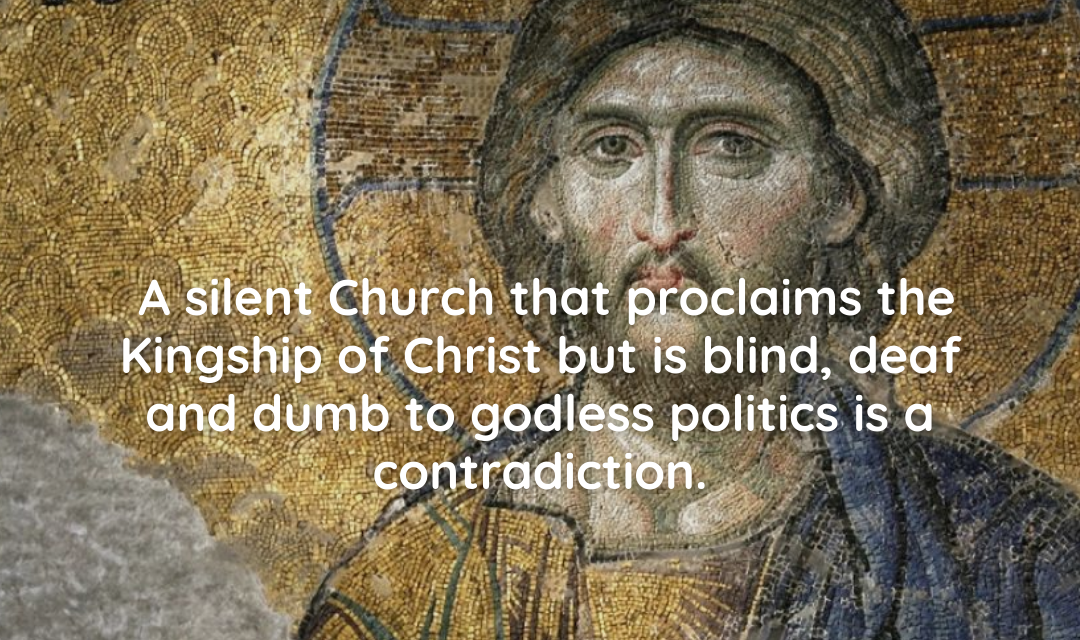 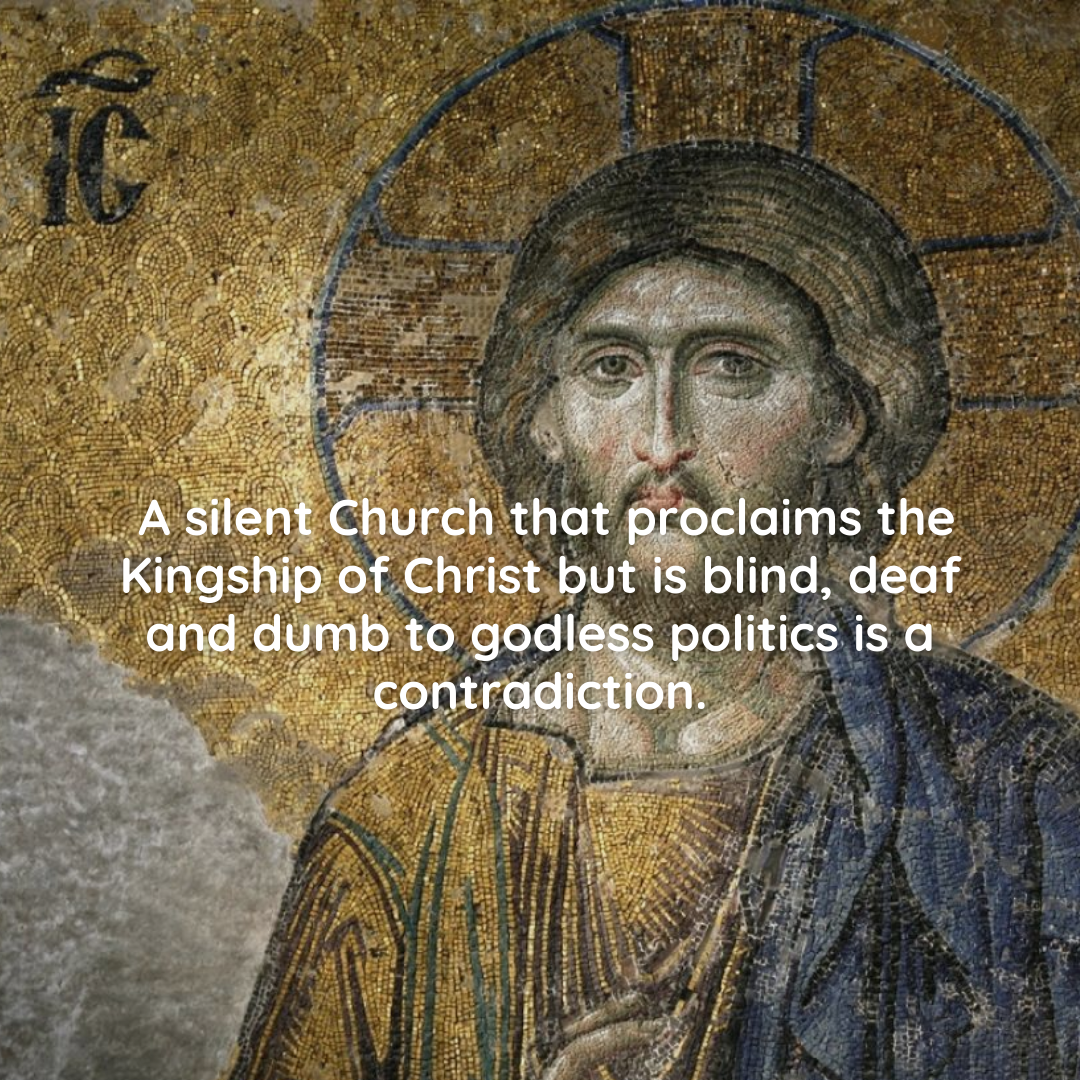 The Solemnity of Our Lord Jesus Christ, King of the Universe

Brothers and sisters in Christ the King:

Today we declare that the kingship of Christ pertains to everything and to everyone every time everywhere.

At the name of Jesus every knee should bend, of those in heaven and on earth and under the earth, and every tongue confess that Jesus Christ is Lord, to the glory of God the Father. (Phil.2:10-11)

Everybody and everything in every time and place must yield to Christ the King.

Separation of Church and State

When politics is godless, political leaders turn to wickedness and the people groan in pain. Groaning in pain, the people say “Lord, help us we are perishing!”

And God responds with His help by sending teachers to teach calling for repentance. And when churchmen preach painful messages that call for conversion, we shoot the messengers!

Should men of God leave politics to politicians? No. Politics is a human invention. It is not naturally godly. It needs to be taught God and formed in God.

If those whom God has chosen and sent to teach will choose silence, how will the people know God in their lives?

The Human Person is the Way of the Church

When the soul is separated from the body, the physicians declare death. When a nation sets God behind, death happens to the nation too. We sin personally. But sin becomes easier because there are structural sins. There are situations that encourage and reward sin. These structures of sin must be destroyed if Christ is truly King.

When the ignorant are exploited? When nationalism is sacrificed on the altar of opportunism and family dynasties? When lies are peddled and truth is muffled? Is God glorified? Does God want the poor to be used? Does God want the youth to be lost in lies? Does God delight in broken election promises? Who will save them? When we ignore the miserable plight of human beings, we are anti-Christ.

These are attacks on the kingship of Christ. The men and women of Christ must speak.

What is the essence of Christianity? The answer will surely be LOVE. Love is the core of Christianity. Love is social. Love needs people. You cannot truly love alone. You show love by living in society. What is love and service of society called? It is politics. Said Pope Francis “Politics is one of the highest forms of charity”.

When Christianity is removed from politics, the wicked rule, the egoists reign, the poor suffer and sin prevails. A silent Church that proclaims the Kingship of Christ but is blind, deaf and dumb to godless politics is a contradiction. A deaf and dumb and blind Church has a millstone waiting for her to be tied around her neck to be drowned in the depths of the sea.

Politics is something more noble than posturing, marketing and media spin. These sow nothing but division, conflict and a bleak cynicism incapable of mobilizing people to pursue a common goal. (Fratelli Tutti, 197)

Among all the facets of Filipino Catholic life, it is Filipino politics that needs most the Kingship of Christ so that the heavens may hear our prayers, forgive our sins and heal our land.

Christ the King, we consecrate to you our Filipino politics. Reign over us. Claim back our politics in your loving arms. Remove the wicked from their thrones and lift up the lowly. Christ the King, teach us your kingship. 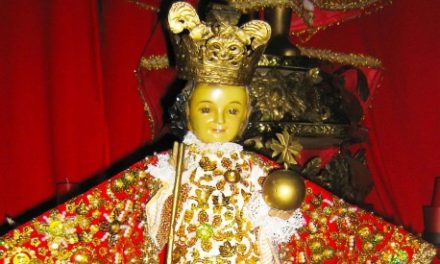 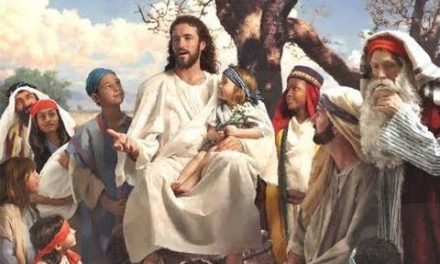 Learning from Jesus to be meek and humble