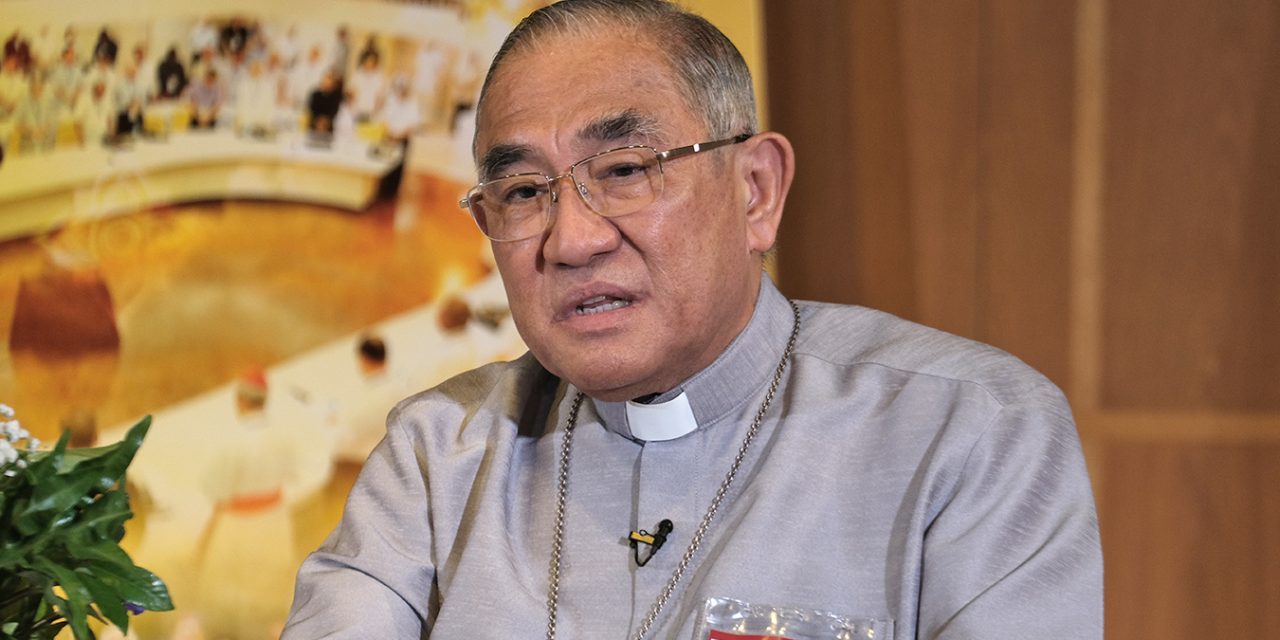 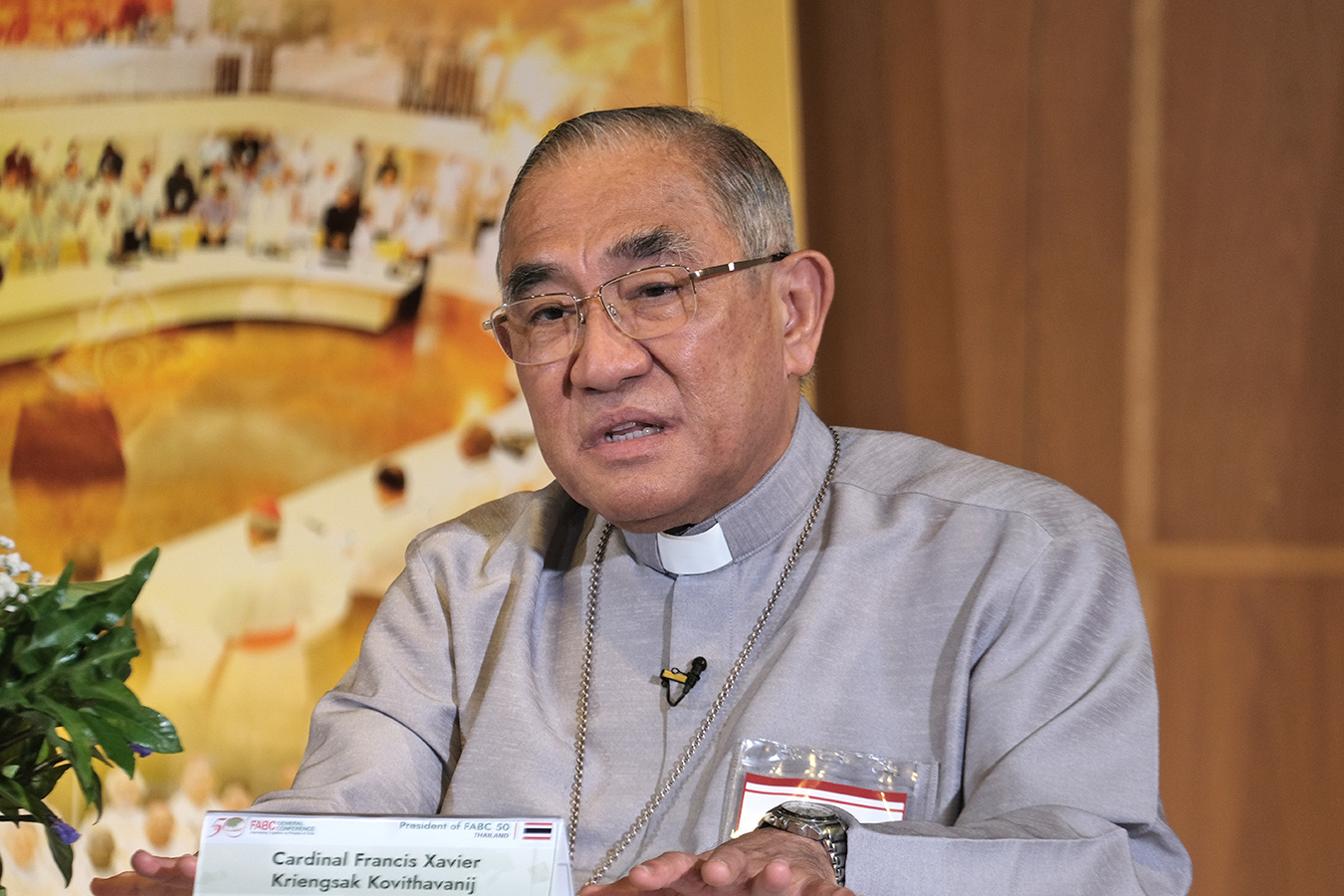 Cardinal Francis Xavier Kriengsak Kovitvanit, Archbishop of Bangkok, speaks during a press conference for the general conference of the Federation of Asian Bishops’ Conferences at the Baan Phu Waan Pastoral Center in Thailand on Oct. 24, 2022. ROY LAGARDE

THAILAND— The head of Bangkok’s Roman Catholic Church said Christian faith can’t be measured by statistics, but the difference one makes in the world with their life.

“The credibility of the Christian faith depends mainly on the witness of the lay people,” said Cardinal Francis Xavier Kriengsak Kovitvanit, archbishop of Bangkok.

He was responding to a question why Christianity remains a minority religion throughout Asia at a press briefing this week for the ongoing Asian bishops’ meeting in Thailand.

According to him, the “witness of the laity” who are “immersed in the life of society” could effectively help in the work of evangelization.

“[They] give witness to the people of other faiths,” he said.

In his message for the general conference of the Federation of Asian Bishops’ Conferences, Pope Francis highlighted the important role of lay people in the Church.

“Let the laity assume their baptism, their function as laypersons,” the pope said.

Cardinal Oswald Gracias of Bombay stressed that synodality entails church leaders and lay people working together in fulfilling the mission.

“And I do feel the necessity of the laity getting involved in all Church projects,” he said. 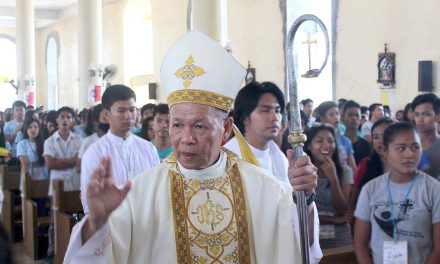 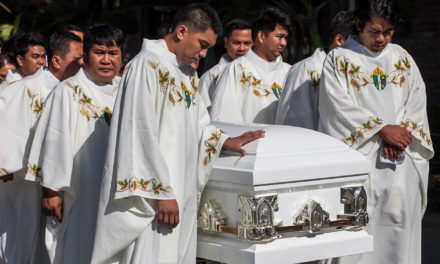 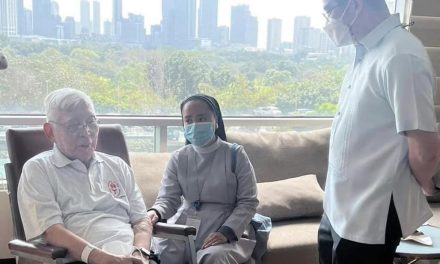 Cardinal Rosales stable, will remain in hospital for monitoring