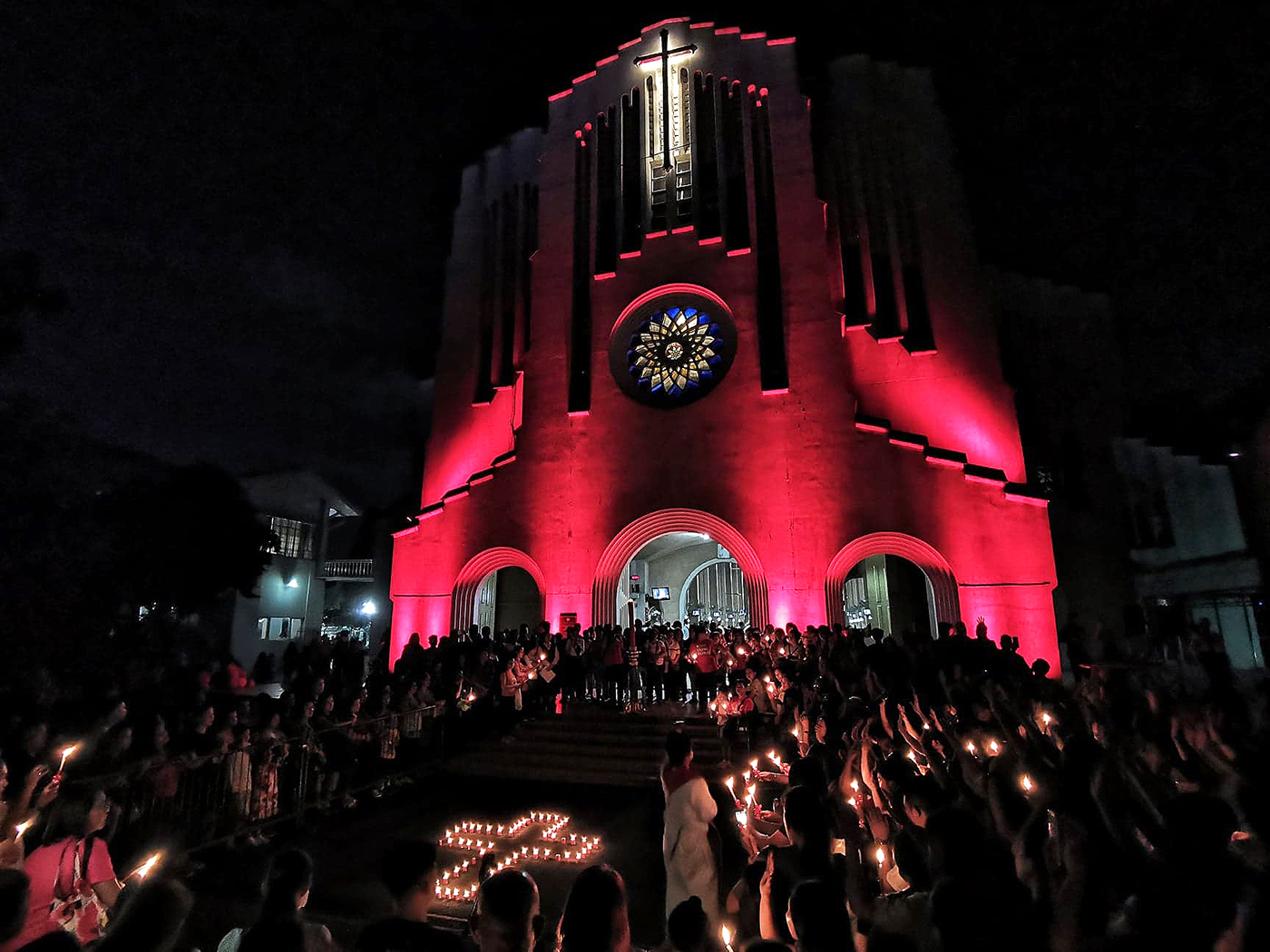 The Baclaran Church joins the observance of “Red Wednesday” on Nov. 27 to raise awareness of the plight of persecuted Christians around the world. ELMARC LIM

More than 2,100 edifices across the Philippines were lit in red to mark “Red Wednesday”, in what could be the largest turnout of the global event.

People wore red as parish churches and schools were turned to draw attention to the plight of Christians around the world who are being persecuted for their faith.

“The response is truly overwhelming,” said Jonathan Luciano, national director of Aid to the Church in Need (ACN) Philippines.

“Red Wednesday is only the beginning. May we continue to pray and aid our brothers and sisters in need,” he said.

Luciano also revealed that a move is underway to make Red Wednesday as “official” Church celebration.

The ACN, he said, already sent a request to the bishops for the said purpose, which they will be discussing in their upcoming plenary assembly in January next year.

“So we are praying that our request will be granted,” he said.

“And if that happens, the Red Wednesday will be an official Church event starting next year. It will be during the Wednesday every after Christ the King,” Luciano added.

ACN’s main Red Wednesday observance this year was held at the Manila Cathedral, wherein a Mass was officiated by Bishop Pablo Virgilio David of Kalookan.

In his homily, the vice president of the bishops’ conference asked the faithful to pray not only for persecuted Christians but also those who persecute them.

“Vengeance has never been the way of Jesus Christ. We are never to return violence for violence, evil for evil,” he stressed.

Following the Mass, an ecumenical prayer service was held outside the cathedral that was bathed in blood-red light.

First organized by the papal charity organization in the United Kingdom in 2016, the event was held in the Philippines for the third time.

Red is the Christian color of martyrdom and studies have shown that Christians continue to be the “most persecuted” faith-group in the world, particularly in the Middle East and Africa.

Luciano called on churches to remain united as one Christian community.

“We are not different because we are one in our faith in God. ACN remembers, our Church remembers and we remember,” he said. 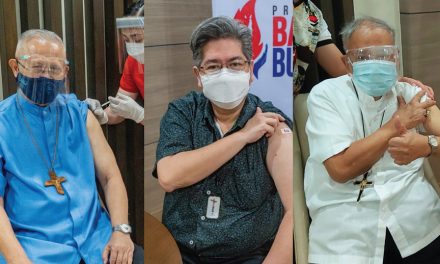 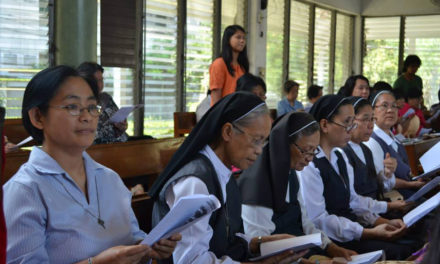