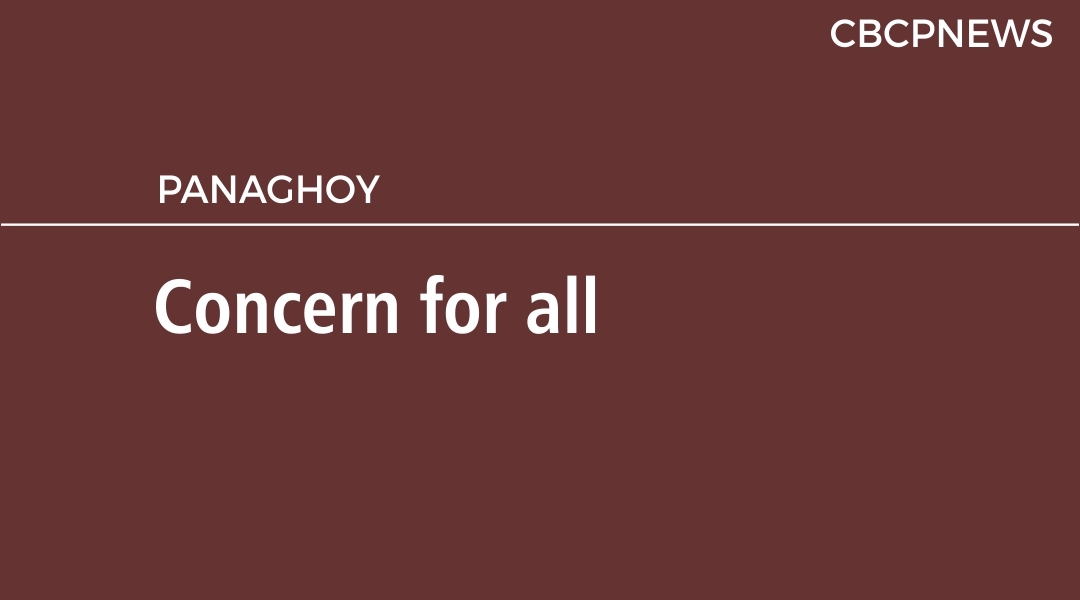 The church is the people of God, not only the bishops, priests and religious. In fact, the vast majority of the church is the lay faithful. All the baptized are mandated to continue the mission of Christ, which is to save the world. The world that needs to be saved includes such institutions as politics and economics. Pope Francis wrote: “No one can demand that religion should be relegated to the inner sanctum of personal life, without influence on societal and national life, without concern for the soundness of civil institutions, without a right to offer an opinion on events affecting society.” (Evangelii Gaudium 183)

In the homily that Pope Francis gave in Domus Sanctae Marthae on September 16, 213, as he was reflecting on those in authority, the Holy Father remarked that some say: ‘A good Catholic doesn’t meddle in politics.’ He said, “That’s not true. That is not a good path. A good Catholic meddles in politics, offering the best of himself, so that those who govern can govern well.” He even gave these very clear words: “None of us can say, ‘I have nothing to do with this, how they govern.’ … No, no, I am responsible for their governance, and I have to do the best so that they govern well, and I have to do my best by participating in politics according to my ability. Politics, according to the Social Doctrine of the Church, is one of the highest forms of charity, because it serves the common good. I cannot wash my hands, eh? We all have to give something!”

Politics is not bad. In fact it is a vocation, a call from God. Again Pope Francis wrote in the encyclical Evangelii Gaudium: “Politics, though often denigrated, remains a lofty vocation and one of the highest forms of charity, inasmuch as it seeks the common good. We need to be convinced that charity is the principle not only of micro-relationships (with friends, with family members or within small groups) but also of macro-relationships (social, economic and political ones).” (205)

The Church, especially through the lay faithful, should be directly involved in politics to bring it to the service of the common good for the benefit of all. On receiving the bishops of Paraguay in September 2008, Pope Benedict XVI said, “A big part of the vocation of Christian laypeople is their participation in politics in order to bring justice, honesty and defense of true and authentic values, and to contribute to the real human and spiritual good of society.  The role of the laity in the temporal order, and especially in politics, is key for the evangelization of society.”  In the same vein, Pope Benedict unequivocally wrote: “It is the primary task of the lay faithful, formed in the school of the Gospel, to be directly involved in political and social activity. Hence they need suitable formation in the principles of the Church’s social teaching.” (Verbum Domini 100)

This does not mean, however, that the clergy can no longer talk about politics. In fact they are the ones to form the faithful on the Catholic Social Teaching. How can they teach the faithful if they do not talk about it? Besides, the priests, the religious and bishops do not cease to be citizens, with responsibility to participate in politics themselves, just because they belong to the hierarchy! Besides, Pope Francis also gave this direction: “The Church’s pastors, taking into account the contributions of the different sciences, have the right to offer opinions on all that affects people’s lives, since the task of evangelization implies and demands the integral promotion of each human being.” (Evangelii Gaudium 182)

Let me conclude: Religion has a role in political debate, not in providing concrete political solutions, which lies outside the competence of religion, but to recall to society the objective moral norms as the basis of justice and the just society. This is the service of the Church to the state. So she must always proclaim what is true, what is right and what is just! Her concern is universal—the salvation of all! 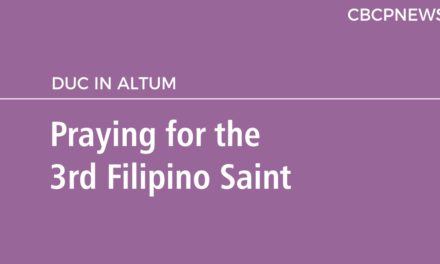 Praying for the 3rd Filipino Saint 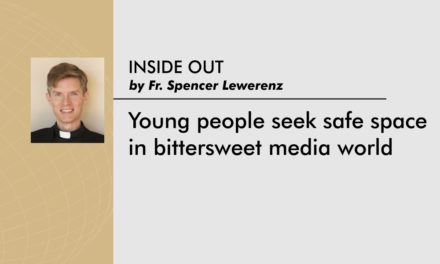 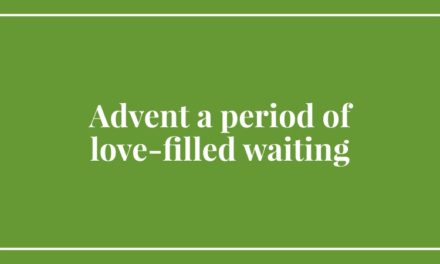 Advent a period of love-filled waiting