Richard Clarke, a counter-terrorism expert who worked in the US National Security Council between 1992–2003, highly criticized the Bush administration’s counter-terrorism strategy and the decision to invade Iraq. He writes: “Far from addressing the popular appeal of the enemy that attacked us, Bush handed that enemy precisely what it wanted and needed, proof that America was at war with Islam, that we were the new Crusaders who came to occupy Muslim land.”

With scores of terrorist attacks happening around the world, these seem to project that terrorists are winning the war on terror.

Max Abrahms argues that terrorism never succeeds. Abrahms analyzed 28 groups designated as terrorist organizations by the US State Department in 2001. He finds that the groups only achieved 7 percent of their 42 policy objectives. Moreover, Abrahms suggests that his findings, “challenge the dominant scholarly opinion that terrorism is strategically rational behavior.”

Granting that terrorists will never win a protracted war against their enemies, Robert Pape, professor of Political Science at the University of Chicago, sees an upside to terror attacks. He claims that suicide terrorism tends to be more effective at influencing policy.

Recent research by Eric Gould and Esteban Klor support this view; they find that terrorist attacks connected to the Arab-Israeli conflict influence public opinion and “cause Israelis to be more willing to grant territorial concessions to the Palestinians.”

Jakana Thomas, by focusing on other markers of success, finds that in African conflicts between 1989-2010 “rebel groups are both more likely to be granted the opportunity to participate in negotiations and offered more concessions when they execute a greater number of terror attacks during civil wars.”

In the Philippines, the above-mentioned studies appear to be true. The war waged by the Moro National Liberation Front (MNLF) led to the creation of the Autonomous Region of Muslim Mindanao (ARMM), which according to critics is a failed experiment having been marred by rampant corruption and bad governance.

When we remove our shoes, belt, cap, and watch at the airport or when we are frisked heavily by authorities upon entering a mall or a building and possibly the church, these, too, are clear signs that terrorists have indeed influenced the policy direction of our institutions.

When asked what had gone wrong in Jolo and led to the bombing of the Cathedral and the death of innocent people, a Police Chief Superintendent from the Philippine National Police (PNP) honestly admitted that there was a lapse in intelligence-gathering and a failure to implement security measures.

Here lies the irony. The government, before the bombing, arrogantly claimed that Mindanao is much safer now because of the imposition of martial law in the region. When asked about it, the same Police Colonel could only quip that even with the best security measures are taken, if the enemy plans a surprise attack, there will always be casualties and devastation.

What happened in Jolo is a strong argument against plans (if ever there are any) to place the whole country under martial rule. The latter does not guarantee our safety. Worse, it may expose us not just to terrorists but to ruthless leaders as well, who may try to annihilate our rights and dignity as citizens.

To win the war on terror requires a multi-faceted approach. Education should take a pre-eminent role in this. Remember, terrorists, before taking up arms, are first made to believe in a cause that is ‘’worth’’ fighting for. Firing guns and detonating bombs to inflict injury are mere intended effects of indoctrination. To counter this, governments should make education work for peace and development. It should be structured in such a way that the young may understand the folly of joining such groups and that true growth and development will not be achieved through intimidation, armed conflict, or terroristic acts.

The rise of ISIS and ISIL gave us a glimpse of how technology works for the advancement of their cause. The internet became these groups’ most effective tool for recruitment and indoctrination. Stringent measures to regulate the use of social media platforms should therefore be in place. Authorities should have the capacity to determine dangerous sites and content that may be detrimental to national security and the safety of Filipinos.

Strengthening inter-government cooperation and sharing intelligence data are also vital to identifying, accosting, and arresting terrorists and their network.

Using intelligence funds properly and organizing community intelligence units in barangays may also help. In other words, funds must not be used to clandestinely support the enemy with hopes of generating more money in a protracted war against terror.

Clearly, the war on terror will not be won by public denunciations alone or by spiteful rhetorics promising the complete annihilation of the enemy. At the very least, these only serve to assuage the feelings of a devastated public whose insecurity grows each day.

What has happened to humanity? This question will linger until we find the courage to address the enemy from within and implement the right formula to defeat terror in our midst. 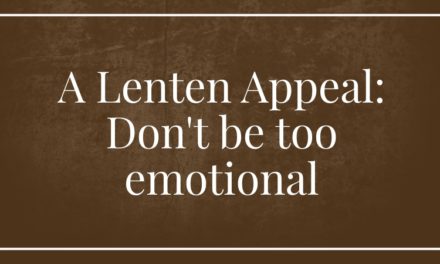 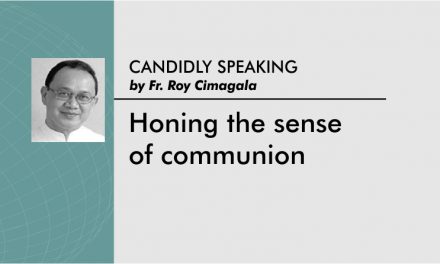 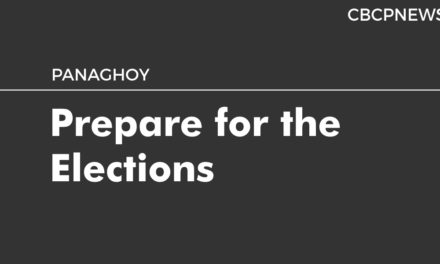 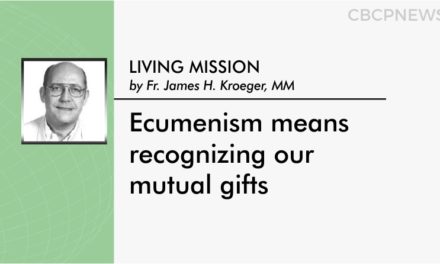