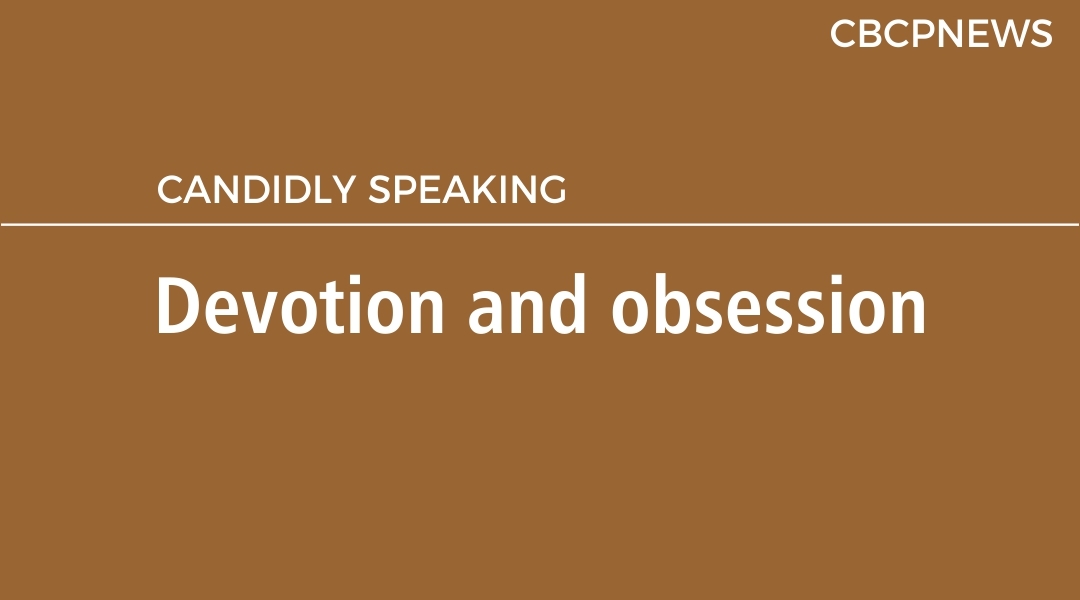 WE need to be able to distinguish between the two. They notoriously look alike, but one is genuine while the other is fake.

One can truly help in our relation with God and others, while the other tends to harden our self-centeredness. One is usually accompanied by peace and joy despite trials and difficulties, while the other would make us restless and agitated despite the apparent pleasures it can give.

Devotion is a good seed or the wheat sown by God himself in a soul. It is God who takes the initiative. One simply tries to correspond to that divine initiative as fully and as best as possible. It expresses itself sincerely from the heart. It truly makes one holy, and helps him grow in humility and all the other virtues.

A pious, or better said, a pietistic obsession is a weed that can impersonate as a devotion and is sown, if not by man himself, then by the devil. (cfr Mt 13,36-40) It makes one proud and vain. Its motive is mundane, not sacred. It can even be tinged with malice, meant to deceive others. Hypocrisy reigns supreme in it.

True devotion is always respectful of Church doctrine even as it assimilates the traditions and customs of the place and time. It observes the proper decorum and has a good sense of priorities. The pietistic obsession is usually swamped with superstitions and hardly cares for Church doctrine and approved practices. It often is showy and likes to flaunt its religiosity.

It is important that we develop our life of piety to the point of devotion, because that would only show that we are giving everything to God and to everyone else because of our love of God

A good devotion properly involves the emotions and passions in its expression. It makes us think of God and others constantly, ever ready to do things for them, to serve them despite difficulties and sacrifices. When the devotion is true and strong nothing can impede it, whatever may be the cost. In fact, there is a sense of joy and satisfaction in the act of self-giving.

A pietistic obsession only feeds on one’s self-satisfaction. It plays the game of pride and vanity. Whatever marks of sanctity it can have are only apparent and cannot cope with life’s real trials and challenges. Whatever zeal it has in terms of apostolate and helping others is often characterized by bitterness and rigidity. The compassion it seems to show is precisely that—it is only for show. It thrives only on fair weather.

Purifying our devotion of any signs of obsession should be a lifelong concern for all of us. We cannot deny that there are many things in this world today that can easily turn our devotion into an obsession. We need to constantly examine ourselves personally and collectively to see if our religious practices are genuine devotions and not mere obsessions.

We cannot deny that there are widespread anomalies insofar as our religious practices are concerned. On one side, we can have people who are so intellectual and cerebral in their approach to God and others that their relation becomes cold and rigid.

On the other side, there those who get so emotional and passionate in their religious practices without regard to whether they still are on the right path or are already indulging in superstitions.

A continuing process of catechesis and formation is truly a great need. This should start in the family with the bigger entities like the parishes and schools providing subsidiary support. Hopefully, the formation would start with the little children, so that they can grow up with clear ideas and correct practices already in place.