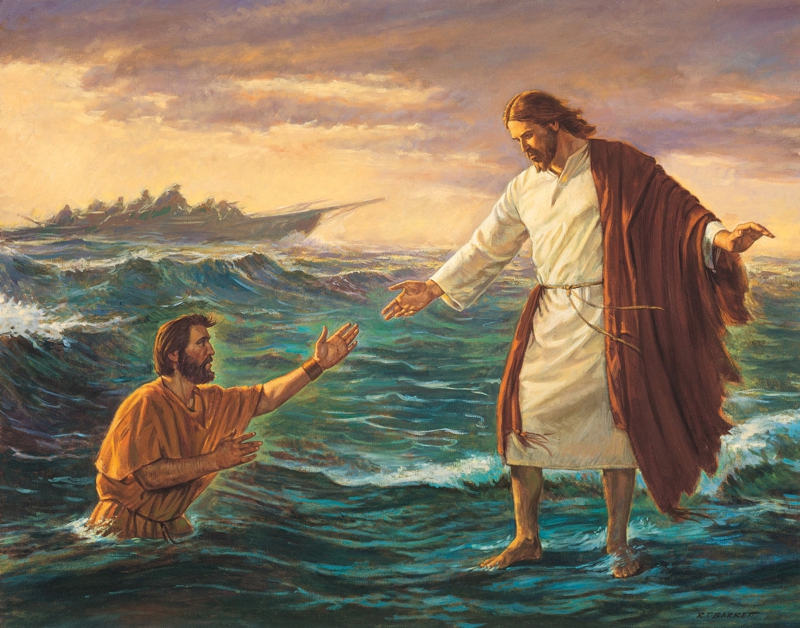 ON the question whether it was enough to rely on the technological revolution without reference to God, the late John Paul II once said: “Christ alone is the cornerstone on which it is possible to build one’s existence. The 20th century often tried to do without reference to Him. It ended by actually building that city against man.” Indeed, there has been much change in man’s attitude to God in the 20th century. Even in this country, the culture tends to do away with the spiritual dimension of life. In the countryside, fifty years ago, once the bell rang for the six o’clock, the whole family gathered in front of their altar to pray the angelus and rosary; and seldom does house construction provide for a family altar. Now, they gather for such primetime dramas as “Amaya” or “Time of My Life” Indeed, how many people really make God the center of their lives? But at the same time, a man of faith asks—why does God allow these things to happen? Why does He not reverse the cultural transformation?

Why does he not visibly help those who wish to build brick by brick the city of God within the city of man? Why doesn’t he teach godless men a lesson that they cannot build the city of man without reference to the spiritual dimension of their lives?
It is possible that Elijah raised almost similar questions during his time. Around the middle of the ninth century, BC, God called him for a mission to bring back the people of Israel to true worship, because they had turned their back on Yahweh.

Thus, he fearlessly spoke against the proselytizing efforts of the pagan queen Jezebel in the northern kingdom, and defeated her more than 800 prophets at Carmel (1 Kings 18). Since the queen was greatly displeased, Elijah ran for his life. And he felt frustrated that God seemed to have allowed him to battle against Jezebel alone, and that his mission had no success. So, he prayed for death: “This is enough, Lord! Take my life, for I am no better than my fathers” (1 Kgs 19:4b). But as the first reading indicates, it is not that God was absent in his fight against Jezebel; it is simply that he was not present in the way Elijah imagined: “A strong and heavy wind was rending the mountains and crushing rocks before the Lord—but the Lord was not in the wind. After the wind there was an earthquake—but the Lord was not in the earthquake. After the earthquake there was fire—but the Lord was not in the fire. After the fire there was a tiny whispering sound” (1 Kgs 19:11-12). Yes, the Lord was present, but in a new way—in a hidden way, as in a tiny whispering sound!

Today’s Gospel conveys almost similar point. The narrative is rather symbolic: the scene of the disciples gathered in a boat is unmistakably a picture of the Church, and the rough waves raised by strong headwinds that tossed the boat could be easily identified with the persecution that the early Church must have experienced. Like the persecutions by Jezebel, the persecutions that the early Church underwent shook the faith of the first Christians, some even giving it up. Others certainly raised questions whether Jesus still cared for them, since in their prayer they felt his absence. It is natural to expect that some would have wondered why Jesus allowed the persecutions to happen. But if the Gospel has anything to teach us, it is that in the direst need of the Church, when everything seems lost, Christ is there present in their midst: “Get hold of yourselves! It is I. Do not be afraid” (Matt 14:27). The saying “it is I” reminds us of Yahweh’s appearances in the Old Testament theophanies, as when God appeared to Moses saying “I am,” assuring him that Yahweh was there to save his people. The point of the Gospel is that Christ does not abandon the Church; when it faces crisis and persecutions, he is always there to save his people.

What is important is that every Church leader or every Christian puts his trust in him. To stress this point, Matthew tells us the story of Peter who asked permission from the Lord to share in his miraculous power, but frightened by the power of the sea, the wind and the waves, became scared, buckled and started sinking. Like that of the disciples in the boat, the scene of Peter eventually collapsing is a picture of every Church leader or Christian who, in the face of crisis, is caught in a conflict between faith and doubt. (It is even probable that this scene anticipates for the reader the later failure of Peter in the passion narrative, when he denied the Lord three times, fearing that he might share in the latter’s fate!) Of course, it is not easy to face persecutions. When the going gets tough, more than toughness is needed to get going—especially when one experiences reversals or setbacks, one after the other, and there is no one to turn to, since the Lord himself seems to be absent or not to care. But like the story of the small whispering sound in the first reading, the story of the Lord coming to Peter indicates that the Lord is with the Christian, though not necessarily in the way the believer expects him to be present. Despite all appearances to the contrary, he does not abandon the Christian in crisis—he is always there to save.

All the Christian needs is trust in his presence, and in his power to save. He is always there with him, watching him in prayer, even as Jesus was at the top of the mountain praying while the disciples were inside the boat (Matt 14:23). When the Christian faces crisis and persecution, Christ does not allow him to disappear, even as Jesus did not allow Peter to sink entirely (Matt 14:31). But it is faith that is decisive, it is faith that saves (Matt 14:32), for faith knows that God cares, despite appearances to the contrary. Which brings to mind the song Footprints in the Sand, a story about a believer who dreamed he was walking with the Lord along the beach. Scenes from his life flashed across the sky, and for each scene, he noticed two sets of footprints in the sand, one belonging to him, the other to the Lord. In a remarkable dialogue, the believer asked: “Lord, you said that once I decided to follow you, you’d walk with me all the way. But I have noticed that during the most troublesome times in my life, there is only one set of footprints. I don’t understand why when I needed you most you would leave me.” But the Lord replied: “My son, my precious child, I love you and I would never leave you. During your times of trial and suffering, when you see only one set of footprints, it was then that I carried you.” Of course, being saved does not always mean being freed from death; it could also mean being saved even in death. 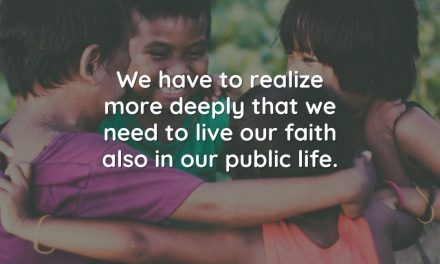 Giving witness to our faith in public 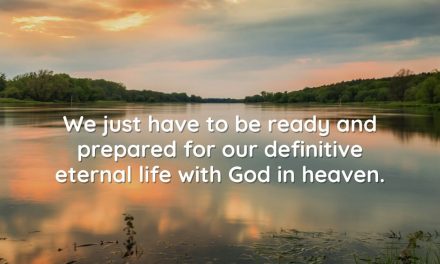 Be always ready for eternity 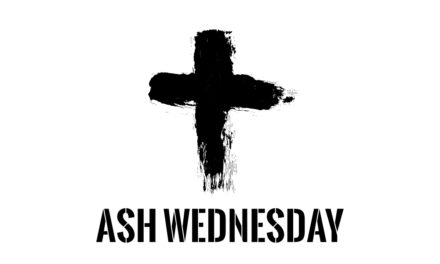 Called to live a life of discipleship 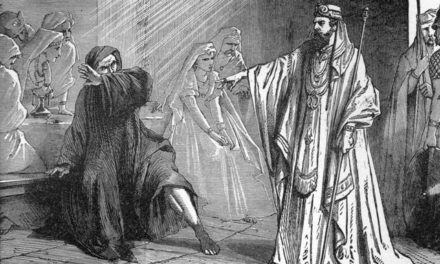 Unworthy of the gift?