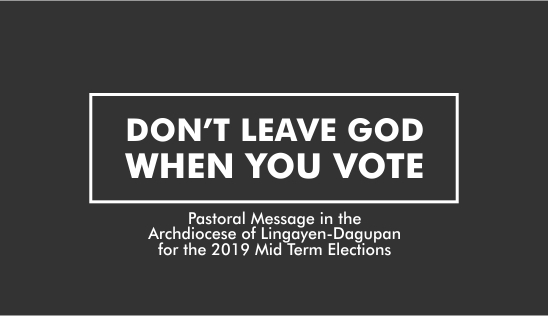 Brothers and sisters in Christ in Lingayen Dagupan:

All elections are important. Each vote is the power of the people to choose their leaders. It is the backbone of democracy. The candidates are job applicants for vacant positions. They must present their credentials humbly and honestly. We have the duty to assess them diligently and, freed from pressure, check if they meet our standards. We decide; not the candidates.

Be critical voters. Be Godly voters. Bring your faith as you choose. Do not leave God when you vote.

Pope Benedict XVI called the proper exercise of democracy as the most effective way of ensuring a future for the welfare of humanity.

The kind of leaders we elect reveals the kind of people we are. The winners in elections are mirrors of the values and aspirations, dreams and hopes of the people who voted for them. It can also show our backward moving society.

In the exercise of the right to vote, as recent history shows, values and convictions can be easily manipulated by people who seek brute power.

When we vote as if God did not exist, the nation suffers. Democracy is at risk.

When we demand that religion be purely a private matter that it should not touch political choices, society suffers. Democracy is hurt.

And if we continue to keep ethics out of public service, democracy will be killed quietly unnoticed. And we die deprived of our freedoms.

When religion is removed from the political arena, public life is sapped of its motivation and politics takes on a domineering and aggressive character warned Pope Benedict XVI.

Our Situation: The 6Ks

How are we? Where are we? What is working and what needs change?

We have five primary concerns. Some of you might want to add or remove.  Consider KAMATAYAN, KABASTUSAN, KORAPSYON, KAHIRAPAN, KASARINLAN and KASINUNGALINGAN.

Killing criminals does not solve problems; it has not solved the drug problem. We need to ask why did they become drug addicts? Where do the drugs come from? Who or where is the source?

Honesty is still the best policy; it should be; it will always be. There is no place in heaven for liars. Lying candidates should receive no vote. Liar candidates will be the future corrupt officials. Fake news is the mother of corruption. Corruption thrives in the plastic garden of fake news. Ang sinungaling ay kapatid ng magnanakaw.

A clear and realistic program for the poor, for the homeless and the sick, for those with disabilities and for the jobless must go beyond sweet promises of candidates. Self-serving moves to amend the Constitution and the prevalence of political dynasties will hurt the poor even more. If we do not vote well, more of our freedoms will be lost to political dynasties.

The steady intrusion of China into our territorial waters and the tightening grip of China on us due to Chinese loans put our sovereignty at risk. We are an independent nation recognized by the family of nations. To joke about being a province of China is not funny; it is painful. It is wrong.

If you agree that the six primary concerns need our attention, look at the candidates and ask:

Have they given the orders to kill? Have they protected liars? Truth is not a political issue; it is a moral issue. Human dignity goes beyond political coalitions. It is a godly concern.  Sila ba ang TAGA-UTOS?

Have they contributed to the current problem of 5 Ks?  Have they actively cheered and encouraged, enabled and supported the purveyors of the 6 Ks? Sila ba ang TAGA-SULSOL?

Have they been quiet fence sitters who just allowed the 5 Ks to turn from bad to worse? Silence in the face of evil is itself evil (Bonhoeffer). Sila ba yong mababait pero TAHIMIK sa masama? Walang paninindigan? Have they chosen to stay safe rather than stand up for truth, sovereignty and human dignity?

Be careful. Be critical. Be courageous. How would Christ vote? Vote like Christ. Do not leave God at the altar. Bring your Christian faith when you vote.

May Our Lady who appeared to the three children at Fatima guide us and show us the face of her loving Son. 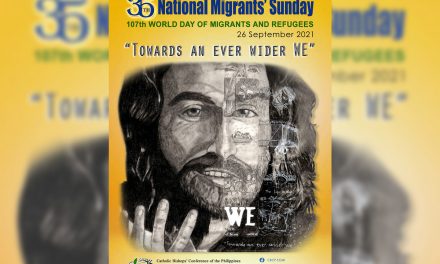 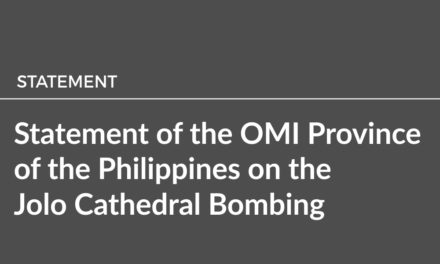 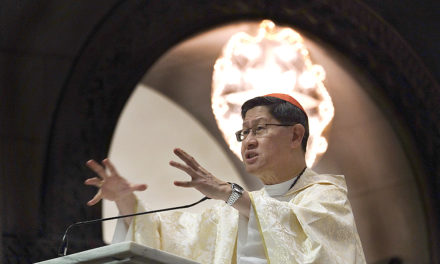 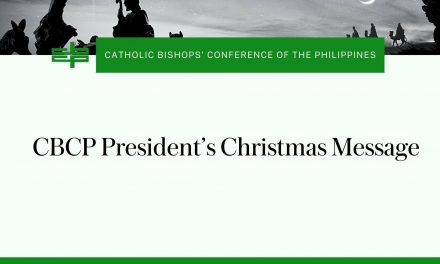