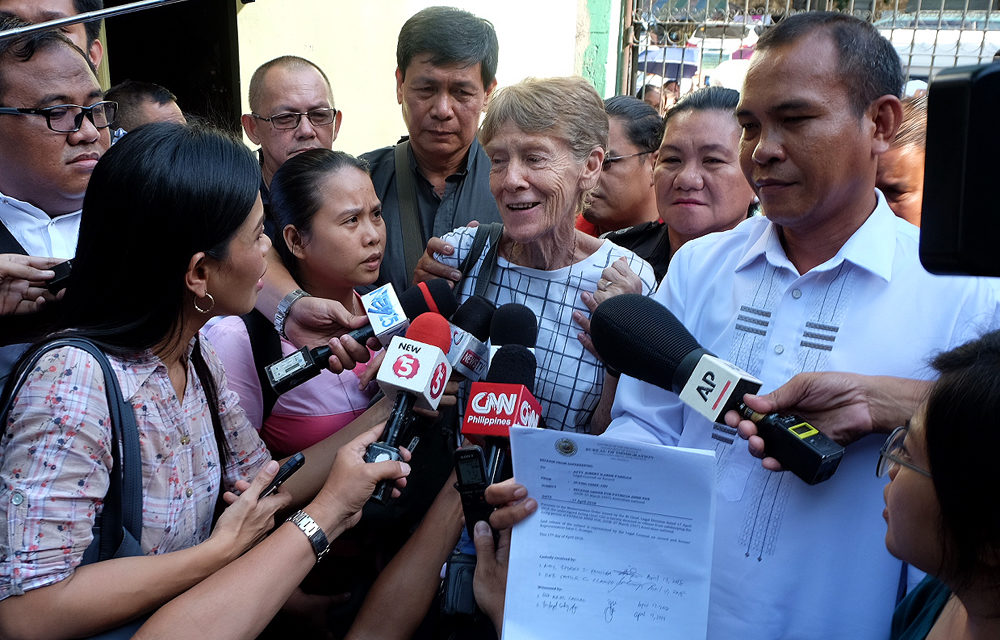 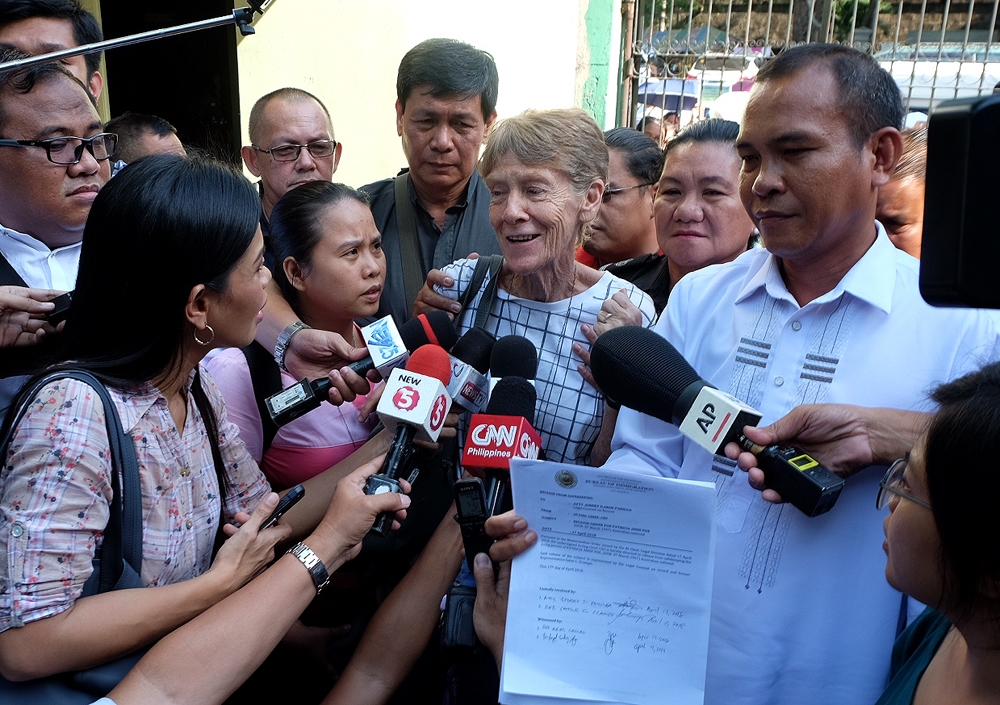 Sr. Patricia Anne Fox speaks to the media after her release from the custody of the Bureau of Immigration in Manila, April 17, 2018. ROY LAGARDE

President Rodrigo Duterte has claimed “full responsibility” for the temporary detention of Sr. Patricia Anne Fox as he did not mince words in criticizing the 71-year-old nun.

Speaking at the Armed Forces of the Philippines change of command ceremony on Wednesday, he admitted ordering the Bureau of Immigration to investigate the Australian missionary.

But the president clarified that he only ordered the BI to invite the nun for questioning, and not to detain her.

“I ordered her to be investigated, not deported at once, not arrested, but invite her to an investigation for a disorderly conduct,” he said.

A fuming Duterte accused the nun of attacking his administration in protest rallies, an action, he said, that is tantamount to “violation of sovereignty”.

As a politician, Duterte said he had endured attacks for almost 40 years. He said, however, that only Filipinos are entitled to criticize him.

“But if I will be insulted, in the cloak of being just a Catholic priest [nun] and you are a foreigner, who are you?” he said.

As the president, Duterte boasted his power to order the deportation of any alien violating the country’s immigration law.

“Don’t let her in because that nun has no shame! You do not have the right to criticize us,” Duterte said.

Using photographs as evidence, he said that the agency accused Fox of joining anti-government demonstrations in the cities of Davao and Tagum, both in Mindanao.

The nun, however, said that one photo was about her visit to farmers and political prisoners detained at the Tagum city jail.

Another image, she added, was when she joined a protest of workers who were fired by a beverage company for trying to unionize.

“We work with organized groups who are working for social justice. Often, groups working for justice are labeled left,” Fox said in an interview over ANC’s April 18 episode of “Matters of Fact”.

“Like if you want, land rights, you’re Left. But to me it’s just basic human social justice issue… It’s very consistent with the teaching of the church,” she said.

‘I will order your arrest’

Instead of hitting the government, he advised her to attend to the Church’s own problems and criticize Australia government’s own failures, including how it rejected refugees.

“You are too presumptuous about looking at the Philippines. You have human rights violations there and it’s worse. At least here I only kill criminals,” he said.

“Who are you? Just because you are a nun? You go back to your country and try to ponder the enormity of your problems,” added Duterte.

The missionary of Sisters of Sion was released yesterday after she was held for 22 hours under the custody of the BI.

According to Duterte, the only reason for Fox’s release is because she was not caught berating the government.

“If you begin to try to malign the government in any of those rallies there, I will order your arrest,” he said. 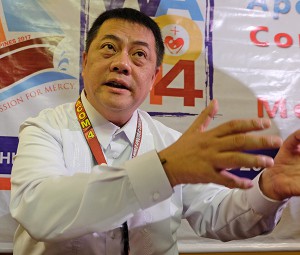 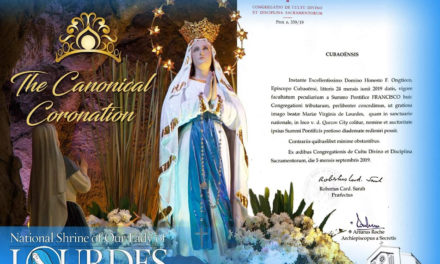 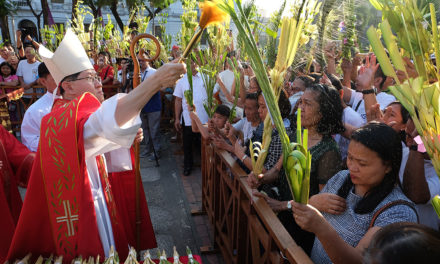 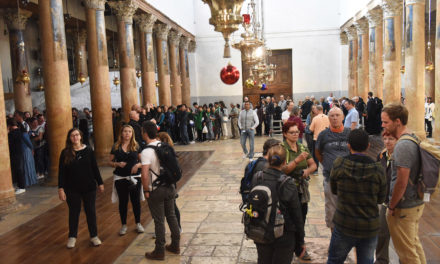