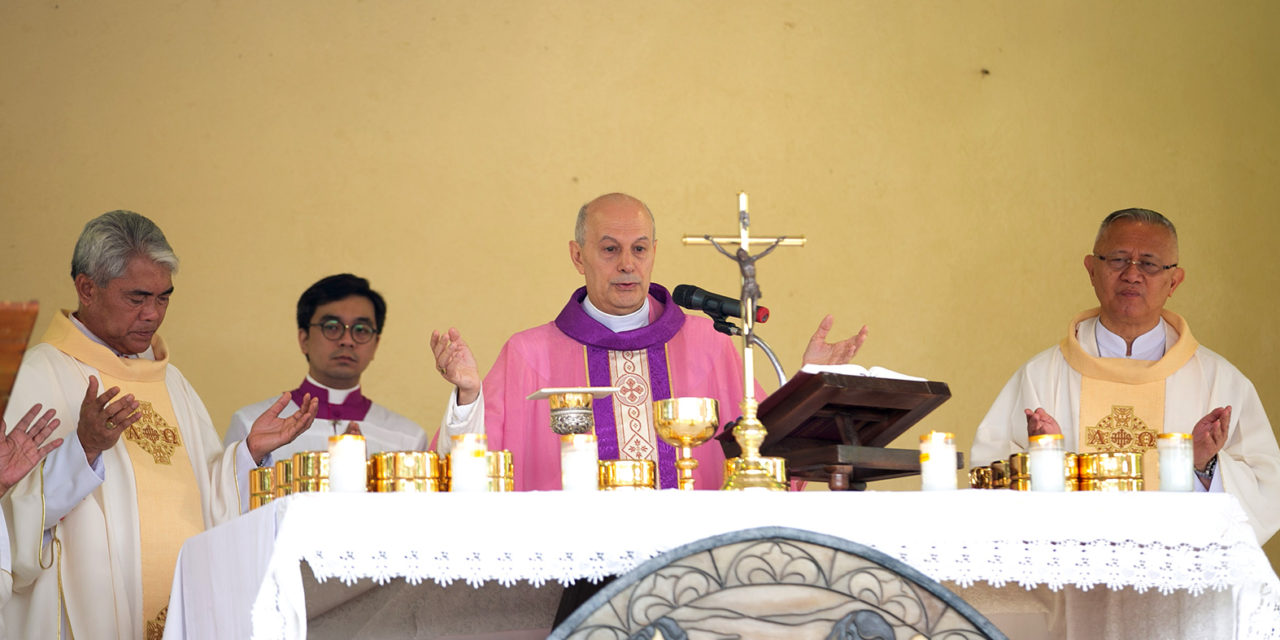 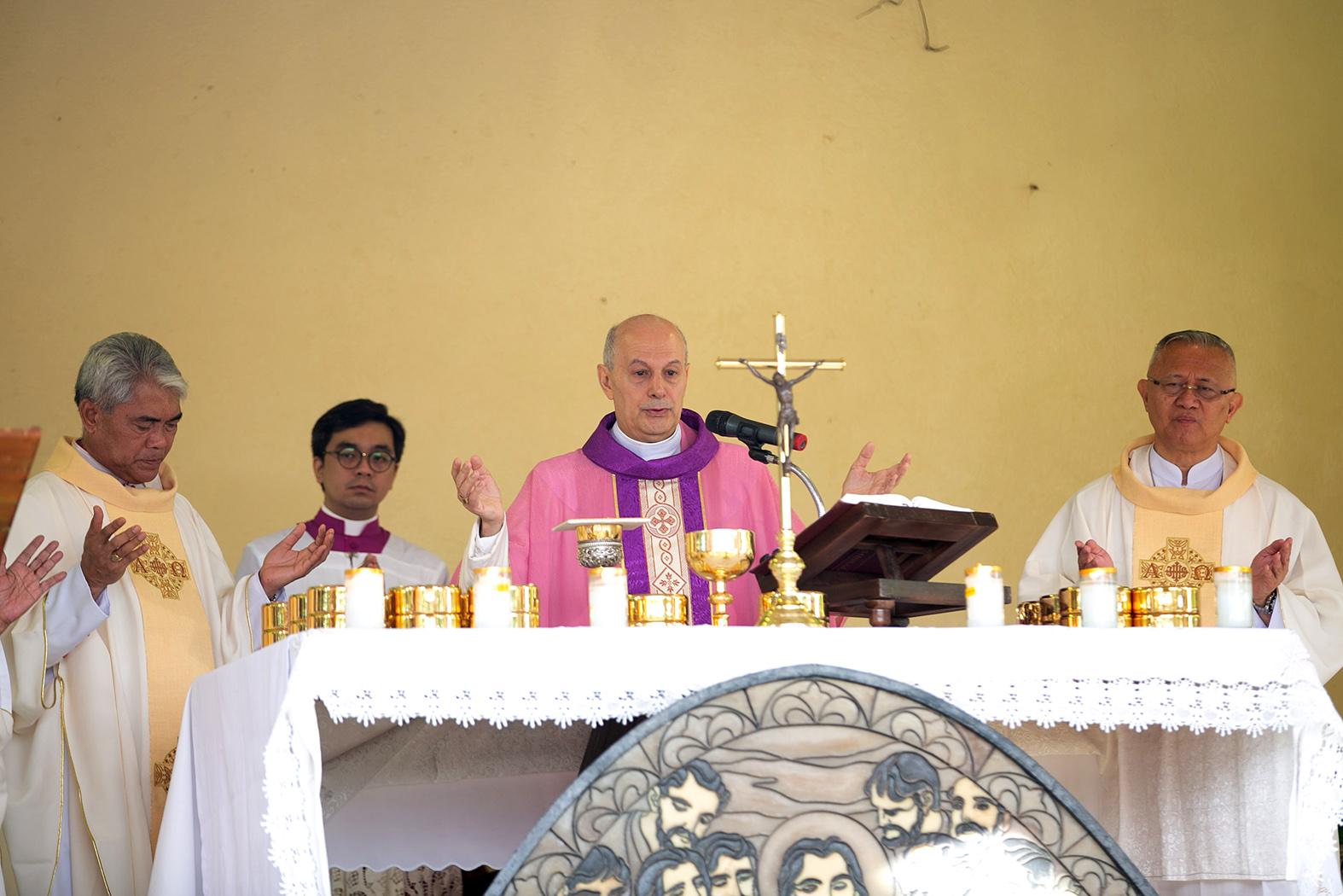 Papal Nuncio Archbishop Gabriele Caccia leads the 498th anniversary of the first Mass in Limasawa Island on March 31, 2019. PHOTO FROM THE DIOCESE OF MAASIN

President Rodrigo Duterte has made the first Mass held in the Philippines almost 500 years ago a fixed celebration in Southern Leyte.

Malacañang published a new law this week in which Duterte declared March 31 of every year as a special holiday in the province to mark the first Mass in Limasawa Island.

The law said Duterte wanted the celebration to be called “First Mass Day” in honor of the first religious ceremony of the Catholic faith in the country.

“Upon proclamation of the President, March 31 of every year shall be a special nonworking holiday in the whole Province of Southern Leyte,” it added.

The new law was approved by the chief executive on Aug. 22 but was only made public a week later.

Marking the historic event had been a yearly occasion in the province ever since the establishment of the Maasin diocese in 1968.

The first bishop of Maasin diocese, Vicente Ataviado, would cross to the island every March 31 to celebrate Mass in commemoration of the first Easter Sunday Mass held in 1521 in Limasawa.

In 1971, on the 450th anniversary of the first Mass, no other Cardinal Julio Rosales himself led the celebration, along with some other bishops and priests.

Now under the leadership of Bishop Precioso Cantillas, the yearly activity has become one of the well-celebrated gatherings in the diocese.

On March 31 this year, Archbishop Gabriele Caccia, the Apostolic Nuncio to the Philippines, also went to Limasawa for the 498th anniversary celebration of the first Mass.

The event included a reenactment of the arrival of Portuguese explorer Ferdinand Magellan and his men on the island almost 500 years ago.

Father Pedro de Valderrama was said to be the only priest in Magellan’s crew, who was tasked to celebrate Mass on the shores of Limasawa.

The island at the tip of Southern Leyte with a population of about 6,000 in six villages is home to a lone but growing Catholic parish.

Archbishop Caccia, in his homily, said that the birth of Christianity in the country inspired Filipinos “to share, to announce to people this Good News”.

Since its erection, the Maasin diocese now has at least 43 parishes, four chaplaincies, mission stations, and quasi-parish. CBCPNEWS 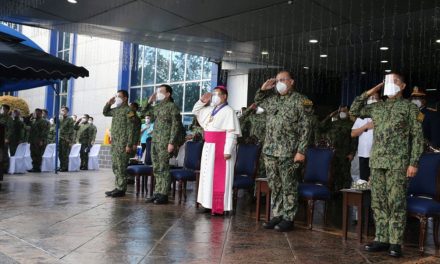 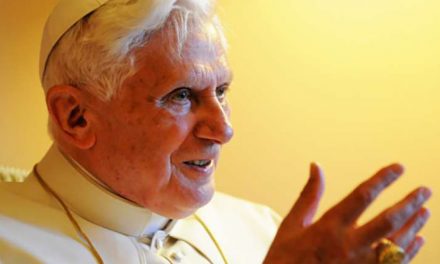 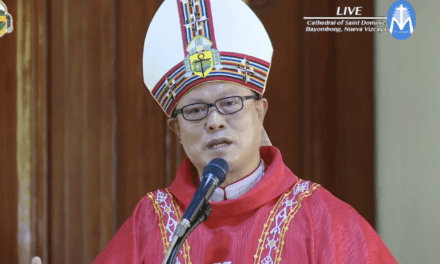 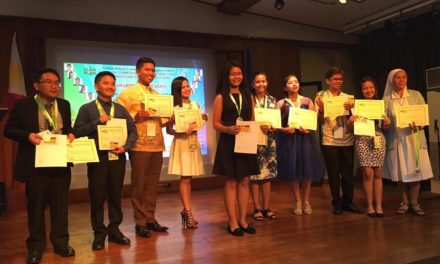