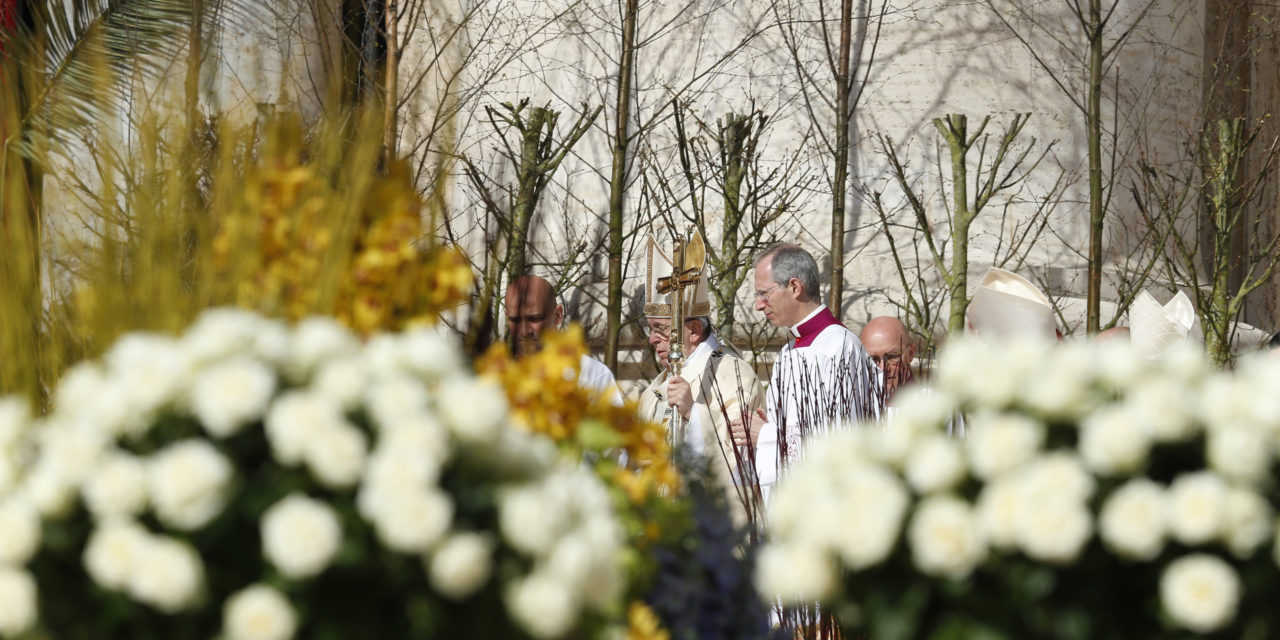 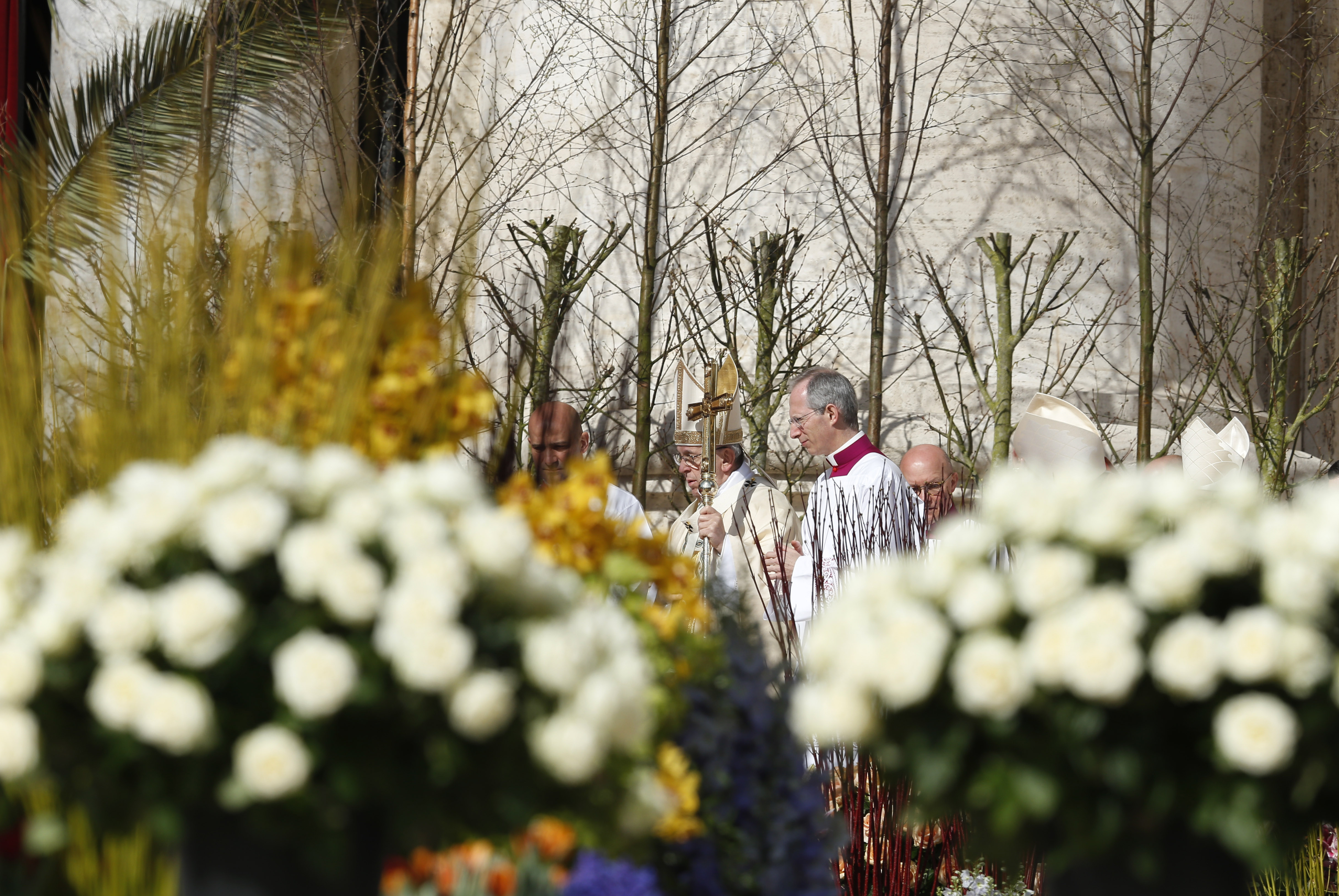 Easter makes it clear that in the life of Jesus, but also in the lives of modern men and women, “death, solitude and fear” do not have the last word, Pope Francis said before giving his Easter blessing.

“The words heard by the women at the tomb are also addressed to us: ‘Why do you seek the living among the dead? He is not here, but has risen,'” the pope said as he prepared April 1 to give his Easter blessing “urbi et orbi” (to the city and the world).

“By the power of God’s love,” Jesus’ victory over death “dispels wickedness, washes faults away, restores innocence to the fallen and joy to mourners, drives out hatred, fosters concord and brings down the mighty,” the pope said, quoting the formal Easter proclamation.

Standing on the central balcony of St. Peter’s Basilica after having celebrated a morning Mass in the square, Pope Francis focused on how Jesus foretold his death and resurrection using the image of the grain of wheat, which bears no fruit unless it is put into the ground.

“This is precisely what happened: Jesus, the grain of wheat sowed by God in the furrows of the earth, died, killed by the sin of the world,” the pope said. “He remained two days in the tomb; but his death contained God’s love in all its power, released and made manifest on the third day, the day we celebrate today: the Easter of Christ the Lord.”

After a stormy Holy Saturday with rain beating down throughout the night, Easter morning dawned bright and sunny at the Vatican, highlighting the thousands of flowers, trees and bushes donated by flower growers in the Netherlands.

The garden created on the steps of St. Peter’s Square included 20,000 tulips in yellow, red, pink, white and orange. Some 13,500 daffodils and more than 3,500 roses also were part of the scene, but the flower-growers association drew special attention to close to 1,000 cymbidium, also known as boat orchids. The orchids closest to the altar were green, the color of hope. Others were yellow, speckled with red, reminiscent of drops of Christ’s blood, according to the press release from the flower growers.

Pope Francis gave a brief homily during the Mass, speaking without a prepared text about how God’s actions throughout history to save his people have been acts that surprised them, touched their hearts and prompted them to rush to share the news with others.

“The women who had gone to anoint the Lord’s body found themselves before a surprise” when they reached the empty tomb, he said. “God’s announcements are always a surprise, because our God is a God of surprises.”

That surprise caused the women to rush back to the other disciples to share the news, he said, just like the shepherds rushed when they heard the angels announce Jesus’ birth and like Peter and John ran to tell others when they found the teacher and master they had been seeking.

“Those people left what they were doing; housewives left their potatoes in the pan — they would find them burned later — but what is important is to go, run to see the surprise” that was announced, Pope Francis said.

On Easter, he said, Christians should ask themselves if they have hearts open to being surprised by God and if they feel a need to rush to share with others the good news of God’s saving acts.

After the Mass and after greeting each of the cardinals and many of the bishops and monsignors present near the altar, Pope Francis climbed into the popemobile for a quick trip around St. Peter’s Square and part of the way down the main boulevard leading to the square. He then went up to the balcony to give his formal Easter blessing.

In his remarks to the tens of thousands of people in St. Peter’s Square, Pope Francis insisted Jesus’ power over death continues today and can bring peace to the world’s most serious situations of conflict, including in Syria, the Holy Land, Yemen, Congo, South Sudan, Ukraine, the Korean peninsula and Venezuela.

“We Christians believe and know that Christ’s resurrection is the true hope of the world, the hope that does not disappoint,” the pope said. “It is the power of the grain of wheat, the power of that love which humbles itself and gives itself to the very end, and thus truly renews the world.”

In all the “furrows of our history, marked by so many acts of injustice and violence,” he said, the power of the Resurrection and the acts it inspires in believers “bears fruits of hope and dignity where there are deprivation and exclusion, hunger and unemployment, where there are migrants and refugees — so often rejected by today’s culture of waste — and victims of the drug trade, human trafficking and contemporary forms of slavery.”

Pope Francis included special prayers for “those children who, as a result of wars and hunger, grow up without hope, lacking education and health care; and to those elderly persons who are cast off by a selfish culture that ostracizes those who are not ‘productive.'” 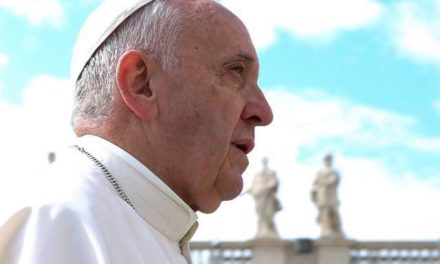 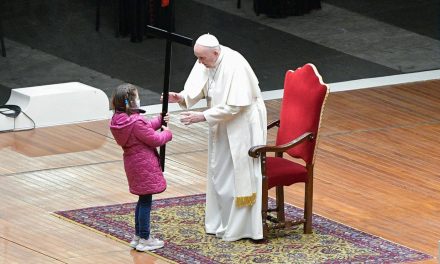 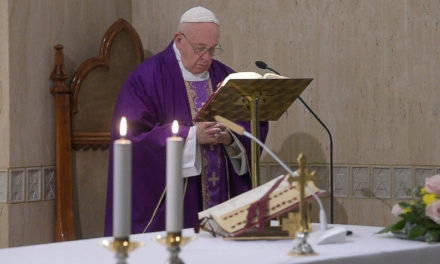 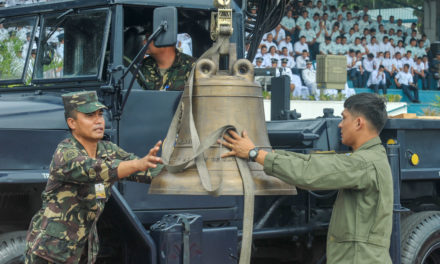