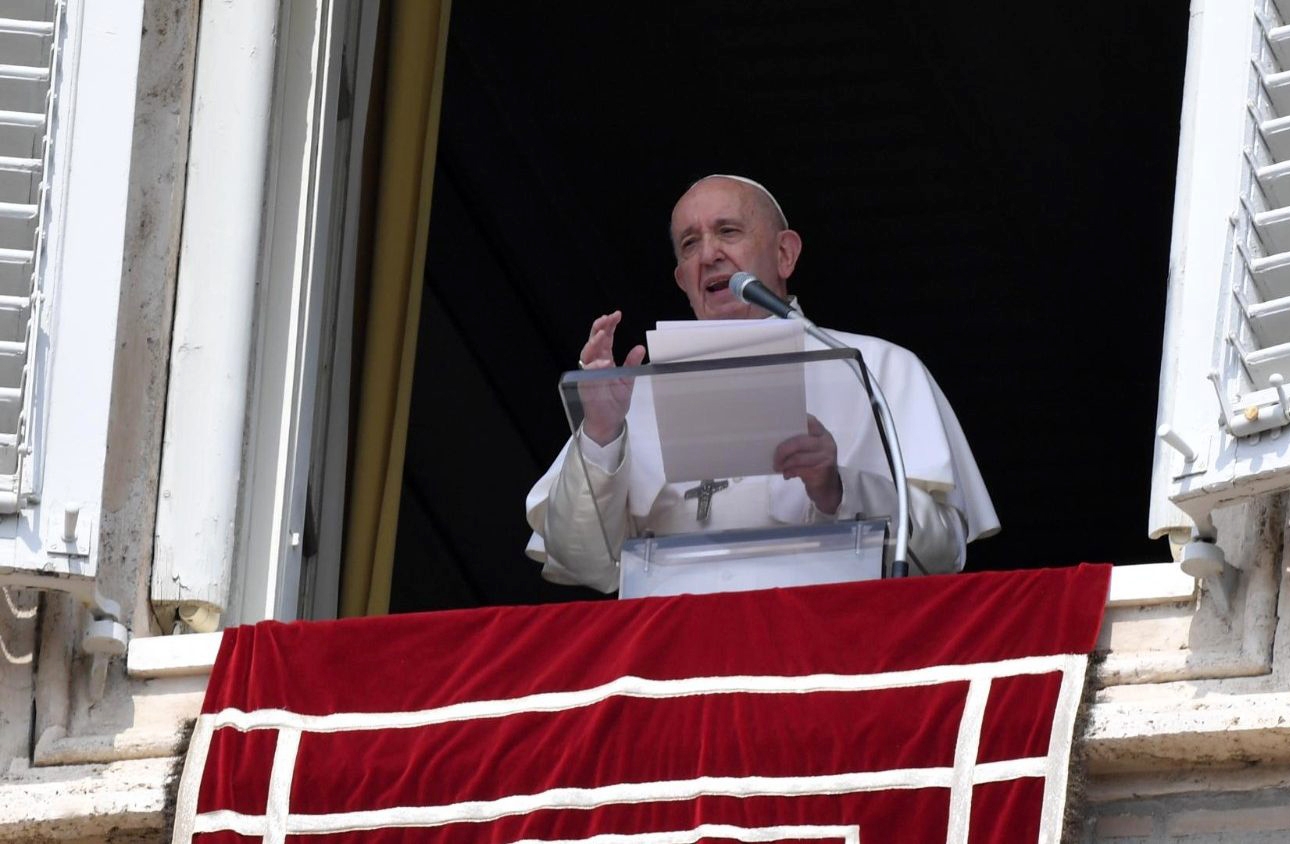 Pope Francis leads the Angelus from the window of his studio overlooking St. Peter’s Square at the Vatican Sept. 1, 2019. VATICAN MEDIA

VATICAN— Pope Francis begged the pardon of the crowd gathered in St. Peter’s Square Sunday, explaining that he was late because he had gotten stuck in a Vatican elevator and had to wait for help from the fire department.

“First of all, I have to apologize for the delay, but there was an accident: I was locked in the elevator for 25 minutes!” the pope said Sept. 1, after arriving seven minutes late for the noon Angelus and reflection.

He explained that “there was a drop in voltage and the elevator stopped. Thank God the fire department came – I thank them so much! – and after 25 minutes of work they managed to make it go. A round of applause for the fire department!”

Pope Francis is usually very punctual for the regular Sunday appointment, for which he reads a short reflection and then prays a traditional Marian prayer, either the Angelus or the Regina Coeli, from a window inside the apostolic palace overlooking St. Peter’s Square.

He explained that in the day’s Gospel, Jesus attends a banquet at the home of one of the leading Pharisees, and he sees people choosing the places of honor for themselves.

So, Jesus shares two parables about people vying for the best place, which “is a rather widespread attitude, even in our day,” he said.

“And not only when we are invited to a lunch: usually, we look for the first place to affirm a presumed superiority over others,” he continued. “In reality this race to the first places hurts the community, both civil and ecclesial, because it ruins fraternity.”

The first parable Jesus tells addresses the guest who is inclined to take the best place. Jesus warns against doing so, because “a more distinguished guest” may arrive, leading to an embarrassing moment when having to move to the last place.

“Jesus teaches us to have the opposite attitude,” the pope said. “We must not seek the attention and consideration of others on our own initiative, but rather let others be the ones to give it to us.”

Francis noted that in the second parable, Jesus addresses the host and tells him or her to invite those who cannot repay, such as the poor, the crippled, the lame, the blind.

“Here too, Jesus goes completely against the current, manifesting as always the logic of God the Father,” he said.

According to Pope Francis, the key to interpreting Jesus’ lesson is this: “that those who behave in this way will have divine reward, [which is] much superior to human repayment.”

Doing something for someone only because you will receive something in return is not Christian, he said. In fact, it turns relationships into commercial transactions.

“Jesus invites us to selfless generosity, to open the way to a much greater joy, the joy of being participants in the very love of God that awaits us, all of us, in the heavenly banquet,” he said. 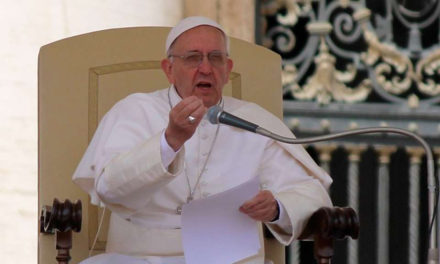 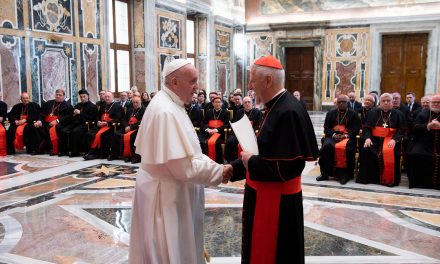 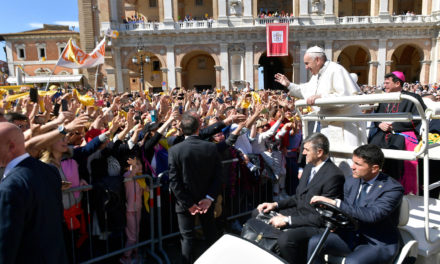 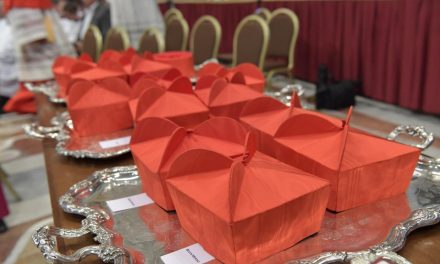