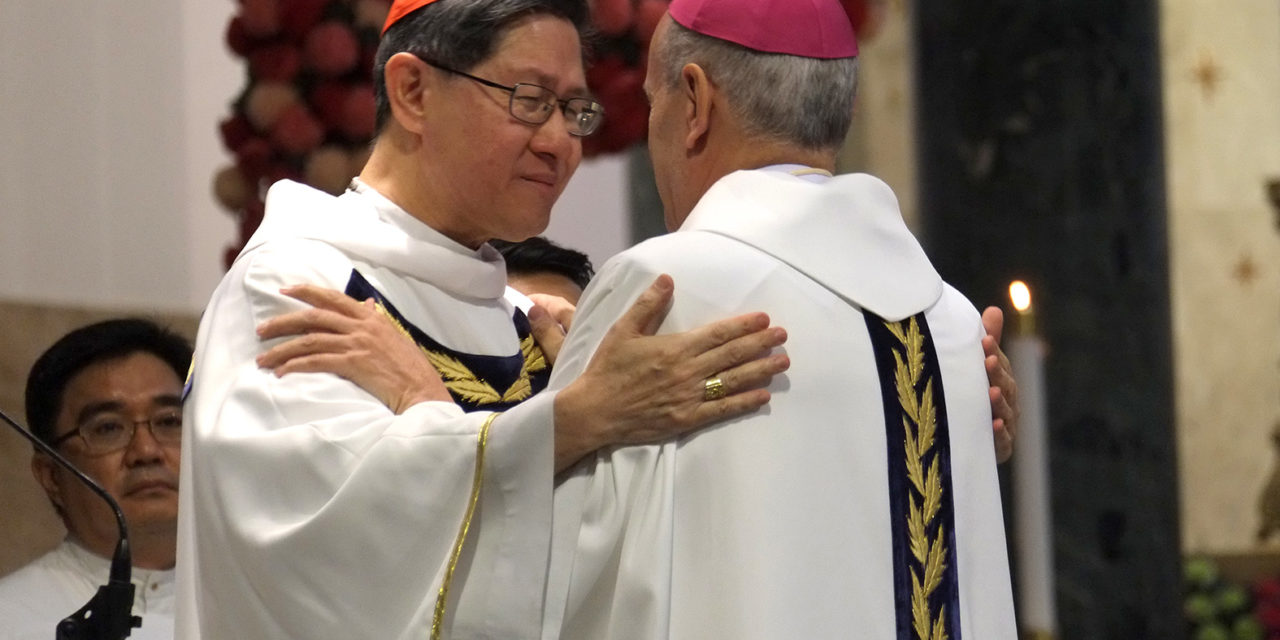 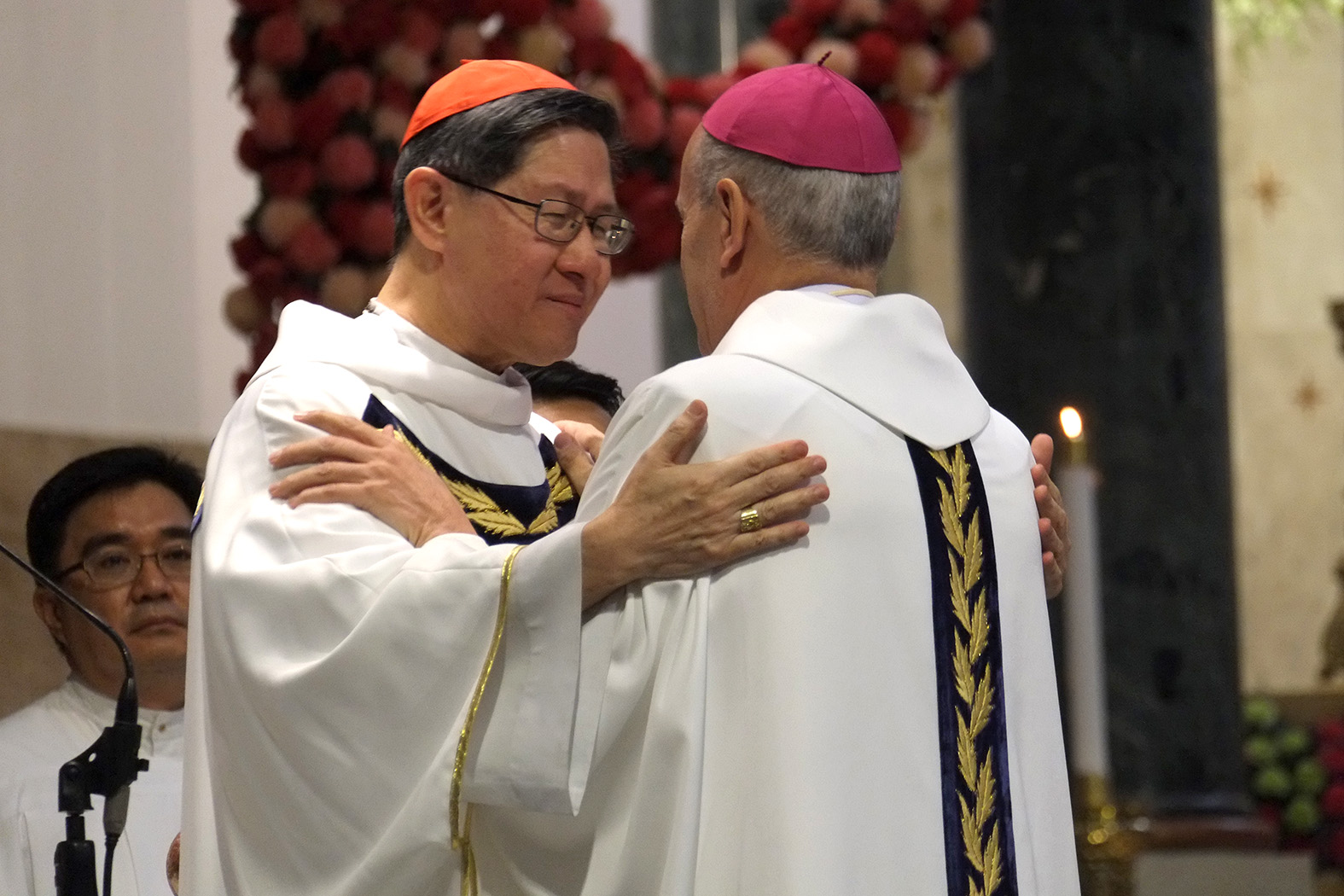 Archbishop Gabriele Caccia, the outgoing Apostolic Nuncio to the Philippines, comforts an emotional Cardinal Luis Antonio Tagle during Mass to celebrate the Solemnity of the Immaculate Conception at the Manila Cathedral Dec. 9. ROY LAGARDE

Cardinal Luis Antonio Tagle of Manila on Monday celebrated an emotional Mass, a day after he was appointed to a top Vatican post.

Reflecting on the solemnity of the Immaculate Conception, he asked the mass goers to have Mary as their model by listening deeply to God’s word.

The cardinal said no one more than Mary made room for God and His will when she accepted God’s plan.

“We hear the words ‘Behold the handmaid of the Lord, be it done to me according to your word,’” Tagle said before breaking into tears.

Before the start of the Mass, the cardinal was already seen wiping his tears as he walked towards the altar.

Pope Francis on Sunday appointed Tagle as prefect of the Congregation for the Evangelization of Peoples, a dicastery which oversees the missionary work of the church.

Also known as “Propaganda Fidei,” its prefect is known as the “red pope” because of its considerable power in the Roman Curia and the appointment of bishops in mission territories.

As head of a curial department, the cardinal’s transfer to Rome is looming in the coming few months.

According to Vatican News, Tagle is expected to be installed in his new post early next year.

In his homily, he went on to stress that “all of us have a calling to be in accord with the will of God.”

“As we thank God for Mary, we also thank God for our calling. All of us have that blessing. You are blessed and you are called,” he said.

Speaking before the end of the Mass, Apostolic Nuncio to the Philippines Archbishop Gabriele Caccia said that Tagle is a “gift” to the universal Church.

“The best gift we have to give to the universal Church, we give with open arms even if the heart is suffering,” he said.

Caccia is also set to take his new mission as the Vatican’s Permanent Observer to the United Nations in New York in January 2020.

At the nuncio’s request, the mass goers then raised their hands in prayer for Tagle’s new mission. 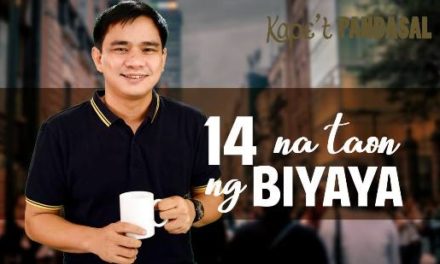 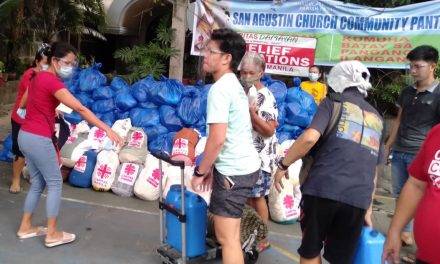 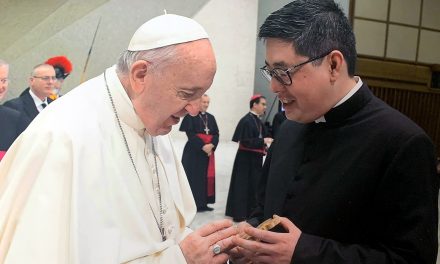 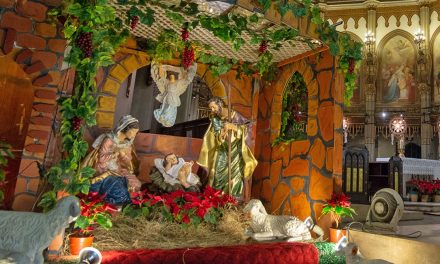 Christmas a time to listen, walk together — bishops