A NUMBER of Catholics have embraced “born-again” Christianity and Protestant Fundamentalism. Of course, there are various reasons for this phenomenon, some psychological, others sociological. But if there is anything of interest to us this Sunday, it has to do with the claim made by former Catholics that in “born-again” Christianity and Fundamentalism, they have been in the Bible truths that were not given to them in Catholicism. Some would even assert that it was only in their new found religion that they have found Jesus—with the implication, of course, sometimes wickedly intended, that Catholic Christianity does not preach Jesus or the Bible, because all it propagates is her own “traditions”. But the Gospel on the feast of the Epiphany, when God manifested himself to all peoples, can enlighten us on how Catholics should respond to this issue.

But before going into it, let us first unravel the meaning of the Gospel account in relation to the celebration. Basically, the meaning of today’s feast is that Epiphany prefigures the conversion of pagans to Christ. Thus, one may note that early in Paul’s ministry, for instance, Gentiles were already accepting the Word of the Lord (Acts 13:47-48). In the account of Matthew, the magi represent the gentiles. Though tradition, under the influence of some biblical text, portrays them as kings, they were most likely astrologers or magicians rather than astronomers. And the problem that Matthew intends to answer is this: How did the magi come to know the truth about the birth of the Messiah? Astrologers as they were, they observed the movements of the heavenly bodies and interpreted them according to their craft. Believing that there was something more to the phenomenon about the star they were witnessing, they used their knowledge to read what God wanted them to know. For, as Paul himself asserts, God’s plan can be read from creation: “invisible realities, God’s eternal power and divinity, have become visible, recognized through the things he has made” (Rom 1:20).

In other words, they believed, and acted on their belief according to their craft. And in using the resources available to them, the magi were led to Jerusalem where, through the priests, the experts of the Scriptures, whom Herod summoned to his palace, they were to identify exactly where the new-born Messiah could be. That is to say, from the revelation of God in creation, they came to the knowledge of his revelation in the Scriptures through the prophet Micah: “And you, Bethlehem, land of Judah, are by no means least among the princes of Judah, since from you shall come a ruler who is to shepherd my people Israel” (Mic 5:1; 2 Sam 5:2). Through this scriptural passage, they were able to clarify what had been vaguely revealed to them in the heavenly bodies and their movement—the Messiah would be born in Bethlehem , in the land of Judah .

The journey of the magi challenges us to ask: have we found God? How do we find him? Of course, it is truer to say that, most of the time, it is God who finds us. And even when we flee him, he still finds us, as Francis Thomson reminds us in his classic poem, “The Hound of Heaven.” Ordinarily, however, we look for him. And if the magi account has any lesson to teach us in this regard, it is that we can find him through what is ordinarily available to us. As the Bible itself points out, “for from the greatness and beauty of created things their original author, by analogy, is seen” (Wisd 13:5). God, in other words, is not always to be found in the miraculous, in the out of the ordinary. We can find him through our communities and through what is happening around us. Indeed, everywhere we go, God is there (Ps 137:9). Our task is simply to read the signs of his presence (cf Luke 12:54). And we do it with faith. And what we encounter in the community, in our environment, we should see it in the light of God’s Word, because the Scriptures, being the light (Ps 119:105), clarify it.

This brings us to the problem posed at the beginning of this homily. For us, Catholics, one lesson that the story of the magi gives us is that, to find Jesus, it is not necessary to move to other religion or embrace a sect or cult. In the Christian community, in the Church, we have enough ways by which we can encounter God, we have many signs of Christ’s presence. In our liturgical celebration, for instance, he is present in the person of the minister, in the community itself, in the word that is read from the ambo, and most especially, in the sign of the bread and wine. But as in the story of the magi, we cannot recognize his presence unless we have faith that God reveals himself through these signs.

But in addition to having faith, it is likewise necessary to act on our belief that God reveals himself through these liturgical signs. Take, for instance, his presence in the word. The “born-again” and fundamentalism mantra that “Catholicism does not preach the Bible but its human traditions” is utterly false. Everyday, the Scripture is read in the liturgy. Catholics are encouraged to own the Bible and read it. Bible study groups are available, and various forms of literature are published to help study the Word of God. But the problem is, even though we have the sign of Scriptures, many are not interested to open its treasures. It is simply pathetic to know that some “born-again” Christians would claim that they never have been taught about the Bible in the Catholic Church when in fact they never avail themselves of the ways to study the Scriptures when they were still under the Catholic fold. They failed to notice that the Bible has a prominent place in the Catholic Church. They are like the Jews in today’s Gospel from Matthew’s Infancy Narrative who had the Scriptures, but never know of the birth of the Messiah. As Jesus says in the Johannine debate with the Jews, “search the Scriptures in which you think you have eternal life; they also testify on my behalf. Yet, you are unwilling to come to me to possess that life” (John 5:39-40).

In the final result, what we really need is the faith of the Magi. Just as the magi were able to find the Messiah because they believed in the sign that God gave them, and relentlessly pursued the implication of their faith, so we Catholics need not only to possess faith in the signs of his presence that God gave to the Church, but also action to make that faith alive, meaningful to our personal life and that of the community, and to enable us to account for that faith before people, like the “born-again” Christians and fundamentalists, who need to be enlightened about what we believe in. Without that kind of performative faith, we will continue to have Catholics who, for instance, are more eager for miracles of healing and for spectacular performances than for the reception of the everyday miracle of the Eucharist in the Mass. 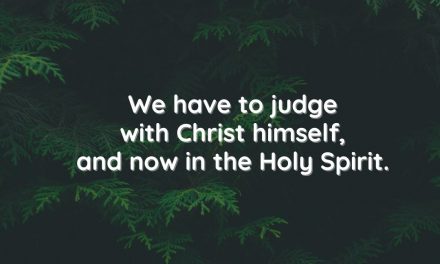 We are meant to judge, but to judge fairly 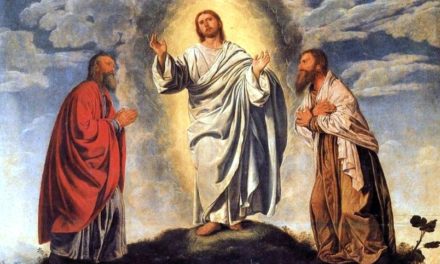 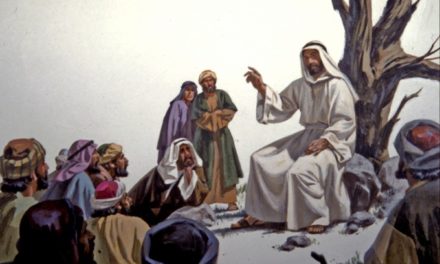 A humble love that gives and accepts corrections