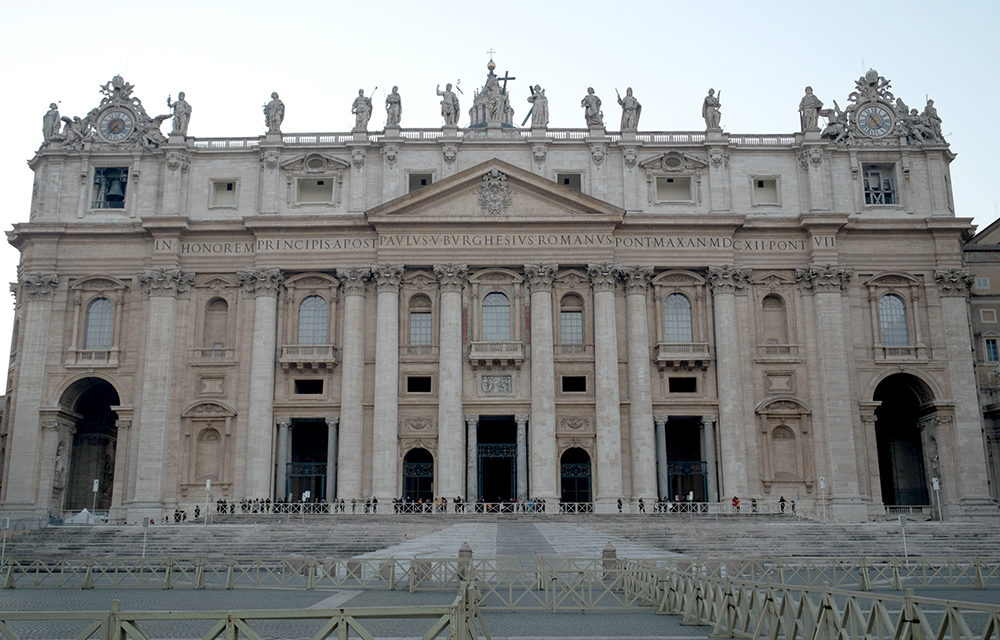 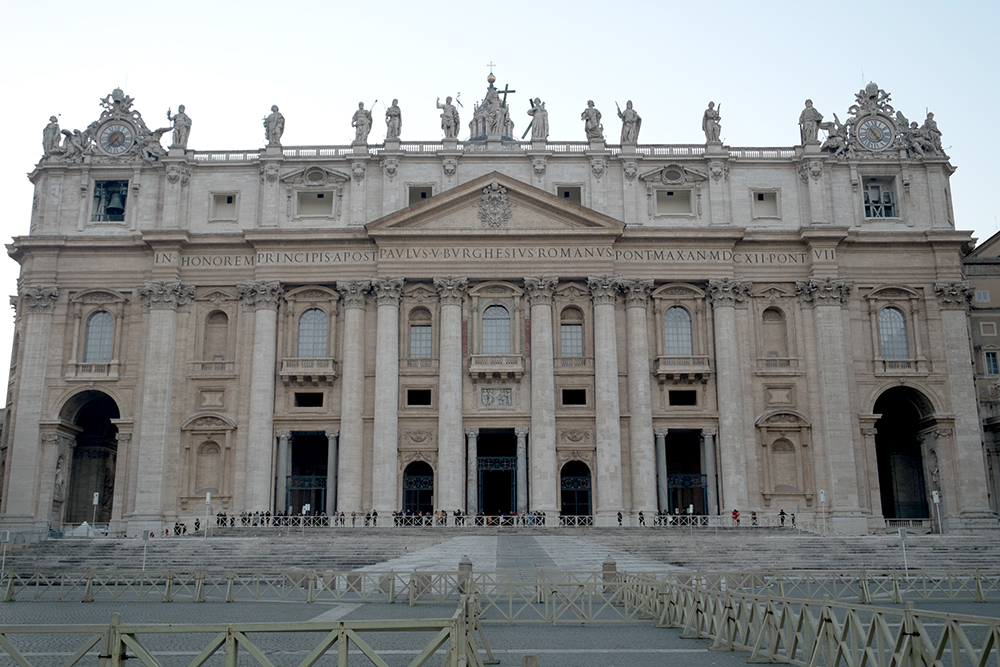 VATICAN- A new advisory group for the Pontifical Council for Culture is being hailed as the beginning of a greater representation of women in leadership at the Vatican.

On March 7 the Council presented their 37-member “Women’s Consultation Group,” which they established in 2015 as a way to give women a voice in places where it can frequently be lacking in the Vatican.

Member Donna Orsuto, director of the Rome-based Lay Center, called the the group “a good start.”

“I think there are many other ways, or in the future there will be many other ways in which women can be more present, more involved in the Church, especially in the Roman Curia,” she told CNA, “but I think this is a very good start.”

Orsuto voiced her hope that as they carry out their work, the group would be able to “work together…as women, but also with the council.”

“This idea of men and women working together for the good of the Church and society” is key, she said, adding that she’s “very pleased that the focus isn’t just on women and women’s issues.”

Council president Cardinal Gianfranco Ravasi said that like many other Vatican departments, “inside of my dicastery, I didn’t have any women at the management level. They were only there in an administrative sense as secretaries.”

And while the women who are part of the consultative group aren’t necessarily department managers, the presence of the group serves as a response to “this lack of the presence of women in the Roman Curia.”

Ravasi said he didn’t form the group to recriminate those who were angry about the lack of women, and nor did he want the women to be “a ‘cosmetic’ element in the sense that they were (only) a symbolic presence” or a mere viewpoint on “an only male horizon.”

Instead, the cardinal said he simply wanted “a feminine perspective” over every activity the dicastery does, including official documents.

A woman’s viewpoint, he said, “can see beyond our gaze” and offers a perspective that’s different and at times unexpected.

“It’s a question about interpretation, of prospective, of analysis, of judgment, above all, and also of proposal,” he said, explaining that the group will participate actively in both the preparation and duration of the council’s next plenary meeting.

Cardinal Ravasi stood beside some 20 of the 37 women who are currently part of the group at its official March 7 presentation. Coming from different cultures and professional backgrounds, the women serve a three-year term and meet three times annually to discuss ideas and possible projects.

Initially started in June 2015, the group was born from the Pontifical Council for Culture’s Feb. 5-7 plenary assembly that year, which was dedicated to the theme “La Cultura Femminile,” or, “The Feminine Culture.”

Several women were asked to help prepare for the plenary, and worked in two separate groups with members of the council to organize the event and define specific topics of conversation.

After the plenary, Ravasi decided to establish the group as a permanent entity. He invited the women who prepared the plenary to stay, and reached out to several others from various professions, including ambassadors, journalists, doctors, professors, actresses and teachers, among others.

In their annual meetings, the group focuses their discussion on proposals surrounding the dicastery’s work in the fields of artificial intelligence, neuroscience, sport and human anthropology.

Consuelo Corradi, coordinator of the Women’s Consultation Group and vice rector for research and international relations at the LUMSA University of Rome, told journalists that they waited to present the group because they wanted to be able to show something that was already well established and running.

The theme that links all of the members together, she said, is “the female difference,” because “there’s a perspective from women (and) there’s a way of living human life that’s specific to women.”

“It’s not a theological discourse, what we do inside the group. One can have an ideological discourse on feminine and masculine, but we try to avoid it,” she said. Instead, the women seek to bring their concrete experience as wives, mothers, friends and professionals in order to discuss “universal themes from a feminine perspective.”

Released during the official presentation of the group was their first project – a magazine titled “Cultures and Faith” including contributions from various members of the group in different languages that reflect on a variety of different topics.

Group members from various fields and cultures who attended the presentation – including Irish ambassador to the Holy See Emma Madigan – voiced their hope that the group would provide a platform to generate creative ideas given their professional backgrounds, and to foster greater collaboration with men on important issues.

In her comments to CNA, Orsuto said the variety of backgrounds and expertise of the members is “an enrichment for the Council,” especially given the fact that there were no women in senior positions in the dicastery beforehand.

Since last year’s plenary, the women have had a chance to evaluate various projects of the council and “and give some insight into doing things with a ‘feminine touch,’” she said, explaining that for her, the group is a concrete example of Pope Francis’ call for a more “incisive” feminine presence in the Church.

Italian psychologist and psychotherapist Dr. Laura Bastianelli touched on the necessity of collaboration between men and women as “a creative process.”

“We want to set up a process that is really cooperating” with one another, she said. “This is a way to build together, not trying to compete.”

“Competition is not the key to the resolution of solving problems between women and men. It’s a cooperation, so we want to co-create starting from the group in the dicastery and then to print a model that can be replicated.”

Bastianelli said she also sees the establishment of the group as a direct response to Pope Francis’ call for a greater inclusion of women in the life of the Church, and is hoping to use her background in psychology to help shape the council’s projects.

Currently a professor at Salesian university, Bastianelli trains psychotherapists and specializes in youth psychology. She is the founder of an association dedicated to working with youth and preventing diseases in children and young people.

“It’s a big work, it’s very demanding, because there’s a lot to do,” she said, explaining that the consultation group’s magazine includes an article from her on youth culture in which she reflects on difficulties today’s youth face.

Specifically, she delved into the topic of neuroscience and what it says about “the use and abuse of the internet (and) what the impact of these technologies on our youth is.”

“This is a big problem,” she said, explaining that the result of the current expansion of technologies among youth will start to be visible in the coming years.

But in addition to speaking just about the challenges, Bastianelli said she also explored the “richness” of today’s youth, “because we have young people very rich and full of competencies, but they can’t find space and they can’t develop because of many bad influences.”

She also spoke during the 2015 plenary for the Council for Culture, focusing on the topic of “generativity (procreativity) as a symbolic code,” meaning how we generate life without necessarily giving birth.

Bastianelli said her greatest hope for the consultation group is that it would spread to other realities even outside of the Church so the “richness of this experience can be replicated. It’s like leaven.”

Emma Madigan, Irish Ambassador to the Holy See, told CNA that she also hopes to use her diplomatic experience to help foster dialogue and open channels within the Vatican.

As an ambassador, “you want to understand better your interlocutors,” she said, explaining that for a diplomat, “dialogue is a core value and activity.”

“You’re basically furthering the bonds between the two countries, or in this case with a global religion, and seeing what you can bring to the table from your experience,” she said, noting that she has worked in a number of different fields where she’s had to encounter the problems people face on a daily basis.

When it comes to the Vatican, “you’re interacting with priests, dealing pretty much with the pastoral issue. You can understand some of what they’re going through,” she said, explaining that she also tries to present and discuss issues important to Ireland and to share information in order to foster greater mutual understanding.

Madigan said she was invited to join the group by Cardinal Ravasi around the same time as the 2015 plenary when he was thinking of establishing it, and initially had reservations about joining for fear of appearing to advise the Church on what they were doing.

However, since it was specifically working with one dicastery in particular, she said yes, since it speaks to people from all walks of life, including Catholics, non-Catholics and even non-believers.

“That’s something I’m really interested in,” she said, noting that she’s been invited to join “because of my position, but I’ll be representing my own perspective.”

“I do feel it was courageous in bringing this up,” she said, explaining that to have 37 women gather around the same table can get “a bit chaotic,” as each one brings their own experience and contribution.

Madigan said that when she initially came to Rome, she thought she would be the only woman ambassador, but quickly found out that wasn’t the case, and “already it means you’re not the only woman in the room.”

For the Vatican, “it is a leadership that is male, but it is changing,” she said, noting that especially when working with the Vatican, women “naturally gravitate towards other women to be interlocutors, share experiences.”

There is “still plenty of room for growth in this area,” she said, but recognized the group as “a practical example of saying ‘we want a woman’s perspective.’”

While many say that “we value women and want to bring them into the fold,” the group “is actually a practical sign that that’s happening. It’s a beginning. You have to start somewhere.” 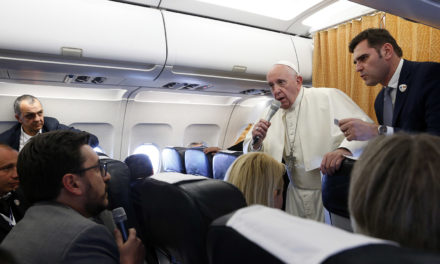 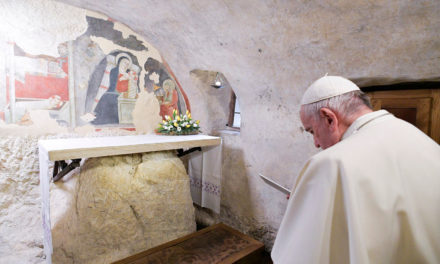 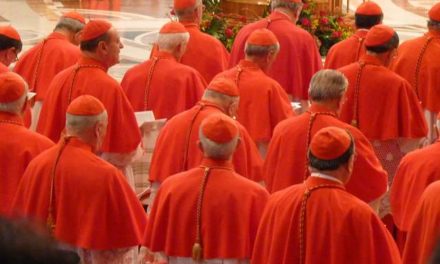 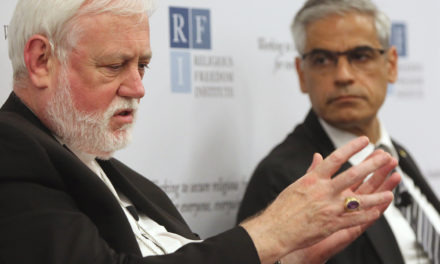