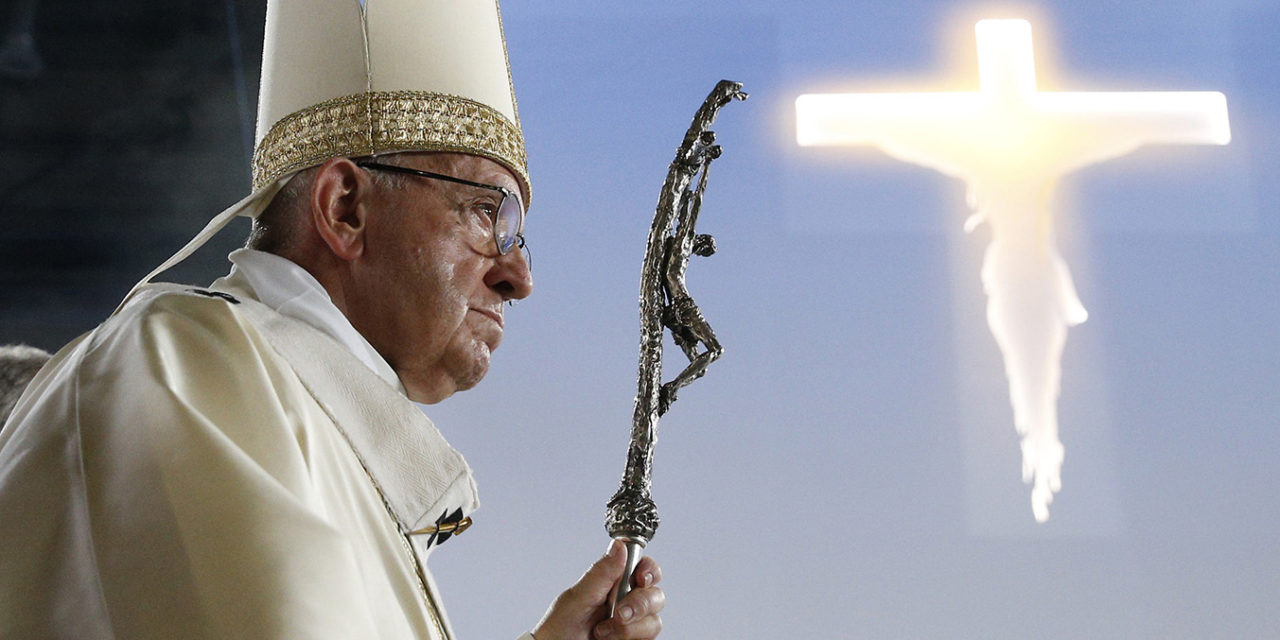 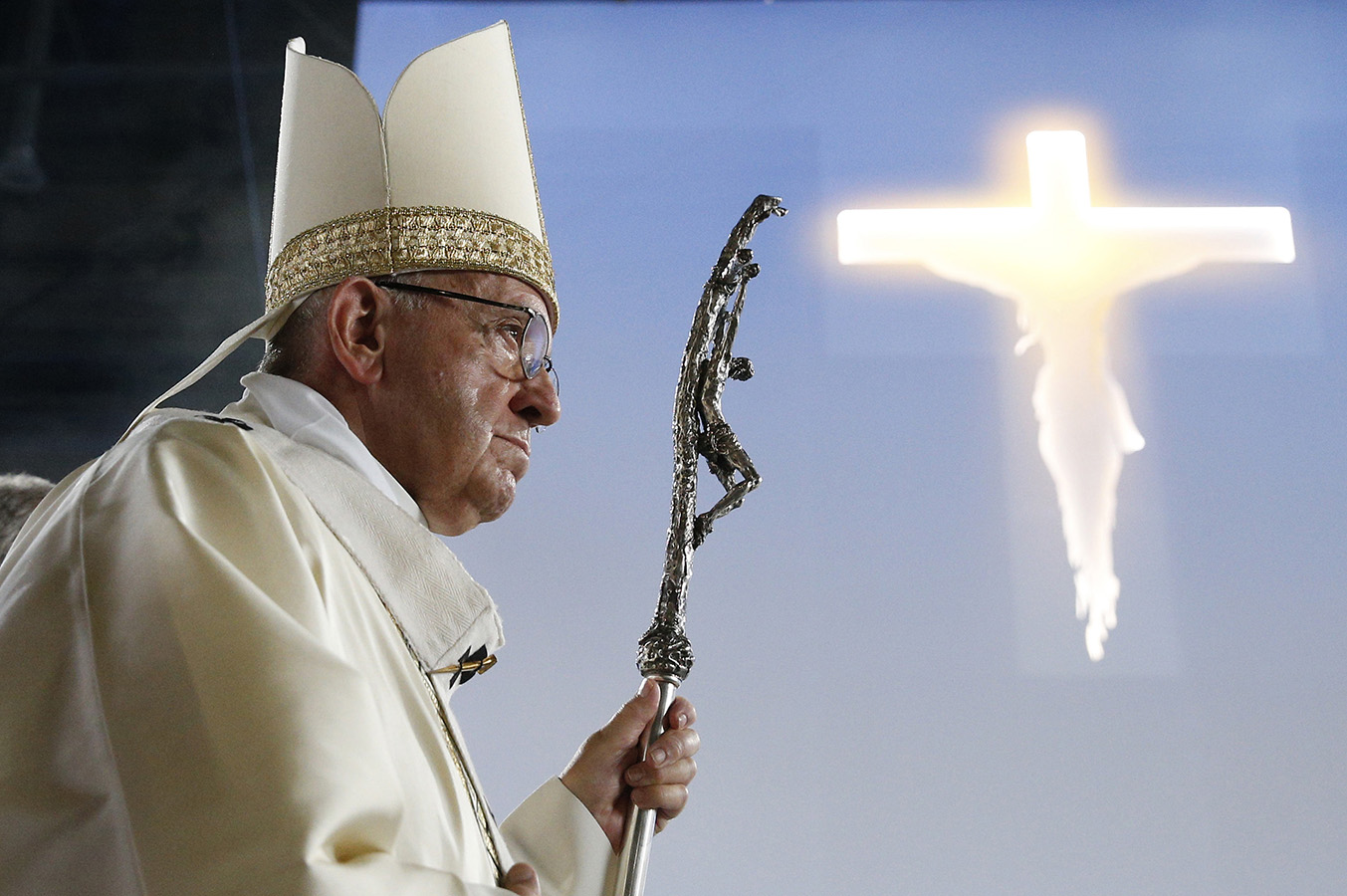 GENEVA— At the end of a day dedicated to celebrating 70 years of an ecumenical fellowship forged by the World Council of Churches, Pope Francis turned to the region’s Catholics, reminding them of what lies at the heart of the faith.

The Lord’s Prayer “offers us a road map for the spiritual life” by reminding people they are part of one human family, that they should live a simpler, more caring life and that forgiveness works miracles in history, he said.

“There is no greater novelty than forgiveness, which turns evil into good,” he told 40,000 Catholics from Switzerland, France and other nations not far from this landlocked country, whose history was built on the values of peace and neutrality.

The pope was in Geneva June 21 “as a pilgrim in quest of unity and peace,” for a one-day journey celebrating the 70th anniversary of the founding of the World Council of Churches — a fellowship of 350 ecclesial communities, including many Orthodox churches, who represent some 500 million Christians worldwide. The Catholic Church, which cooperates extensively with the council, is not a full member.

Celebrating Mass at the city’s enormous indoor expo center, the pope pointed to the essential lessons contained in the Lord’s Prayer, which Jesus teaches his disciples in the day’s Gospel reading.

The pope first circled the vast indoor center in a small white electric cart, greeting the faithful and blessing babies. Former pontifical Swiss guards in traditional uniform were present, standing at attention, representing their service rendered for more than 500 years in Rome.

“Father, bread, forgiveness,” Pope Francis said in his homily. These are the three words in the Lord’s Prayer “that take us to the very heart of our faith.”

When praying “Our Father, who art in heaven,” people are reminded that God “does not group us together in little clubs, but gives us new life and makes us one large family.”

This prayer says that “every human being is part of us,” he said, and that “we are called to be good guardians of our family, to overcome all indifference toward” everyone. “This includes the unborn, the older person who can no longer speak, the person we find hard to forgive, the poor and the outcast.”

God commands his children to love each other from the heart, he said.

When praying, “Give us this day, our daily bread,” it is asking God to “help me lead a simpler life.”

“Life has become so complicated,” he said, with everyone acting “pumped up, rushing from dawn to dusk, between countless phone calls and texts with no time to see other people’s faces, full of stress from complicated and constantly changing problems.”

“We need to choose a sober lifestyle, free of unnecessary hassles,” the pope said, pointing to the example of a fellow Jesuit, St. Aloysius Gonzaga, whose feast day is June 21. The 16th-century Italian saint renounced his family’s wealth and desired an austere religious life to better serve others.

With so much abundance in the world, the pope said, it fills up people’s lives and empties their hearts.

May people rediscover “the courage of silence and of prayer” and “let us choose people over things so that personal, not virtual relationships may flourish.”

“Daily bread” also means to never forget the life-giving power of Jesus; “he is our regular diet for healthy living. Sometimes however, we treat Jesus as a side dish.”

Without him every day, life is meaningless, the pope said.

Finally, the prayer calls for forgiveness, which is not easy, but it is a gift.

God forgives everything and yet, “he asks only one thing of us: that we in turn never tire of forgiving. He wants to issue a general amnesty for the sins of others.”

Offer up to God those lingering dregs of resentment and bitterness that prevent complete forgiveness, the pope said.

Imagine taking an X-ray of the heart, and point to the “stones needing to be removed,” the pope said. Pray to God, “You see this stone? I hand it over to you and I pray for this person, for that situation; even if I struggle to forgive, I ask you for the strength to do it.”

Forgiveness renews and works miracles, he said. After receiving God’s forgiveness, “each of us is born again as a new creation when we love our brothers and sisters. Only then do we bring true newness to the world.”

The pope said God is pleased “when we love one another and we forgive each other from the heart.”

“Let us take the first step, in prayer, in fraternal encounter, in concrete charity” and, like God, love without ever counting the cost. 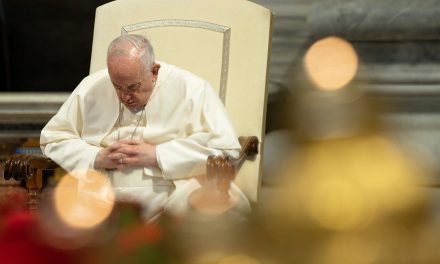 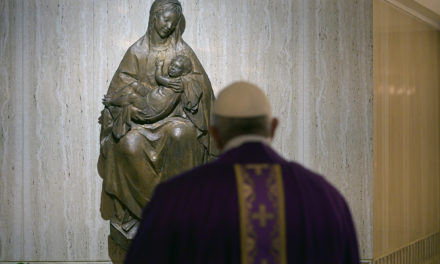 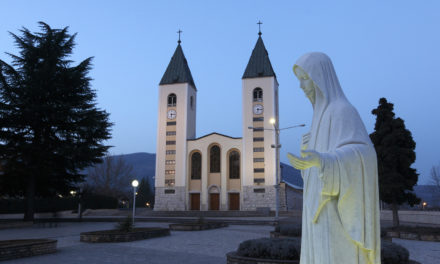 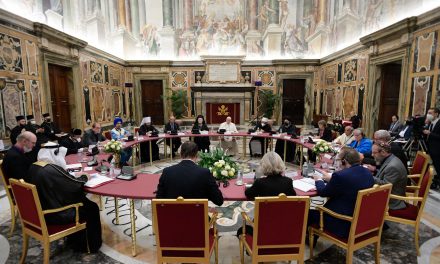