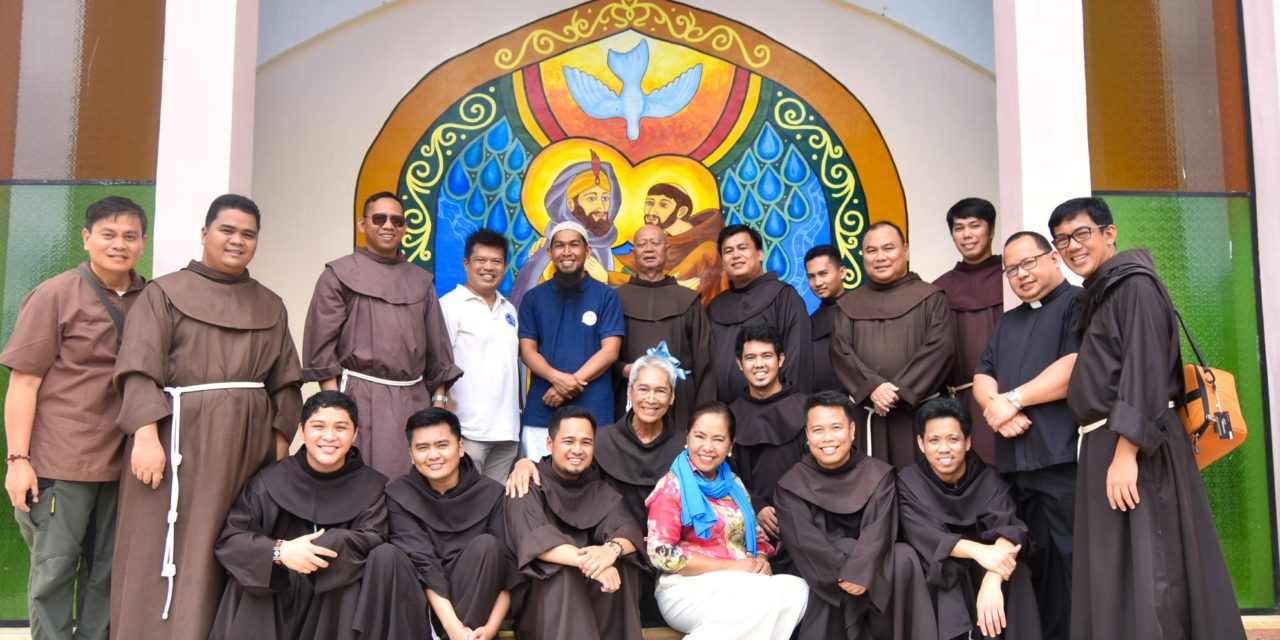 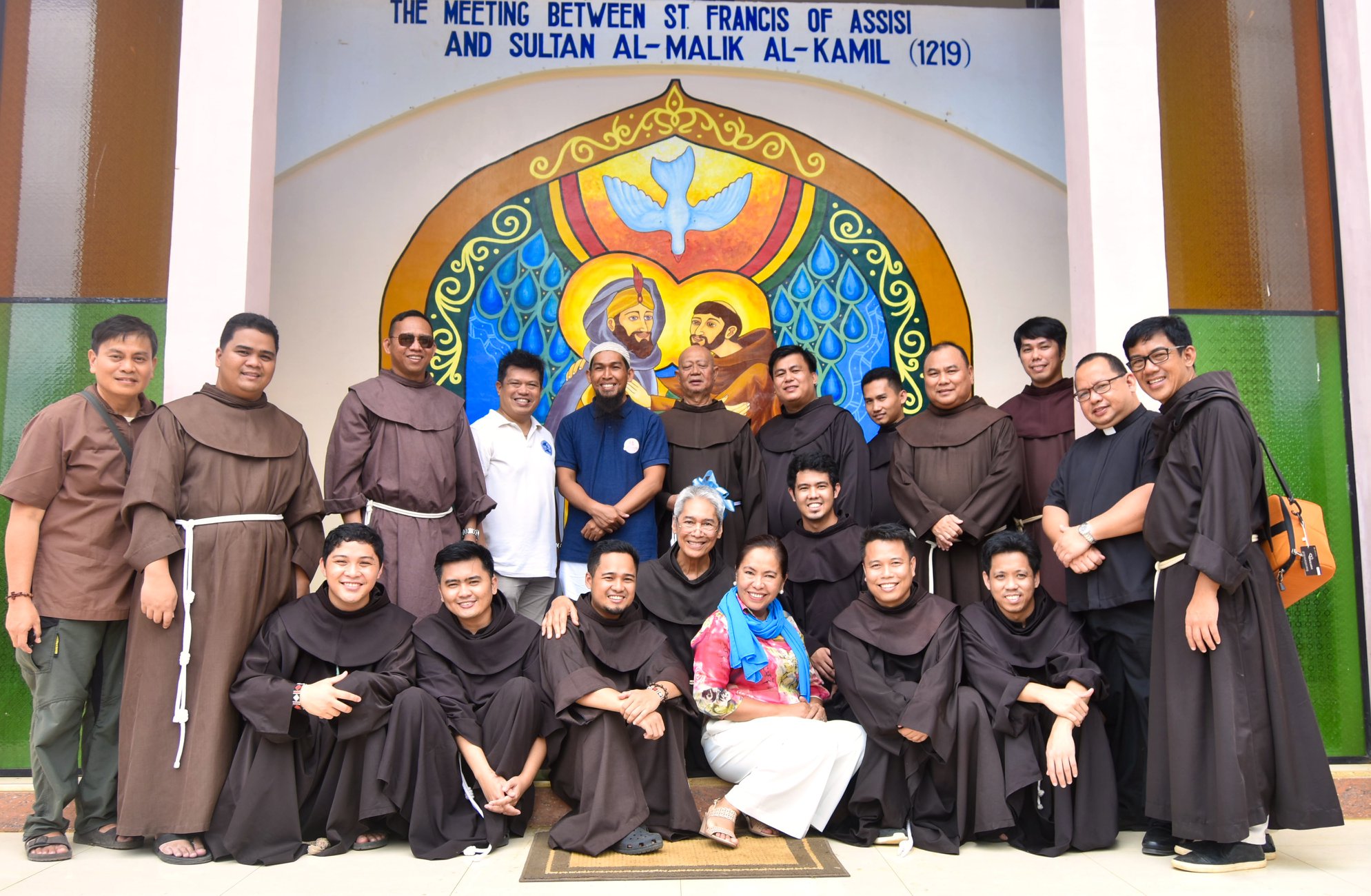 Ustadh Garson Hamja and Fr. Arturo C. Daquilanea, OFM (Center) who led the ribbon-cutting pose with the Franciscan friars together with the clergy from the Prelature of Isabela (Basilan), and a lay collaborator in front of the commemorative mural painted by Br. Christopher Villanueva, OFM for the occasion of the 8th centenary celebration of the encounter between St. Francis of Assisi and Sultan Al Malik Al Kamil of Egypt held in Tairan, Lantawan, Basilan, April 2, 2019. FR. NIEL BADILLO, OFM

The Custody of St. Anthony of Padua – Philippines is one with the Church and the Franciscan Order in this year’s celebration of the 8th centenary of the meeting of St. Francis of Assisi and Sultan Al-Malik Al-Kamil.

The anniversary has special significance in the United Arab Emirates, which is served by the Apostolic Vicariate of Southern Arabia, a church jurisdiction entrusted to the Capuchin Franciscans.

One of the highlights of the year-long event is the interfaith forum held on April 2 at Tairan, Lantawan, Basilan. The Franciscans run the San Roque Parish in this vibrant multi-ethnic and multi-religious community.

The forum was strategically held in Tairan due to the symbolic relationship between Muslims and Christians in the local community.

Parish priest Fr. Elton Viagedor, OFM said: “Tairan is a community that tolerates differences and diversity in culture and religiosity; hence a perfect place for dialogue to flourish and bear fruits.”

The event’s highlights were the talks of two respected scholars in the field of dialogue: Fr. Antonio Ma. Rosales, OFM and Ustad Garson Hamja. Rosales reflectively recounted the fateful encounter between Sultan Al-Malik Al-Kamil and St. Francis from the perspective of the Christians and how the event influenced the understanding of the paradigm of mission as dialogue.

Meanwhile, Ustad Hamha retold a brief biography of Sultan Al-Malik Al-Kamil, describing the traits that made him beloved not only by his subjects but by Christians as well. Both speakers reinforced the relevance of that momentous event to the contemporary challenges of peace, harmony, and diversity in the world.

Muslim and Christian reactors shared their insights and experiences.

The event also featured interpretative dances from Muslim and Christian youth and kids, a photo exhibit about the history of Franciscan presence in Mindanao, and the symbolic ribbon-cutting of the commemorative mural of the encounter by Fr. Arturo Daquilanea, OFM and Ustad Garson Hamja.

Br. Christopher Villanueva, a Franciscan brother and artist, created the artwork at the entrance of the parish church. The Muslim ritual “dulah” and the Christian meal “agape” culminated the day’s activities.

Local Christians, the friars of the Custody, members of the Order of Secular Franciscans, the local clergy of the Prelature of Isabela (Basilan), and some students from the schools in the community participated in the said forum. Members of the Muslim community as well as invited Muslim leaders, and local politicians were also present. 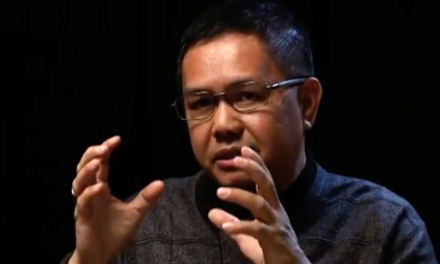 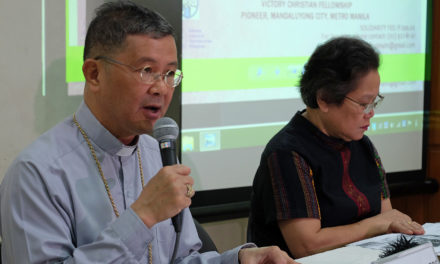 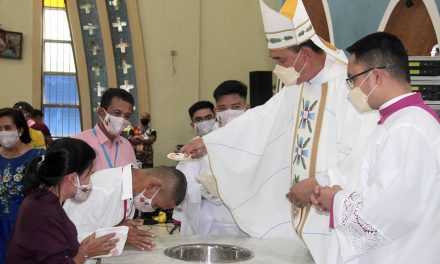