From Manila to mission area, Bishop Pabillo humbled by chance ‘to live poor among poor’ 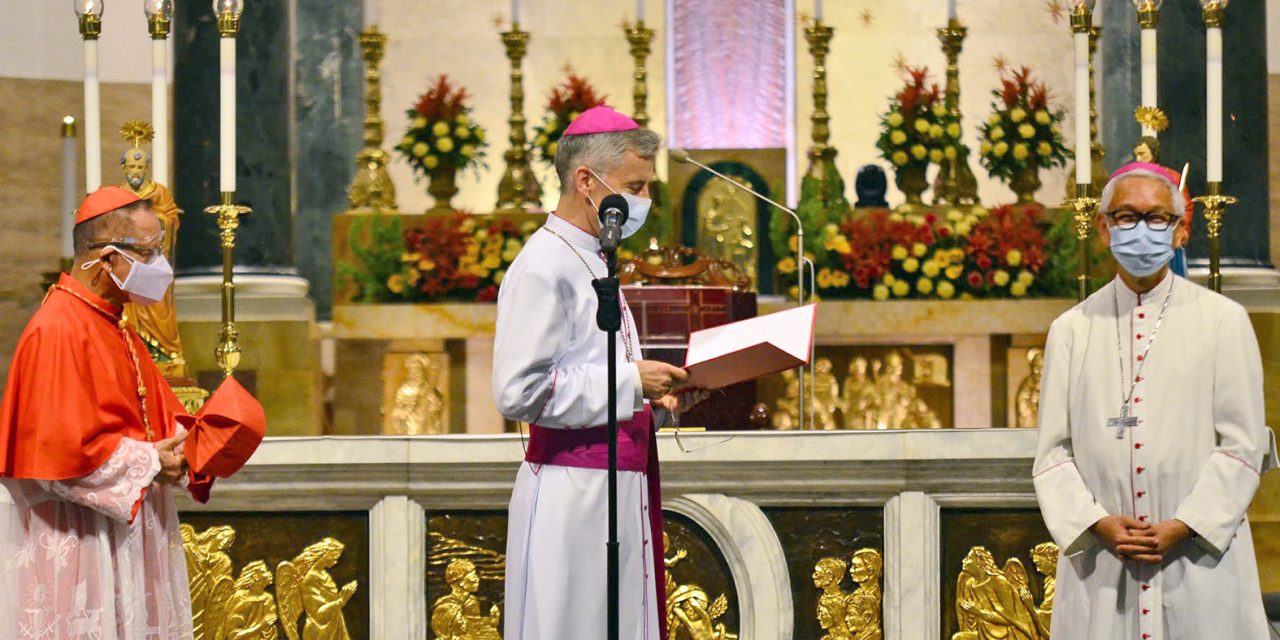 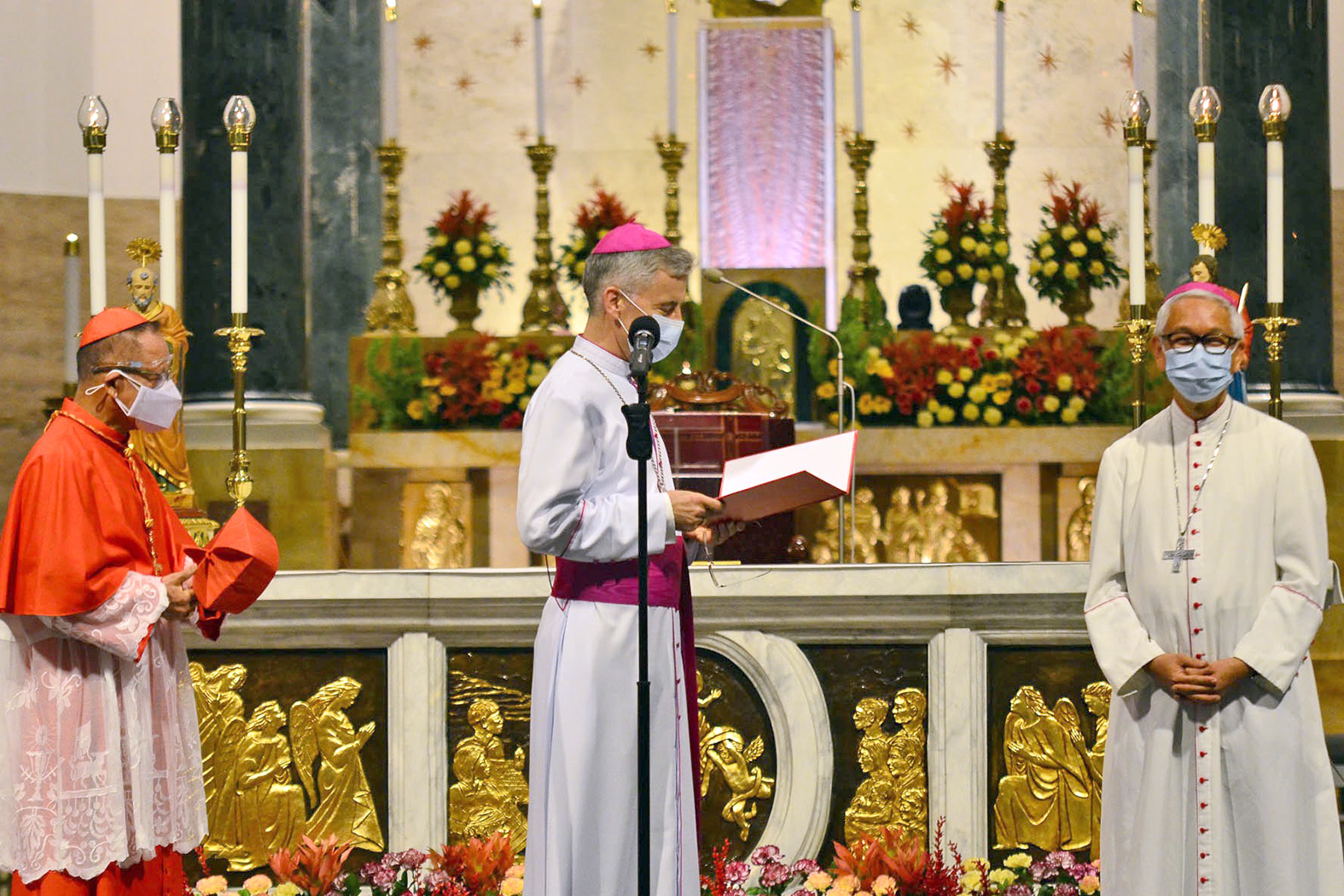 Archbishop Charles Brown, Apostolic Nuncio to the Philippines, announces the appointment of Auxiliary Bishop Broderick Pabillo of Manila as the new Apostolic Vicar of Taytay in Palawan province before Mass to celebrate the Feast of Sts. Peter and Paul at the Manila Cathedral June 29. Also in the photo is Cardinal Jose Advincula, the Archbishop of Manila. COURTESY OF RCAM-AOC

From highly urbanized Metro Manila, Bishop Broderick Pabillo is off for a new mission as shepherd of one of the youngest and poorest ecclesiastical territories in the country.

Pope Francis on Tuesday appointed him as the new bishop of the Apostolic Vicariate of Taytay in Palawan, located in the country’s westernmost province.

Pabillo said the appointment humbled him after having served the Manila archdiocese for 15 years since he became auxiliary bishop.

It will be a “totally different” engagement, according to him, as he will take charge of the pastoral care of the fisherfolk, the substinence farmers, and the indigenous peoples in the area.

“I thank the Holy Father that in the near-twilight of my life, I am still given a chance to work on a mission territory and to live poor among the poor,” said Pabillo, a known human rights and environment advocate.

The 66-year-old said the vicariate is also “challenging” in terms of the location of Christian communities crossing mountains and seas to reach them.

“In a word, it is a mission territory,” he said.

But Palawan is not new to Pabillo having served as a missionary in the Apostolic Vicariate of Puerto Princesa for seven years until he became prelate.

Palawan falls under the Ecclesiastical Province of Manila, which means that Pabillo will still somehow work with the newly installed Manila archbishop, Cardinal Jose Advincula.

Since vicariates and prelatures are regarded by the Vatican as mission territories, they fall under the jurisdiction of the Congregation for the Evangelization of Peoples headed by Cardinal Luis Antonio Tagle, Manila’s former archbishop.

As prefect of the Vatican department, Tagle is also responsible for episcopal nominations in mission lands.

The Apostolic Vicariate of Taytay is served by at least 41 diocesan priests and some religious missionaries working in 22 parishes and four mission stations.

“My saying ‘yes’ to this assignment is my small way of living out the ‘missio ad gentes,'” Pabillo said, referring to the theme of the 500 years of Christianity celebration in the country. 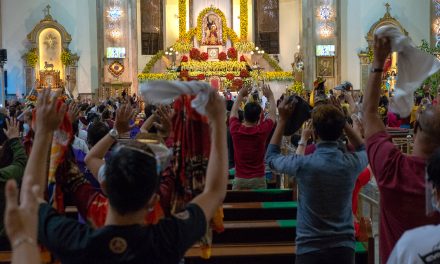