VATICAN— Here is the full text of Pope Francis’ homily for Palm Sunday 2022, which was celebrated with the public in St. Peter’s Square on April 10, 2022:

On Calvary, two ways of thinking collided. In the Gospel, the words of the crucified Jesus are in sharp contrast with the words of those who crucified him. The latter keep saying: “Save yourself”. The leaders of the people said: “Let him save himself, if he is the Christ of God, his Chosen One” (Lk 23:35). The soldiers said the same thing: “If you are the King of the Jews, save yourself” (v. 37). Finally, one of the criminals, echoing their words, said to him: “Are you not the Christ? Save yourself” (v. 39). Save yourself. Take care of yourself. Think of yourself. Not of others, but only of your own well-being, your own success, your own interests: your possessions, your power, your image. Save yourself. This is the constant refrain of the world that crucified the Lord. Let us think about it.

Against this self-centred mindset is God’s way of thinking. The mantra “save yourself” collides with the words of the Saviour who offers his self. Like his adversaries, Jesus speaks three times in today’s Gospel (cf. vv. 34.43.46). Yet he did not claim anything for himself; indeed, he did not even defend or justify himself. He prayed to the Father and offered mercy to the good thief. One of his words, in particular, marked the difference with regard to the mantra “save yourself”. He said: “Father, forgive them” (v. 34).

Let us reflect on the Lord’s words. When did he say them? At a very specific moment: while he was being crucified, as he felt the nails piercing his wrists and feet. Let us try to imagine the excruciating pain he suffered. At that moment, amid the most searing physical pain of his Passion, Christ asked forgiveness for those who were piercing him. At times like that, we would scream out and give vent to all our anger and suffering. But Jesus said: Father, forgive them.

Unlike the other martyrs about whom the Bible speaks (cf. 2 Mac 7:18-19), Jesus did not rebuke his executioners or threaten punishments in the name of God; rather, he prayed for the evildoers. Fastened to the gibbet of humiliation, his attitude of giving became that of forgiving.

There, as he was being crucified, at the height of his pain, Jesus himself obeyed the most demanding of his commandments: that we love our enemies. Let us think about someone who, in our own lives, injured, offended or disappointed us; someone who made us angry, who did not understand us or who set a bad example. How often we spend time looking back on those who have wronged us! How often we think back and lick the wounds that other people, life itself and history have inflicted on us. Today, Jesus teaches us not to remain there, but to react, to break the vicious circle of evil and sorrow. To react to the nails in our lives with love, to the buffets of hatred with the embrace of forgiveness. As disciples of Jesus, do we follow the Master or do we follow our own desire to strike back? This is a question we have to ask ourselves. Do we follow the Master or not?

If we want to test whether we truly belong to Christ, let us look at how we behave toward those who have hurt us. The Lord asks us to respond not as we feel, or as everyone else does, but in the way he acts toward us. He asks us to break out of the mindset that says: “I will love you if you love me; I will be your friend if you are my friend; I will help you if you help me”. Rather, we are to show compassion and mercy to everyone, for God sees a son or a daughter in each person. He does not separate us into good and bad, friends and enemies. We are the ones who do this, and we make God suffer. For him, all of us are his beloved children, children whom he desires to embrace and forgive. Just as in the parable of the wedding feast, where the father of the groom sends his servants into the streets and says: “Invite everybody: white, black, good and bad, everybody, the healthy, the sick, everybody…” (cf. Mt 22:9-10). The love of Jesus is for everyone; everyone has the same privilege: that of being loved and forgiven.

Father, forgive them for they know not what they do. According to the Gospel, Jesus “kept saying” this (cf. v. 34). He did not say it once for all as he was being nailed to the cross; instead, he spent all his time on the cross with these words on his lips and in his heart. God never tires of forgiving. We need to understand this, not just in our minds, but also in our hearts. God never tires of forgiving. We are the ones who get tired of asking forgiveness. But he never tires of forgiving. He does not put up with us for a while and then change his mind, as we are tempted to do. Jesus – so the Gospel of Luke teaches us – came into the world to bring us forgiveness for our sins (cf. Lk 1:77). In the end, he gave us a clear command: to proclaim forgiveness of sins to everyone in his name (cf. Lk 24:47). Let us never grow tired of proclaiming God’s forgiveness: we priests, of administering it; all Christians, of receiving it and bearing witness to it. Let us never grow tired when it comes to God’s forgiveness.

Father, forgive them for they know not what they do. Let us observe one more thing. Jesus not only asked that they be forgiven, but also mentioned the reason why: for they know not what they do. How could that be? Those who crucified him had premeditated his killing, organized his arrest and trials, and now they were standing on Calvary to witness his death. Yet Christ justifies those violent men by saying: they know not. That is how Jesus acts in our regard: he makes himself our advocate. He does not set himself against us, but for us and against our sins. His words make us think: for they know not. It is the ignorance of the heart, which all of us have as sinners.

When we resort to violence, we show that we no longer know anything about God, who is our Father, or even about others, who are our brothers and sisters. We lose sight of why we are in the world and even end up committing senseless acts of cruelty. We see this in the folly of war, where Christ is crucified yet another time. Christ is once more nailed to the Cross in mothers who mourn the unjust death of husbands and sons. He is crucified in refugees who flee from bombs with children in their arms. He is crucified in the elderly left alone to die; in young people deprived of a future; in soldiers sent to kill their brothers and sisters. Christ is being crucified there, today.

Father, forgive them for they know not what they do. Many people heard these extraordinary words, but only one person responded to them. He was a criminal, crucified next to Jesus. We can imagine that the mercy of Christ stirred up in him one last hope and led him to speak these words: “Jesus, remember me” (Lk 23:42). As if to say: “Everyone else has forgotten me, yet you keep thinking of those who crucify you. With you, then, there is also a place for me”. The good thief accepted God as his life was ending, and in this way, his life began anew. In the hell of this world, he saw heaven opening up: “Today you will be with me in Paradise” (v. 43). This is the marvel of God’s forgiveness, which turned the last request of a man condemned to death into the first canonization of history.

Brothers and sisters, in the course of this week, let us cling to the certainty that God can forgive every sin. He forgives everyone. He can bridge every distance, and turn all mourning into dancing (cf. Ps 30:12). The certainty that with Jesus there is always a place for everyone. That with Christ things are never over. That with him, it is never too late. With God, we can always come back to life. Take courage! Let us journey toward Easter with his forgiveness. For Christ constantly intercedes for us before the Father (cf. Heb 7:25). Gazing upon our violent and tormented world, he never tires of repeating: Father, forgive them for they know not what they do. Let us now do the same, in silence, in our hearts, and repeat: Father, forgive them for they know not what they do. 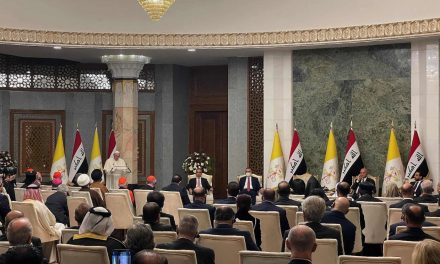 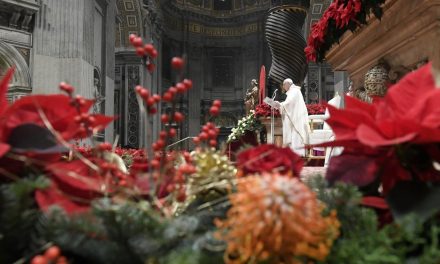 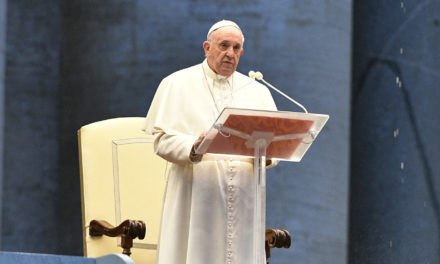 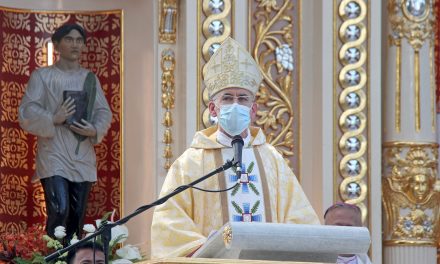