Google searches for “prayer” have surged worldwide in step with the increasing cases of COVID-19, according to a European researcher. CNS

ROME— Google searches for “prayer” have surged worldwide in step with the surge of emerging cases of COVID-19, according to a European researcher.

The rising interest in seeking information about “prayer” on Google “skyrocketed during the month of March 2020 when COVID-19 went global,” wrote Jeanet Sinding Bentzen, an associate professor in the Department of Economics at the University of Copenhagen, Denmark, and executive director of the Association for the Study of Religion, Economics and Culture.

Using Google Trends data on internet searches for “prayer” for 75 countries, she said she found that “search intensity for ‘prayer’ doubles for every 80,000 new registered cases of COVID-19.”

The findings were part of a preliminary draft study titled, “In Crisis, We Pray: Religiosity and the COVID-19 Pandemic,” released online March 30 for public comment. The working paper was to be updated with new data “regularly,” she wrote.

Bentzen, who authored a paper in 2019 looking at the impact natural disasters had on “religiosity,” said she wanted to study whether the COVID-19 crisis was impacting “one of the deepest rooted of human behaviors — religion.”

Specifically, she said she wanted to know whether the pandemic “has intensified the use of religion” globally, given that the coronavirus has affected more than 200 countries to date.

The data-timeline showing “search intensity on ‘prayer’ is flat before a country registers its first case of COVID-19,” and then drastically rises after the first case is registered in a country for all regions of the world, including Muslim majority nations, she wrote.

“The increases in prayer intensity documented here are the largest the world has experienced since 2004, the earliest date for which the Google Trends data is available,” she wrote. Google Trends measures keyword searches as a share of all total searches so any increase in internet activity doesn’t skew the data.

Bentzen concludes that “we humans have a tendency to use religion to cope with crisis. The COVID-19 has proven no exception.”

“The rise in prayer intensity supersedes what the world has seen for years” and may likely continue to rise as the crisis worsens, she added.

In response to Bentzen’s request for comments, some researchers cautioned against her assumption that “an increased share of Google searches for religious terms thus reveals an increased demand for religion.”

One U.S. professor of sociology said the data only proved that more people were googling “prayer” and, without knowing people’s motives or background, it was not necessarily evidence of “an increase in religiosity.” The searches could “very well be the people who would normally have attended religious services but now can’t,” so rather than representing a net increase in a “demand for religion,” it may reflect a growing need to access resources and services online.

But whatever the motives or reasons for the surge in searches, the online demand is real and massive with some Catholic outlets already responding to the huge increases they have seen on their own platforms.

James L. Rogers, chief communications officer at the U.S. Conference of Catholic Bishops, told Catholic News Service that, as of March 23, “mentions for the USCCB on Twitter increased 2,783% and the number of Facebook followers increased 172%, the second straight week of triple digit increases.”

“Correspondingly, the number of incoming messages to our Facebook account increased 177%. Many of the messages were prayer requests or advice on prayers,” he wrote by email April 3.

Rogers said it made him think of the 2015 Synod of Bishops on the Family “and how prophetic its focus on the domestic church now seems.”

“Practical advice for how best to start or strengthen the prayer space in your own home does seem to me to be driving a lot of the traffic. That’s why our social media has tried to focus on simple ideas that anyone could try to get them started,” he added.

John Grosso, director of digital media at the Diocese of Bridgeport, Connecticut — one of many states with active stay-at-home executive orders — told CNS by email he has seen “an online tidal wave of new social media followers, website views, email newsletter sign up, video views and podcast listeners.”

There are a lot of “new names” appearing on their social media and he is hearing from new people, he wrote.

“I am anecdotally hearing many stories from people who said they have not been in church, to church or connected with their church in some time, but something about this pandemic drew them in,” he added.

Responding to the Bentzen research, he said just because the word “prayer” is being searched more does not mean that people are “behaving” more religiously.

However, “online traffic is most certainly up in religious circles. Whether that is because we cannot meet in person, or because we are attracting new or returning Catholics is anybody’s guess. Personally, I think it is a bit of both.”

He said he uses a third-party company that analyzes all of their social media, website and email commentary “and helps us identify trends and thus we can tailor our message.”

Grosso also interprets the data, “identifying key trends based on the time period and then making sure we are messaging appropriately.”

For instance, if a keyword identifier says “prayer” has been referenced a number of times, he takes a random sample to get some specific details and “get a sense of what they really want and where they are asking — social, web, otherwise.”

Then he will try to offer various options: post a video of Bishop Frank J. Caggiano talking about prayer practices; make prayer practices his podcast topic for the following week; request the bishop write a blog-reflection on prayer; or offer links on the website to various prayer practices.

He said he tries to “take a deeper dive into (data) because keywords tell a story” and not project his own thinking or make too narrow an interpretation of a general topic.

With the COVID-19 crisis, he said, “the best thing I can do is allow the data points to represent our constituents, their wants, their needs, their asks. I then do my best to balance that with the messaging” the diocese wants to share with the faithful. 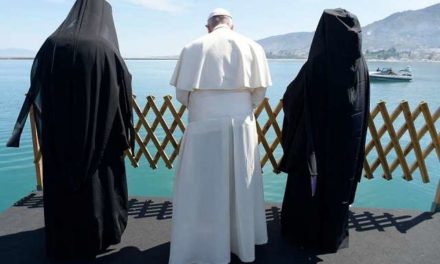 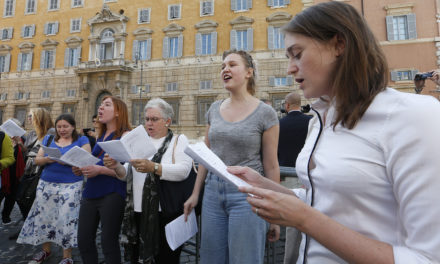 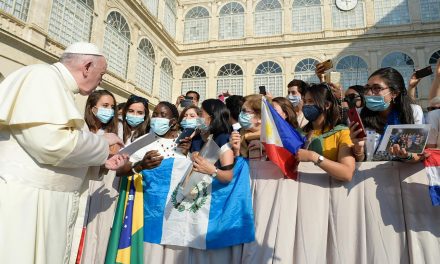