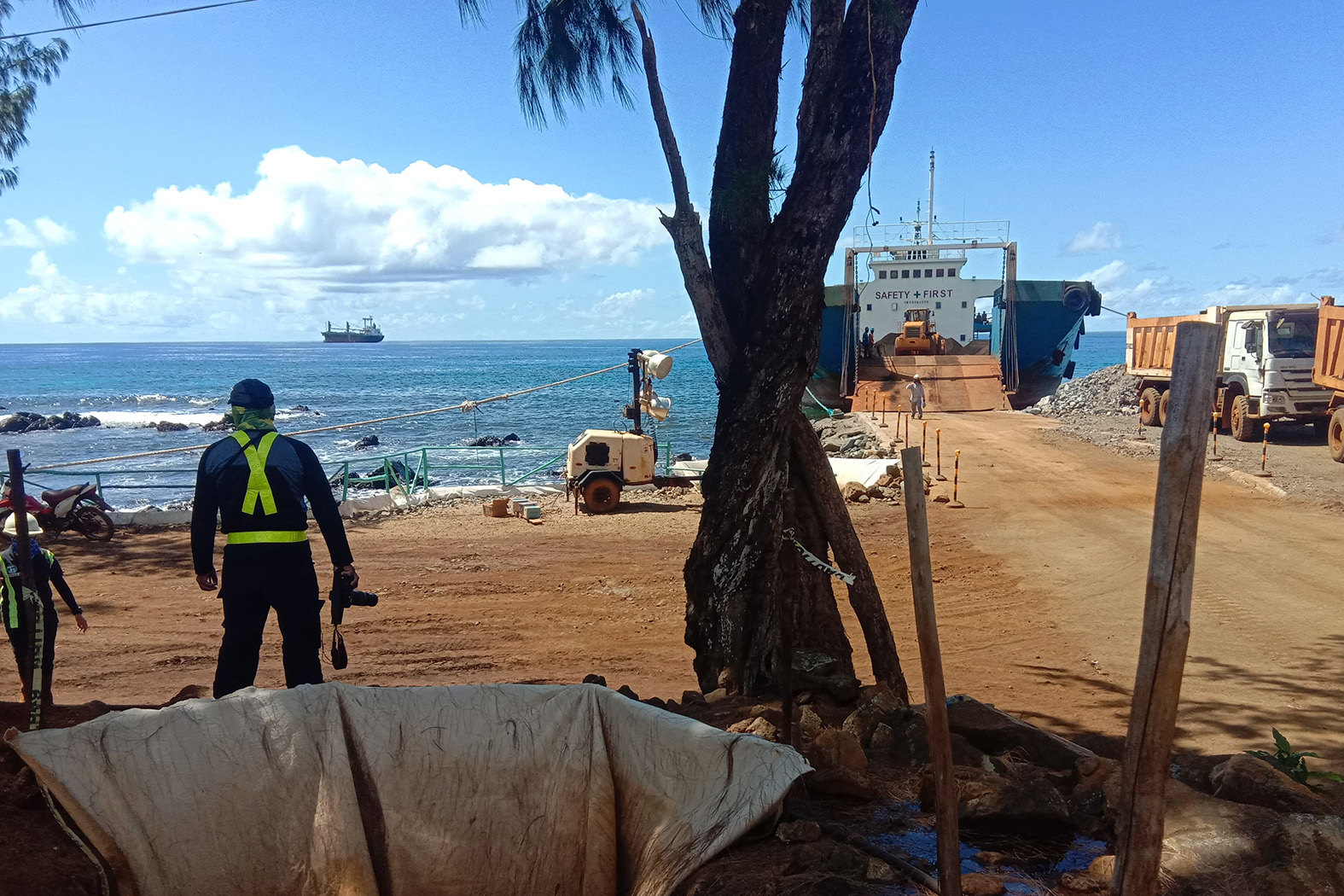 A domestic vessel facilitates the transfer of chromite ores from Techiron port in Homonhon Island to a foreign cargo ship docked few miles away from the shore on April 14, 2020. DAIPEN MONTES/CBCP NEWS

Local Church officials are disappointed over the decision by the government’s body to U-turn on the mineral loading operations of a Chinese-manned vessel on Homonhon Island.

Bishop Crispin Varquez of Borongan said all they were asking was an exercise of prudence to protect the province, which has been under lockdown since March 22 from coronavirus threat.

“This collective stand is based on the principle of general welfare, health and safety of our people,” Varquez said.

The Department on Environment and Natural Resources on April 11 backtracked from its earlier decision to delay the loading activity of MV VW Peace near the island off Guiuan town.

The foreign vessel is manned by a crew of 13 Chinese and 4 from Myanmar, alarming the residents of the potential health risks they might bring.

Fr. Christian Ofilan of the island’s St. John the Baptist Parish repeated his pleas for help from the national government, saying, “It feels like we are on our own at this point”.

“For this government, it is China’s interests first, second our rights,” Ofilan said.

The cargo vessel arrived in the seawaters of Homonhon on April 4 to collect some 7,000 metric tons of chromite ore worth more than P61 million from Techiron’s mining operations.

A domestic ship vessel then facilitates the transfer of ores from Techiron port to the foreign vessel docked few miles away from the shore.

Officials of the town and the province have earlier opposed the loading activity until the health crisis is over.

Daipen Montes, one of the island’s more than 8,000 residents, said they are “disgusted” with the DENR for the allowing the loading operations even in this time of pandemic.

Fr. Ofilan also lamented that some of his parishioners have experienced discrimination from some mainland Guiuan residents because of the Chinese-manned vessel on their island.

“This is unfair and very unfortunate,” he said. 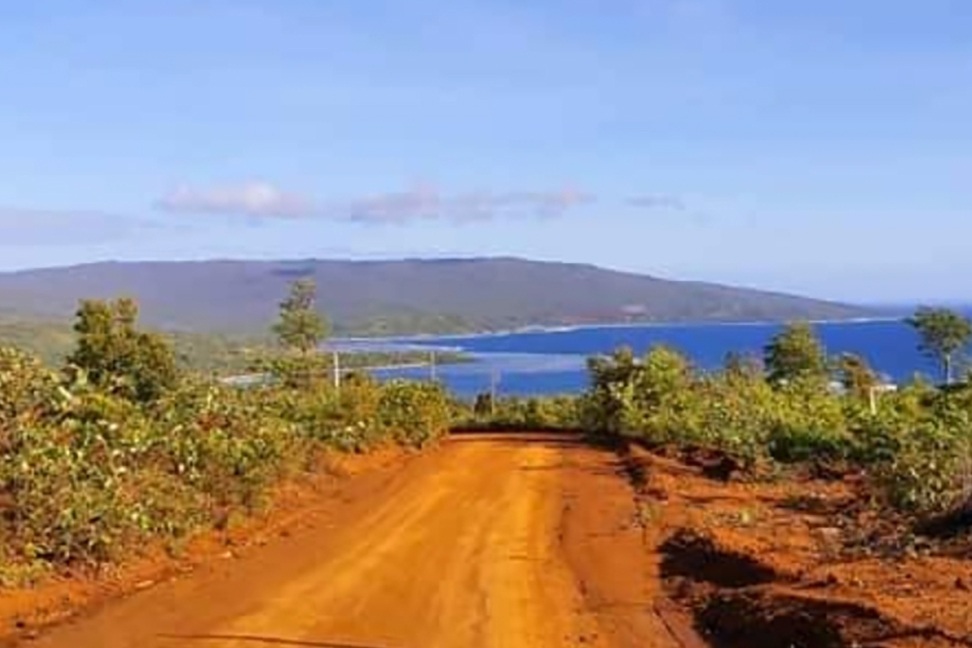 A foreign-vessel has been ordered by the country’s environmental body to stop loading chromite ore from Homonhon Island, off Guiuan town in Eastern Samar.

The MV WV Peace cargo vessel arrived in the seawaters of Homonhon on Saturday when Eastern Samar province was under strict quarantine due to the threat of coronavirus.

The vessel is currently anchored off the Pacific Coast, few miles away from the island.

In a message to Fr. Christian Ofilan of the St. John the Baprist Parish in Homonhon, Cimatu said the move was a precautionary measure against the spread of the coronavirus.

“I already directed the MGB including the Regional Director to stop all transport of mineral ore from Homonhon Island due to the virus crisis,” Cimatu told Fr. Ofilan.

The priest earlier said that his parishioners are “anxious” over the entry of the vessel manned by a crew of 13 Chinese and four from Myanmar.

The vessel will reportedly load about 7,000 metric tons of chromite ore of the Techiron Mining Company operating on the island.

“This issue has given our people undue anxiety over their safety,” Fr. Ofilan said. 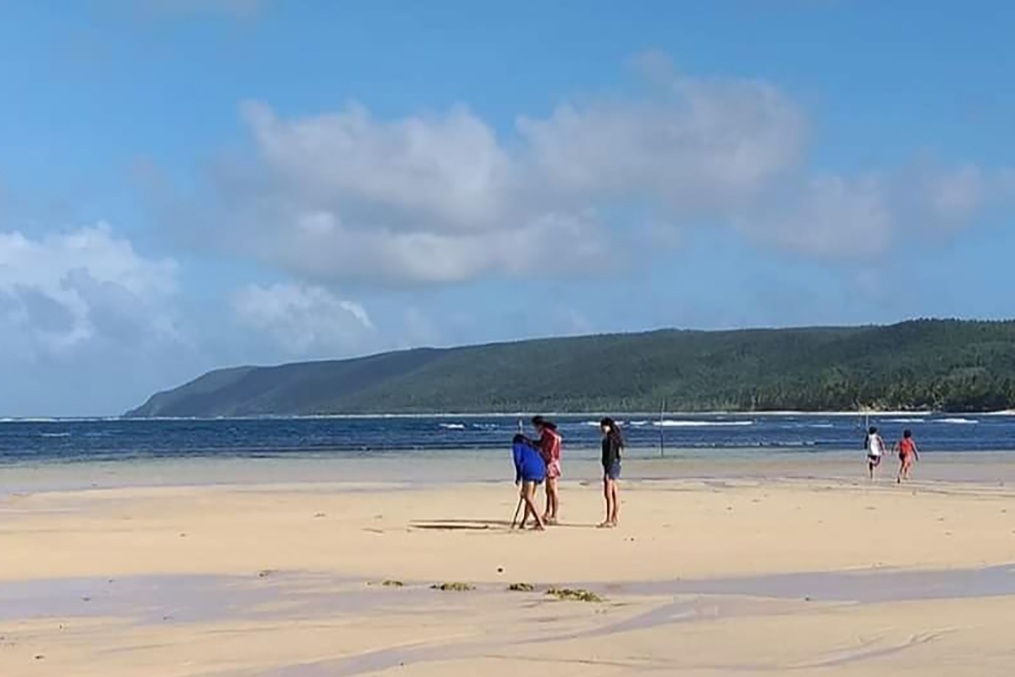 A Catholic priest has raised concern over the scheduled entry of a Chinese-manned vessel on Homonhon Island in Eastern Samar, which has been under lockdown since last week.

The cargo vessel is expected to arrive in Homonhon over the weekend to load an estimated 7,000 metric tons of chromite ores from the mining operations of Techiron Resources Inc.

Fr. Christian Ofilan of the island’s St. John Baptist Parish said that the people are “anxious and concerned” about the entry of the vessel amid the threat of coronavirus spread.

“We have to protect the common good, our health,” Fr. Ofilan said.

“We are appealing to all relevant authorities to temporarily postpone the scheduled loading of minerals here in Homonhon until after this health crisis,” he said.

Once the loading is completed, the foreign vessel will reportedly leave the island in Guiuan town and directly sail to China.

Homonhon is home to around 4,800 people from eight barangays across the island.

Mining operations have been ongoing since the early 1990s on the historic island, where Christian faith first arrived in the Philippines 499 years ago.

Homonhon is the spot where Portugese explorer Ferdinand Magellan and his men first landed in the archipelago and took a weeklong respite in 1521.

Since March 22, the province has been under at least a month-long “general community quarantine” to prevent the spread of the Covid-19.

In a resolution, Gov. Ben Evardone said that “all entries of non-residents to the provincial coastlines, regardless of origins, are hereby prohibited”.

He also tasked concerned agencies to “refuse the entry of any vessel attempting to dock and enter the province through the coastlines”. 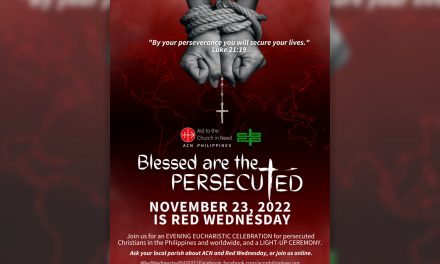 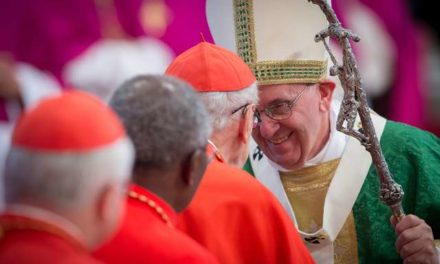 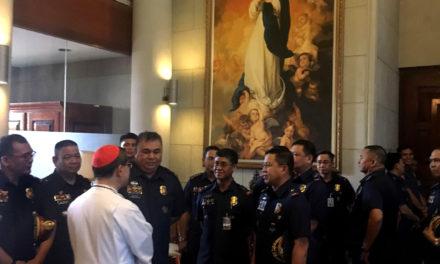 Cardinal Tagle to police: Be instruments of harmony