BEFORE the collapse of Communism in 1990, many idealists from the world over, recognizing the evils of capitalism, thought that communism, with its program of violent revolution, would establish heaven on earth–the classless society. Thus, the Constitution and By-Laws of the Hukbong Magpapalaya ng Bayan (HMB, 1950) in the country declares in its preamble: “In the face of these national crimes and treachery we have no other recourse but to act. We… consider it our duty… to band together and resort to our inherent right and only remaining means to save our country and our nationhood—armed uprising or revolution.” But after a communist revolution, heaven does not really come down. As Alexander Solzehnitsyn writes: “Communism was condemned the day it was born… Inside the Soviet Union it held on for seventy years only thanks to repression and blood violence—don’t forget that it killed up to 60 million people. Abroad it was able to hold sway thanks to demagogy and lies. It fascinated the West, because it was like a sickly blossoming of humanism. Didn’t the intellectuals of the 1930s believe that it had brought us paradise on earth?” There is really much truth to the maxim attributed to John Galbraith: “Under capitalism, man exploits man. And under communism, it is the exact opposite.”

What does the Church have to say to men and women who aspire to alter the present order of injustice and violence and replace it will a new one, just and more humane? The Church is, of course, not insensitive to the existence of serious injustices that build a network of domination, oppression and abuses, and to the new awareness that shakes people of out fatalistic resignation and spurs them on to liberate themselves and be responsible for their own destiny (cfSynod of Bishops, Convenientes ex universo). After all, it is the bearer of the Gospel, which is precisely the Good News of salvation; and, as such, represents God’s will to change this world of sin, division and injustice, since God himself wishes all men to be saved (1 Tim 2:4). But the Church is not equivocal about changing the world by means of armed revolution; it outrightly rejects it, because it is not consistent with the teaching and life of Jesus. What the Church sanctions finds answer in this Sunday’s Gospel.

The Sunday reading is part of the Sermon on the Mount (Matt 5-7) in which Matthew outlines what is distinctively Christian in the life of the community of believers. For Matthew, the Christian community does not isolate itself from the world of sin and injustice, but has a role to play in the transformation of that world. That function he describes as being a city set on a hill: “You are the light of the world. A city set on a hill cannot be hidden” (Matt 3:14). Here Jesus was speaking to his disciples about their function in the world. This imagery is undoubtedly taken this text in Isaiah: “In the days to come, the mountain of the Lord’s house shall be established as the highest mountain, and raised above the hills. All nations shall stream toward it; many peoples shall come and say: Come, let us climb the Lord’s mountain, to the house of the God of Jacob, that he may instruct us in his ways, and we may walk in his paths” (Isa 2:2-3a). In this passage, the mountain represents the people of God who do his will, who are faithful to his covenant. By appropriating this imagery and applying it to his disciples, Jesus wanted to emphasize that the world of sin and injustice cannot be changed through violent revolution, but through his community of disciples who fulfill their role as a city set on a hill that gives light to the world. Which is why in Matthew, before Jesus delivered the Sermon on the Mount, he first called some men to constitute the community of disciples (Matt 4:18-22), and it is this community that he describes as a city set on a hill.

As the light of the world, this community that Jesus had in mind holds values that contradict the values of this world. If the present world values power, wealth, honor and domination, the community of disciples will value their exact opposite: weakness, poverty, and slavery. That is why, in sharp contrast with the world, the disciples are to become poor, sorrowing, thirsty, hungry and weak (Matt 5:3-112). As such, they have nothing to boast before the world. Instead of being a community held captive by power, money and influence, the disciples are a community that is characterized by freedom from these. Thus, in Luke’s account of the early Church, we are told that the community of believers was poor, but the members were one in heart and mind (Acts 4:32). In John, the disciples are recognized as Christ’s community in their love for one another (John 13:35). The same qualities are emphasized in Paul’s description of the community: “I plead with you to live a life worthy of the calling you have received, with perfect humility, meekness, and patience, bearing one another lovingly. Make every effort to preserve the unity which has the Spirit as its origin and peace as its binding force. There is but one body and one Spirit, just as there is but one hope give all of you by your call” (Eph 4:1-4).

It is by living this kind of life that the community of disciples functions like a city set on a hill that gives light to the world. Hence, Jesus described the community as “the light of the world” (Matt 3:14). With such kind of life, the disciples lead a life that is in contrast with the world. But Jesus was convinced that if the community is faithful to its call, it will have an influence on the nations. Like a city set on a hill that cannot be hidden, the quality of life that the community leads will not be hidden; nations will take notice of it and ask: why do these people live that kind of life? Jesus must have thought that because of the quality of life lived by the community members, it would earn the admiration and envy of men. As Isaiah points out, when the community becomes an example of a people who, because of their love, release those bound unjustly, who free the oppressed and break every yoke, sharing the bread with the hungry, and sheltering the homeless, their light will break forth (Isa 58:6-8a, First Reading). Thus, it truly reflects the presence of God for other nations to see. Since in their manner of life and action the glory of God is manifested, other nations will stream toward it (Isa 49:6), and learn from its ways. Thus, evil nations will be transformed even without violence.

Violence begets violence. Revolution always engulfs its sons and daughters. Theologically considered, violence is a contradiction of faith in God, the creator of man, who cares for man and loves him (Pope’s Message for the World Day of Peace). That is why a Christian, qua Christian, cannot espouse violence. Of course, it is often said that what is needed is a change of heart. This is needed, it is true, but this approach is too individualistic, and fails to take into consideration that man is conditioned by society and culture. A change of heart would not be workable without a community or environment that makes the change possible. That is why the present Gospel text actually provides a third alternative to social change: not by violent revolution, not simply by a change of heart, but through a community that exhibits the new life in Jesus. By its way of life, by being a contrast-society, the Christian community can renew the world of sin and injustice. Of course, for people who think they are “wise” in the ways of the world, this might appear impractical, even quixotic. This is precisely the reason why hardly any world leaders listen to this teaching but rather resort to their own wisdom which they think is practical and effective—kill those who they think are evil! But what the world considers a wise decision is folly before God, whose wisdom defies the wisdom of men. The Christian community, on the other hand, rests not on the wisdom of men but on the power of God (1 Cor 2:5, Second Reading.) 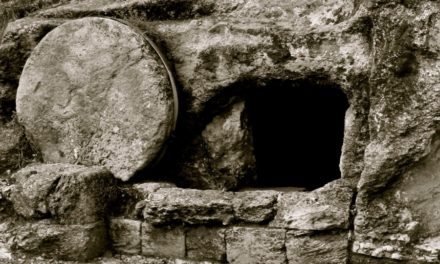 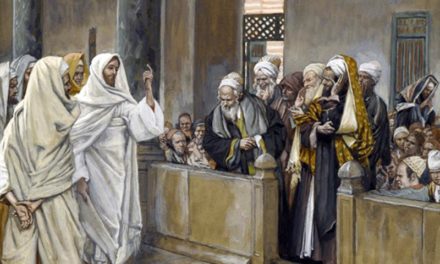 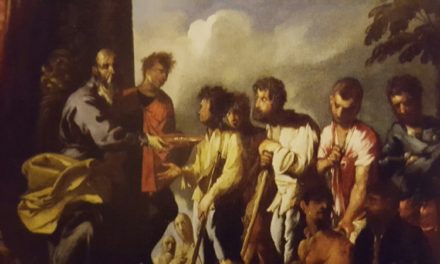 Learning from God to be magnanimous 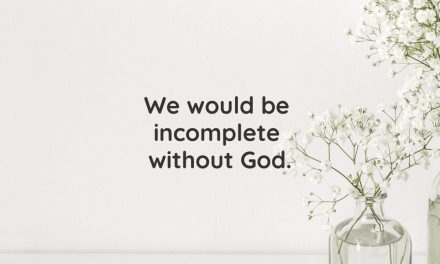