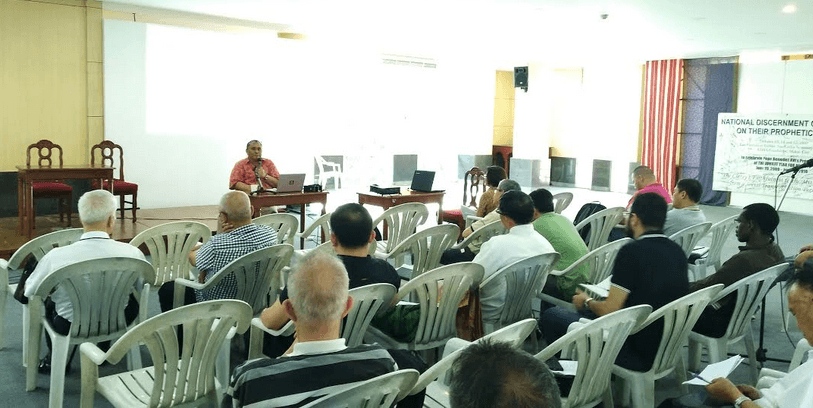 Allan Alegre of the Commission on Human Rights (CHR) gave an overview of the history of human rights work in the Philippines as well as the current trends of human rights violations in the country at the National Discernment of Priests on their Prophetic Role, March 6, 2018. NICO BALBEDINA

A representative of the Commission on Human Rights (CHR) placed the Duterte administration’s war on drugs and extra-judicial killings in a family context, further highlighting why it is simply indefensible.

According to the human rights advocate, he usually cites the aforementioned family scenario to supporters of the administration’s war on drugs, who believe drug addicts can and should be killed.

“[The war on drugs] normalizes the war mentality. ‘There is an enemy, us and them.’ [It’s about the] other, othering,” said Alegre, noting how the present administration’s all-out war against illegal drugs is not unlike other governments in other countries that consolidate and use power to “destroy their enemies.”

Speaking to priests from all over the country, he categorically stated that the issue of extra-judicial killings is not about whether or not the state is behind the killings.

“I will cut to the chase. The conclusion is there is impunity. Impunity in international human rights is the failure to bring perpetrators of rights violations to justice,” explained Alegre during the event organized by the National Clergy Discernment Group.

According to him, the CHR is simply overwhelmed by the volume of EJK cases, half of which the institution has been unable to investigate due to lack of manpower and resources.

“We are only able to investigate 1,200 EJKs. We are just 600 [people in the CHR], said Alegre, noting that the official EJK count of the Philippine National Police, the National Bureau of Investigation, and the Philippine Drug Enforcement Agency
is at 3,987 while the Human Rights Watch says EJK cases are at 7,000.

Meanwhile, several media outfits claim it is possible the figure could be anywhere between 9,000 – 13,000.

According to Msgr. Manuel G. Gabriel, convenor of the gathering, the event was organized to help reactivate “’circles of discernment’ – to discern, decide, and act what is necessary in the light of Gospel values the urgent moral task that seriously impacts the future of our nation.” 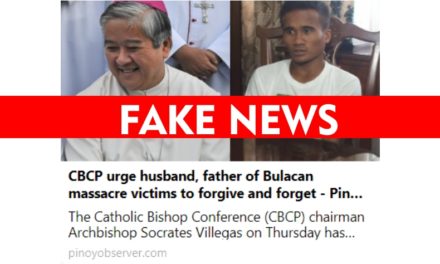 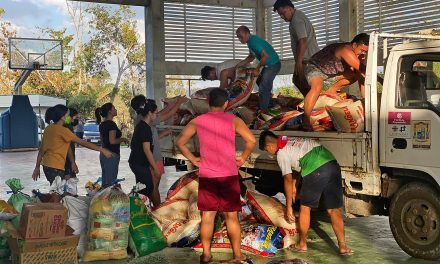 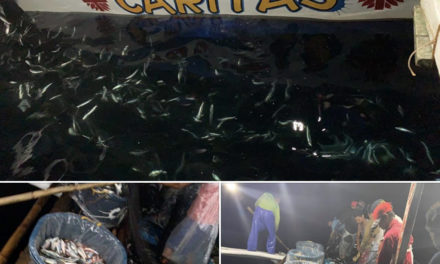