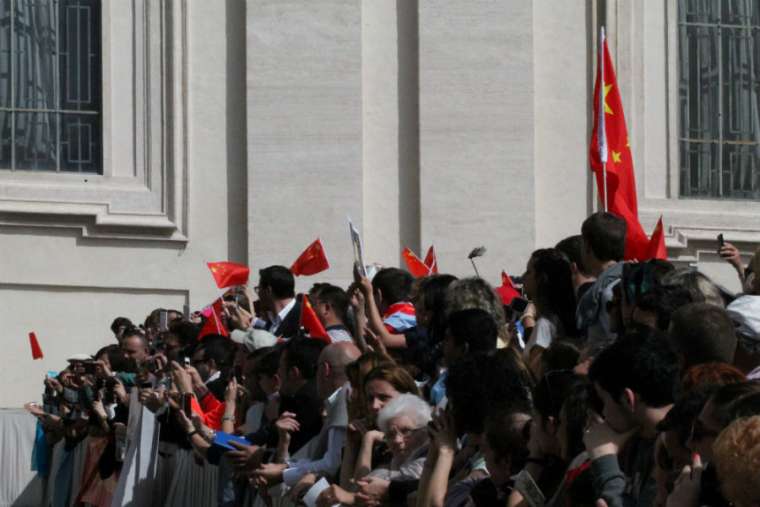 Pilgrims from China at a general audience in St. Peter’s Square. Martha Calderon/CNA

Continuing a controversial plan, Chinese bishops allied with the government have told dioceses to prepare local versions of a “Sinicization” program to bring the Catholic Church more in-line with the government’s understanding of Chinese culture, society and politics.

“It is to complete the Chinese-style socialist road within five years,” a source in Hibei province told UCA News. “Even if they do not get approval from the Holy See, they will still get trust from the government.”

The Sinicization program could be a factor in ongoing Chinese-Vatican relations, the source said: “China and the Vatican can establish diplomatic relations regardless of the conditions, and the mainland can still tighten its grip on the Church with its plan.”

The Catholic Church in China has been split between the government-sanctioned Chinese Patriotic Catholic Association and the underground Church, which is persecuted and whose episcopal appointments are frequently not acknowledged by Chinese authorities.

The underground churches are monitored by local officials but generally tolerated. However, many underground priests, bishops, and laity have faced persecution and harassment.

In June, government authorities in Henan province destroyed images of the Way of the Cross at Our Lady of Mount Carmel, a popular Christian destination since 1903.

The Holy See has pursued an agreement with the Chinese government, one that could eventually lead to Vatican recognition of seven illicitly ordained bishops aligned with Beijing and to a more normal life for underground Catholics. However, there have been reports that some bishops long loyal to the Holy See have been asked to resign their sees or retire early to make way for government-appointed replacements as part of this plan.

Training programs about the process have been run in all the dioceses of Hebei province, which is in northern China near Beijing, and in the Diocese of Yibin in southwestern China’s Sichuan province.

The Sinicization effort follows new regulations on religious activities in China which took effect February 1. Worship is allowed only in designated churches and according to a schedule approved by government administrators. Worship is illegal in every other place, including private houses.

Group prayer in private houses is forbidden, and can result in arrest. The regulations also require that every church must display at its entrance a notice that the building is “prohibited to minors under age 18” and that children and teenagers are not allowed to take part in religious rites.

The Sinicization program has met considerable resistance from critics, both in China and abroad.

In February, Daniel Mark, chairman of the U.S. Commission on International Religious Freedom, wrote in First Things that Sinicization of religion is “a process of manipulating and subduing faith so as to render it compatible with the state’s totalitarian aims.”

Fr. Benoit Vermander, a Jesuit priest in China, attempted to outline a path for “Sinicization” of religion in the March 3 issue of the Jesuit-run journal La Civiltà Cattolica, whose publication is overseen by the Vatican’s Secretariat of State.

While there are “evident dangers” in following a top-down policy that can bring “a substantial loss of identity,” he argued, Catholics should not avoid “Sinicization” simply because it is government backed. Rather, despite the problems created by the policy, dialogue between Catholics and the Communist government is needed.

Vermander argues that Christian churches should listen to the government’s appeal for Sinicization and “examine which kind of changes it could lead them to imagine and undertake,” while “being aware of the danger.”

Professor Ying Fuk-tsang, director of the divinity school at the Chinese University of Hong Kong, told UCA News that Sinicization is unavoidable for all religions in China following President Xi Jinping’s proposal of the program in 2015.

The Chinese government has proposed Sinicization in three areas: political identity, social identity and cultural identity. The Catholic five-year plan accomodates all three of these aspects.

Interpreting progress from the basis of Catholic theology and doctrine will be the main focus, Ying said, “because the central government’s main concern for the Sinicization of religion is not cultural, but political and social.”

Ying said the Sinicization plan would be incorporated into the localization of the universal Church within the context of the Second Vatican Council.

The plan says the history of the Chinese Catholic Church can learn lessons from Catholicism’s actions under the Ming and Qing imperial dynasties, when the faith was sometimes banned and the faithful persecuted.

“If you have a bad relationship with an imperial power and tradition, you will have the consequences of prohibition,” said Ying. He contended that Matteo Ricci should be the basis for this religious Sinicization in the 21st century because of the Jesuit missionary’s efforts to adapt Christianity to Chinese culture.

Fr. Vermander said that Catholic and Protestant evangelization in 19th century “often lacked cultural sensitivity” and combined the Gospel with elements foreign to it, meaning Western civilization exported not only its faith, but its conflicts.

However, he said, “inculturation is the result of a process of popular appropriation that no one can really govern.” He pointed to Chinese Catholics who have adopted the rosary and litanies to saints into their family life.

He proposed Christian engagement in “creative inculturation.” Spiritual theology can draw on Confucian and Taoist resources to consider how God makes people experience his presence. In culture and art, Christians can try to speak to a wider audience in a way “of great benefit for Chinese Christianity and for the society in general.” They can also respond to current situations with “awareness and social action,” such as in addressing the inequalities and social imbalances President Xi Jinping has lamented.

“Christianity,” Fr. Vermander concluded, “can certainly become more Chinese; at the same time, it can help China to become more open and harmonious.” 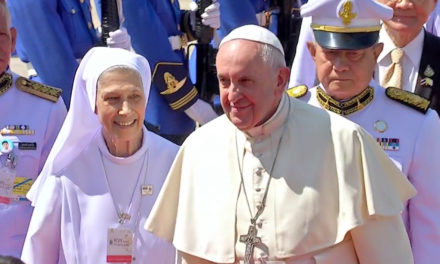 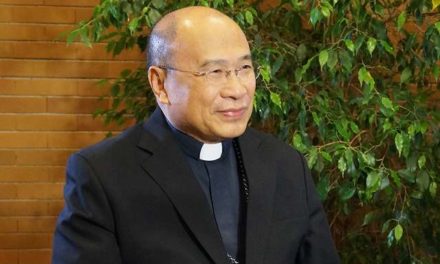 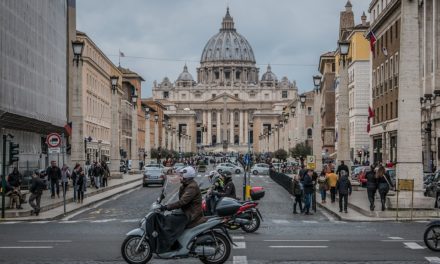