In a letter, pope encourages priests dejected by abuse crisis 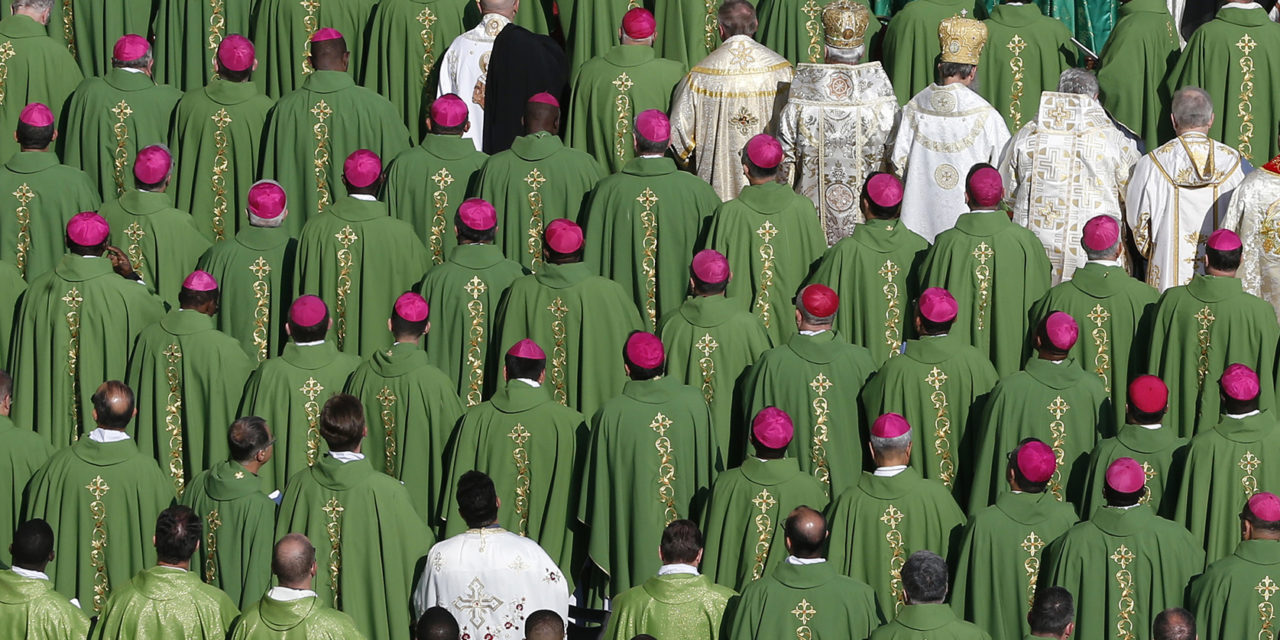 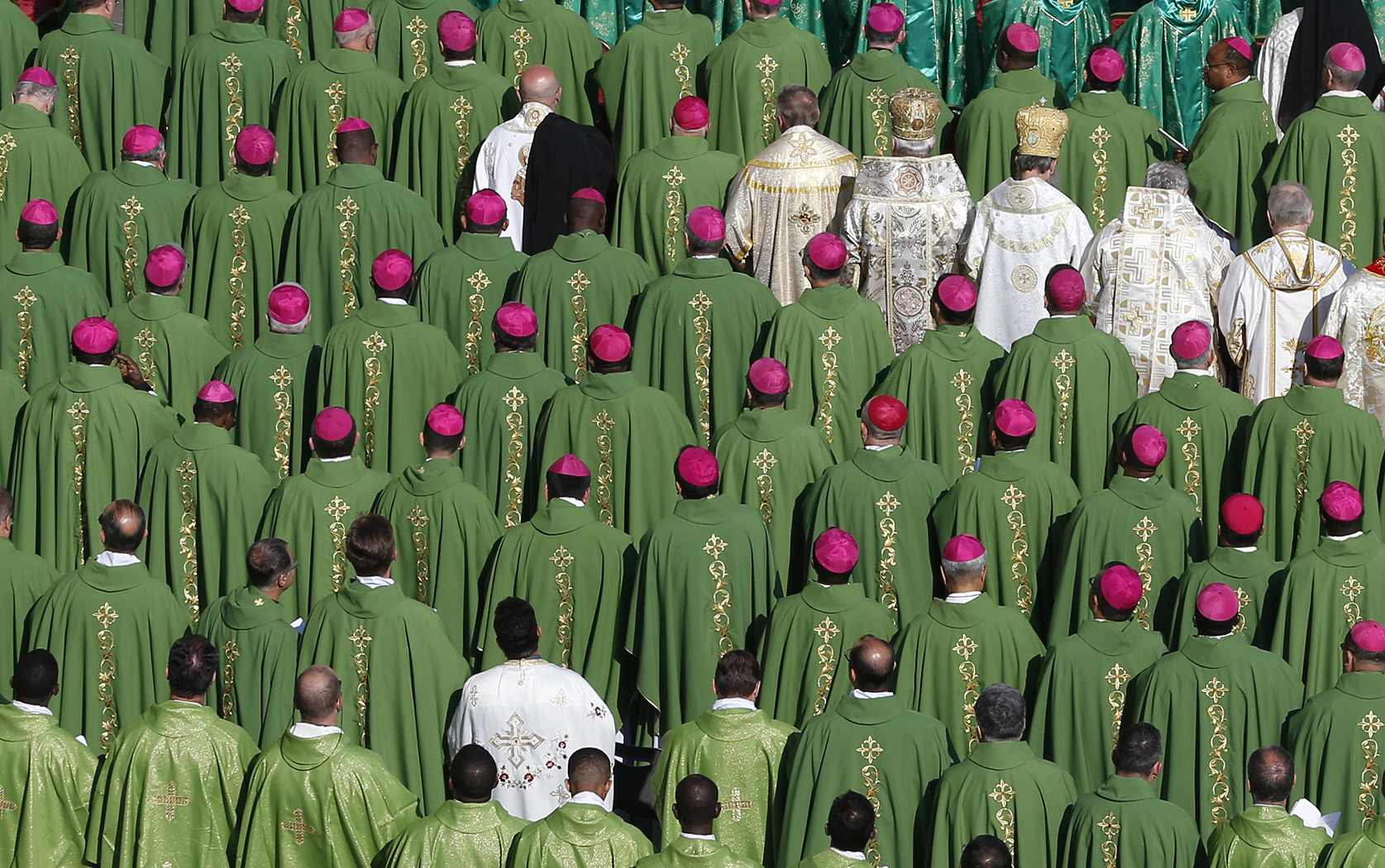 Bishops and priests attend the opening Mass of the Synod of Bishops on young people, the faith and vocational discernment at the Vatican, Oct. 3, 2018. PAUL HARING/CNS

VATICAN— Pope Francis acknowledged the shame and frustration felt by priests who are discouraged by the actions of fellow clergy members who betrayed the trust of their flock through sexual abuse and abuse of conscience and power.

In a letter addressed to priests around the world Aug. 4, the pope said that many priests have spoken or written to him expressing “their outrage at what happened” and the doubts and fears the sexual abuse crisis has caused.

“Without denying or dismissing the harm caused by some of our brothers, it would be unfair not to express our gratitude to all those priests who faithfully and generously spend their lives in the service of others,” he said.

Commemorating the 160th anniversary of the death of St. John Mary Vianney, patron saint of parish priests, the pope praised those priests who, like their patron, carry out their mission “often without fanfare and at personal cost, amid weariness, infirmity and sorrow.”

However, he also shared his concern that many priests “feel themselves attacked and blamed for crimes they did not commit.”

The revelations of sexual abuse and cover-up by clergy members, he explained, has “been a time of great suffering in the lives of those who experienced such abuse, but also in the lives of their families and of the entire people of God.”

The pope added that priests have not been immune to the pain felt by the faithful and “embody a spiritual fatherhood capable of weeping with those who weep.”

“Countless priests make of their lives a work of mercy in areas or situations that are often hostile, isolated or ignored, even at the risk of their lives,” he said. “I acknowledge and appreciate your courageous and steadfast example; in these times of turbulence, shame and pain, you demonstrate that you have joyfully put your lives on the line for the sake of the Gospel.”

Nevertheless, the pope said, the current crisis is a time of “ecclesial purification” that “makes us realize that without (God) we are simply dust.”

“He is rescuing us from hypocrisy, from the spirituality of appearances. He is breathing forth his spirit in order to restore the beauty of his bride, caught in adultery,” he said. “Our humble repentance, expressed in silent tears before these atrocious sins and the unfathomable grandeur of God’s forgiveness, is the beginning of a renewal of our holiness.”

Pope Francis also encouraged priests to find the strength to persevere while warning them not to succumb into the temptation of despair “amid trials, weakness and the consciousness of our limitations.”

Gratitude for all the ways God has shown love, patience and forgiveness “is always a powerful weapon” that can “renew — and not simply patch up — our life and mission,” he said.

The pope also called on priests to not be tempted by sadness which can turn into a habit and “lead us slowly to accept evil and injustice by quietly telling us: ‘It has always been like this.'”

That sadness, he said, “stifles every effort at change and conversion by sowing resentment and hostility.”

Pope Francis said that by establishing a personal relationship with Christ and the people they serve, priests will “never lose the joy of knowing that we are ‘the sheep of his flock’ and that he is our Lord and shepherd.”

The pain “of so many victims, the pain of the people of God and our own personal pain cannot be for naught,” he said. “Jesus himself has brought this heavy burden to his cross and he now asks us to be renewed in our mission of drawing near to those who suffer, of drawing near without embarrassment to human misery, and indeed to make all these experiences our own, as Eucharist.” CBCPNEWS 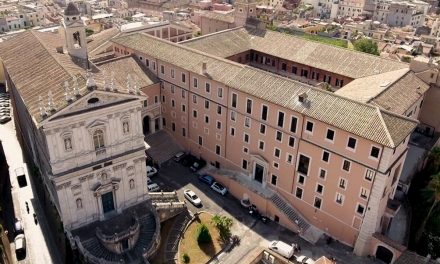 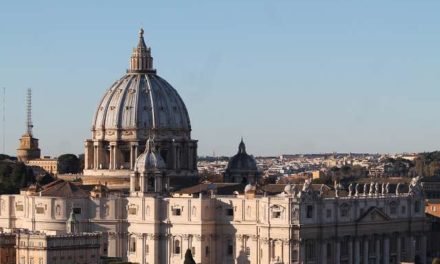 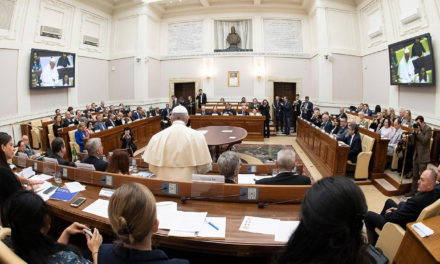 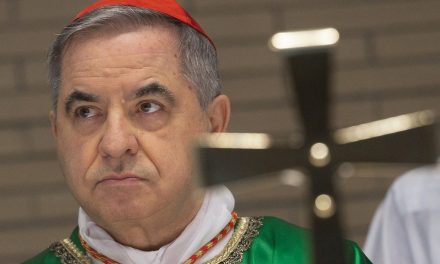